Family cat killed by stray bullet through window in Connecticut 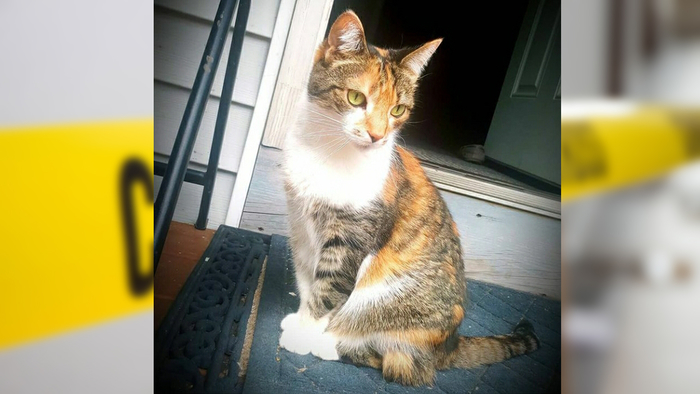 A family cat was shot and killed when bullets ripped through a home in Connecticut over the weekend.

The gunshots rang out in the area of a residential building on West Main Street in Norwalk around 11:15 p.m. Sunday.

One of the shots went through a window into a residence and struck 15-year-old Cali, who was sleeping on a chair at the time.

The owner was home with her boyfriend and 13-year old son at the time.

“I thought it was fireworks or firecrackers too close to the house, and then I heard a thump,” she said. “I came out to the living room to see what it was, and I saw the cat on the floor. She was flailing all over the floor. I thought she was having a seizure, and then I saw she was bleeding, so I realized they were gunshots not fireworks.”

There were nine bullet holes on the exterior of the building, and some went through walls in the apartment.

Another bullet went through a different apartment and burst a pipe.

Police officers immediately responded to the area and learned that just after the shots were heard, a vehicle was heard screeching its tires and leaving at a fast rate from the area.

The Detective Bureau responded to the scene and took over the investigation.

Investigators are now looking into the possibility of the shooting being related to recent incidents involving shots fired.

Anyone with information is urged to contact the Norwalk Police Tip Line at 203-854-3111, visit NorwalkPD.com, or text tips by typing “NORWALKPD” into the text field, followed by the message, and sending it to TIP411 (847411).