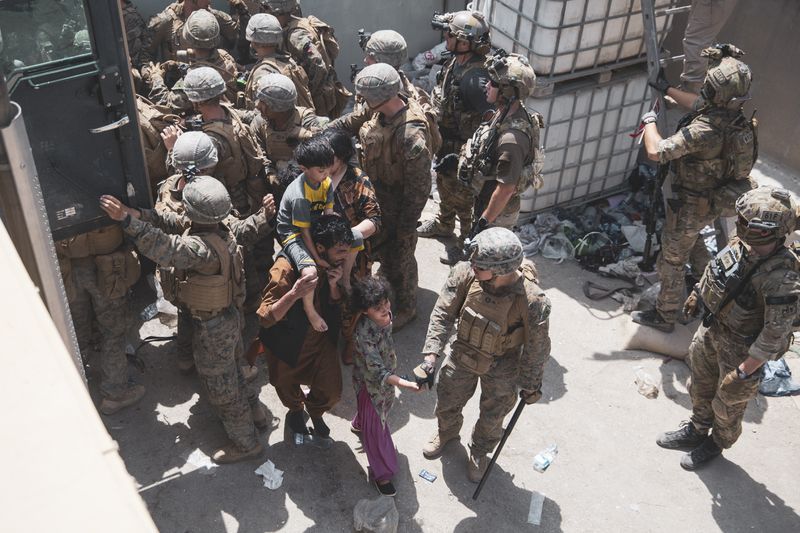 An explosion rocked the gate to Kabul airport Thursday after the U.S. warned of an “imminent” terror threat aimed at the American evacuation effort.

John Kirby, the chief Pentagon spokesman, tweeted that there was no immediate word on casualties among either Afghans hoping to leave the country or American troops providing security for the massive operation.

We can confirm an explosion outside Kabul airport. Casualties are unclear at this time. We will provide additional details when we can.

The apparent attack came hours after U.S. officials warned Americans and other Westerners to stay away from the vicinity of the airport, which remains the only way out of the country as an Aug. 31 withdrawal deadline looms.

He said an attack could happen “within hours” in a statement that echoed the American warning.

The blast underlined the extreme danger that the massive airlift is operating under both for American and other allied forces and those desperately trying to leave Afghanistan.

Despite the terror threat, the evacuations continued at a rapid pace. Some 13,000 people were flown out of Hamid Karzai International Airport in the past 24 hours. That figure represents a dip from the approximately 20,000 that had left the previous two days, but brings the total to about 93,000.

Secretary of State Tony Blinken said about 1,500 Americans are believed to still be in Afghanistan, and about 500 may still want to leave before Aug. 31.

If the terror threat at the airport does not recede, U.S. forces might need to mount more daring helicopter rescue missions to get stranded Americans to safety.

A Taliban spokesman Thursday denied that any terror attack was imminent.

“It’s not correct,” Zabihullah Mujahid, the spokesman, wrote in a text message to the Associated Press, without elaborating.

Taliban militia members sprayed a water cannon at crowds of Afghans gathered at one airport gate to drive them away, while others launched tear gas canisters.

Some of the would-be refugees fled, but others just sat on the ground, covered their faces and waited for the noxious fumes to clear.