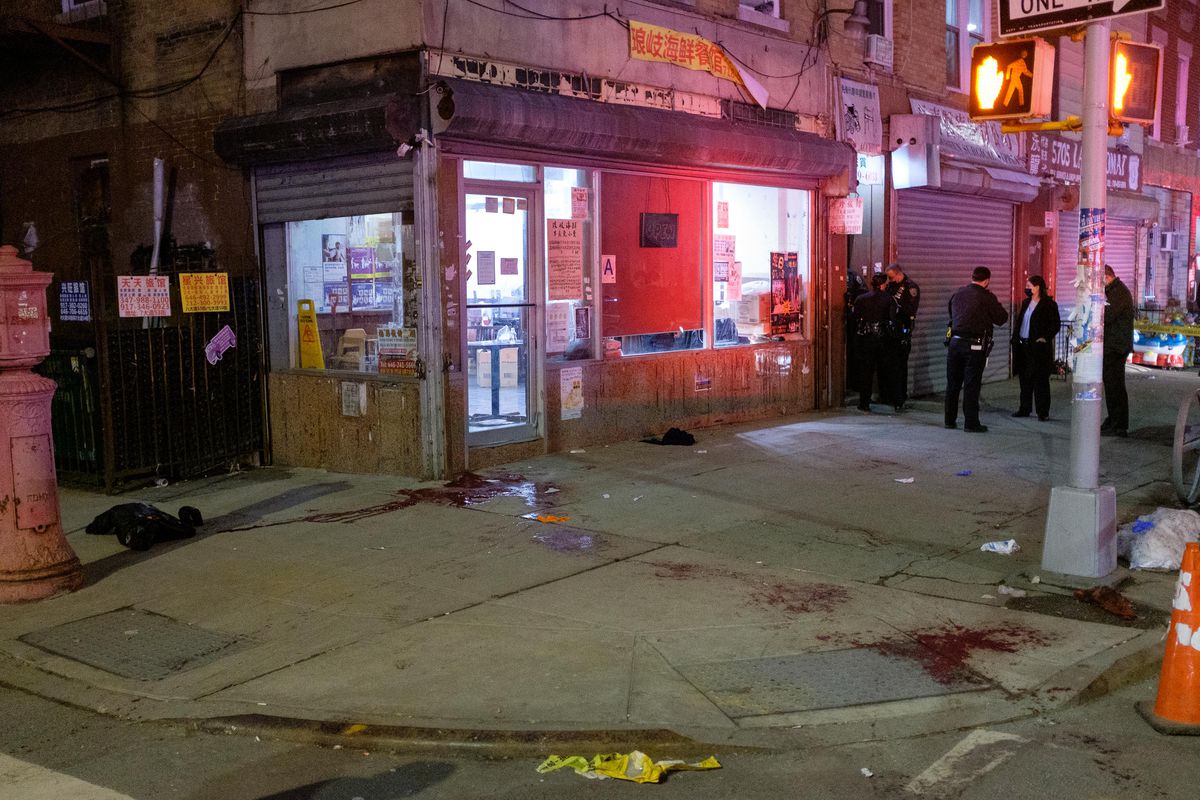 An ex-con who did time in prison for killing someone 25 years ago has now been charged with fatally stabbing a good Samaritan who tried to break up a fight outside a Brooklyn gambling den, police said Monday.

William Smith, 45, of Brownsville, has been charged with murder, robbery and assault for allegedly killing Yong Zheng, 46, in Sunset Park Friday night. He was nabbed Sunday in Bushwick after police tracked his car, which was caught on video leaving the scene.

“I want them all arrested, I want them to be executed,” Zheng’s wife Jin Zhao, 39, said of the suspects Sunday, as her 4-year-old son wiped tears from her face. “Every time I look at my son, I think about the fact that he has no father.”

Smith has five arrests on his record, most recently for DWI in 2010 and selling drugs in 2007.

In 1996 he was arrested for murder, police said. He was convicted of manslaughter and weapon possession, records show, and sentenced to five to 15 years in prison. He was conditionally released by parole in February 2006.

Zheng was returning from dinner with friends around 9:30 p.m. when he stumbled upon two groups of men battling near Seventh Ave. and 57th St., police said.

Zheng rushed into the fray and tried to defuse the fight, which had spilled onto the sidewalk after a pair of crooks robbed an illegal gambling den on 58th St.

Video obtained by the Daily News shows Zheng dashing across the street to intervene and then stumbling back, draining blood across the sidewalk and being supported by a woman before collapsing. He was stabbed four times in the chest.

Zheng’s friend Xiong Lin, who had just had dinner with Zheng, also tried to intervene in the brawl but walked away with minor wounds. Friends say Zheng suspected he was witnessing a hate crime against fellow Asians when he jumped into the fray.

Zheng, who worked as a bus driver before the COVID pandemic and was the sole provider for his wife and two children, recently moved his family to Philadelphia because he feared they could contract COVID in New York.