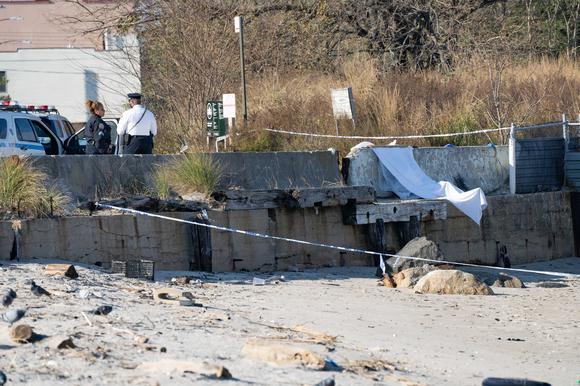 A 60-year-old career criminal has been charged with fatally shooting a man on a Coney Island park bench five months ago, police said Tuesday.

George Morales, a four-time ex-con, was nabbed Thursday and charged with murder and possession of a loaded gun.

He is accused of shooting James Decker, 50, about 8:05 a.m. Nov. 21 as the victim sat on a shoreline bench in Brooklyn’s Coney Island Creek Park near Bayview Ave. and W. 33rd St.

Decker, struck twice in the head, died at the scene. He had heroin on him and a glassine of the narcotic was also found near his body, cops said.

Surveillance video captured shortly before the slaying shows the two men in a heated discussion inside a nearby deli, police said.

Morales, who lives just a couple blocks from the park where Decker was shot, has been arrested about 20 times, most recently for gun possession, for which he was convicted and served two years in state prison.

He previously served six years for attempted assault, 11 years for robbery and 20 years in another robbery case dating back to the late 1970s, records show.

Decker, who lived in Far Rockaway, Queens, had two drug possession arrests on his record, including one last year, police said.