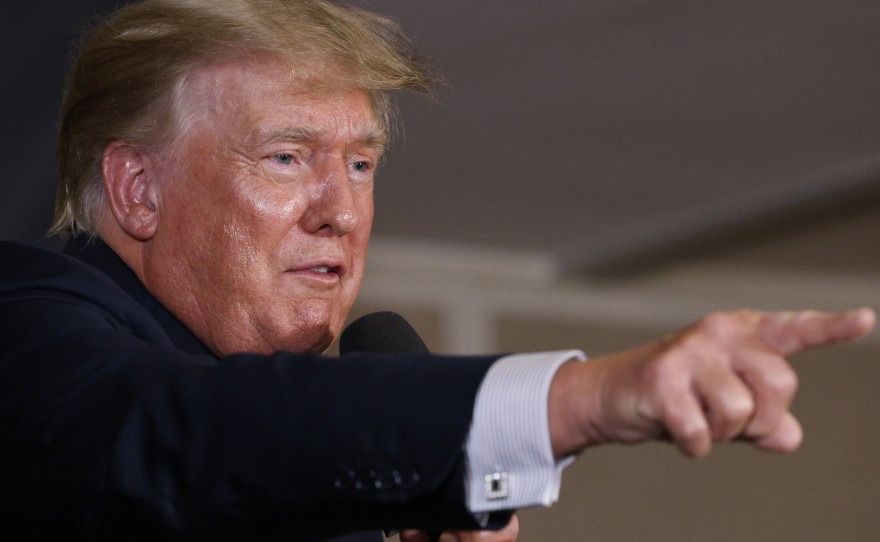 Former President Donald Trump sued his niece, Mary Trump and the New York Times for “no less than” $100 million, claiming they conspired against him to publish his tax returns to “gain fame, notoriety, acclaim and a financial windfall,” according to court papers filed in Dutchess County.

The lawsuit filed late Monday names Times journalists Susanne Craig, David Barstow, and Russell Buettner as defendants. Trump accuses the journalists of doggedly pursuing his niece as a source for their investigation into his tax history and convincing her to break a settlement agreement that forbade sharing the documents.

Trump accuses his estranged niece, Mary, who authored the July 2020 tell-all “Too Much and Never Enough: How My Family Created the World’s Most Dangerous Man,” of knowingly breaching an agreement drafted in the late 1990s during a probate dispute over the fortune left by Donald’s father and Mary’s grandfather, Fred Trump.

“The defendants engaged in an insidious plot to obtain confidential and highly-sensitive records which they exploited for their own benefit and utilized as a means of falsely legitimizing their publicized works,” the suit alleges.

“The defendants’ actions were motivated by a personal vendetta and their desire to gain fame, notoriety, acclaim and a financial windfall and were further intended to advance their political agenda.”

Mary Trump, the daughter of Trump’s oldest brother, Fred Trump Jr., disclosed in her book, that she was the source of the tax returns.

“The Times attempted to capitalize on their receipt of the confidential record through their publication of various news articles; Mary L. Trump eventually followed suit and, in an ill-conceived effort to profit from these same events, published a book revealing her as the source of the unauthorized disclosure and providing a detailed account of the defendants’ wrongful conduct,” the legal documents state.