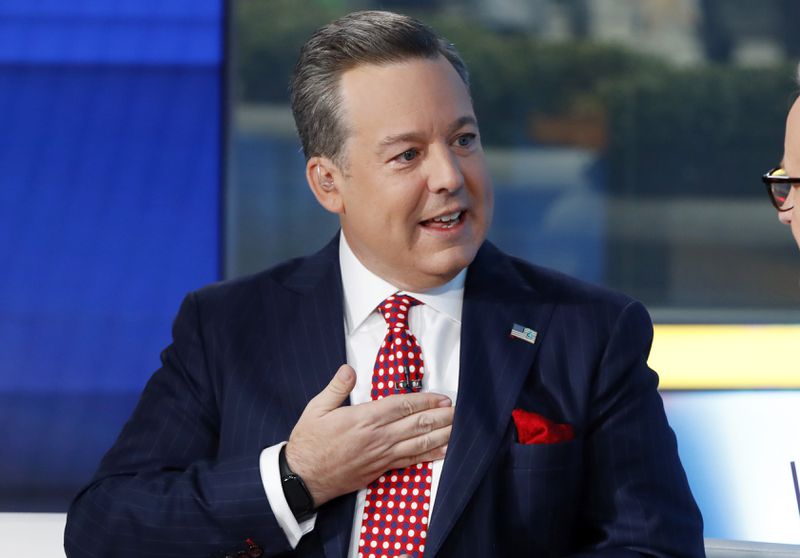 Fox News executives provided an environment for veteran broadcaster Ed Henry to sadistically rape and abuse young female staffers — and they only fired him after learning about a lawsuit coming down the pipeline, a bombshell lawsuit filed in Manhattan Federal Court Monday alleges.

The suit filed on behalf of former employees Jennifer Eckhart and Cathy Areu, which names Fox News and Henry as defendants — and levies sexual misconduct allegations against Fox personalities Tucker Carlson, Sean Hannity, and Howard Kurtz — charges the right-wing network with continuing to employ Henry after learning of rape and sexual assault accusations “in graphic and specific detail.”

In a series of meetings with higher-ups at Fox, the lawsuit states, Eckhart’s lawyers described how she “was violently raped while helpless and restrained in metal handcuffs, as Mr. Henry performed sadistic acts on her without her consent that left her injured, bruised and battered with bloody wrists.”

Lawyers for Eckhart — who started at Fox as a freelance assistant for Fox Business host Liz Claman in 2013, when she was 24 years old — further allege that Henry, who is married, took naked photos of her during the assaults which he then kept for blackmailing purposes.

The suit contains at least a dozen text messages sent from Henry to Eckhart in which he uses violent and derogatory language against her.

In December 2019, Henry was promoted to co-anchor of “America’s Newsroom,” three years after executives reportedly first learned of allegations against him during a company-wide investigation in 2017.

The network cited “investigative findings” by an independent firm in its reasons for terminating Henry on June 1, but lawyers for Eckhart and Areu said it was the lawsuit that forced them to fire him.

“Fox News will have paid the investigator, who also happens to be a management-side employment lawyer. In other words, a significant part of this ‘investigator’s’ time is spent defending companies like Fox News against allegations such as the ones brought herein,” a statement reads from Douglas H. Wigdor and Michael J. Willemin, of Wigdor LLP.

“Moreover, the investigator did not even speak with either of our clients, even though both Ms. Eckhart and Ms. Areu offered to meet with him under reasonable conditions.”

In a series of text messages sent from Henry to Areu during the first half of 2020, the disgraced broadcaster sent her unwanted lewd photos and videos of naked women, the lawsuit says.

In one video titled, “Fastest Interview … candidate selected in 3 seconds,” a woman purportedly interviewing for a job exposes her vagina, after which the interviewer indicates she’s been hired.

“Immediately after Mr. Henry sent Ms. Areu this video, he texted her, ‘Are you avail for anchor interview.’ Mr. Henry knew that Ms. Areu was looking for full-time work at Fox News, and was telling her, in no uncertain terms, that he would assist her career if she had sex with him,” the lawsuit says.

Other big names at Fox also engaged in sexual misconduct towards Areu, according to the suit.

In December 2018, in what would be one of her final appearances out of dozens on Carlson’s show, Areu was told by producers that Carlson wanted her to stick around after filming, the suit states.

“Following the show, Mr. Carlson, hardly making any effort to hide his intentions, began telling Ms. Areu that he would be alone in New York City that night, and specifically said that he would be staying alone in his hotel room without any wife or kids.”

Areu declined the request and Carlson stopped inviting her on the show, the suit states.

On March 8, 2018, Hannity offered to pay $100 to any man on set willing to take Areu on a date, despite her clear discomfort with the proposition, the suit alleges.

“Ms. Areu was completely mortified and made clear that she was incredibly uncomfortable with Mr. Hannity’s misogynistic behavior by quietly pleading with one of her friends in the room to accept the money so that the humiliation would end,” the lawsuit says.

Months after Areu emailed Kurtz seeking his advice on how to obtain a full-time position at Fox, he invited her to his room at the Kimpton Muse Hotel on June 19, 2019.

“The morning after Ms. Areu rejected Mr. Kurtz’s advances, he refused to meet with her at the studio and curtly said to her, ‘I’m booked solid this morning which is why I hoped to connect last night.’ Mr. Kurtz was punishing Ms. Areu for refusing to join him at his hotel,” the lawsuit says.

“As if this were not already obvious enough, shortly after this, Mr. Kurtz stated to Ms. Areu, in sum and substance, ‘you’re the only woman here who won’t come to my hotel room.‘”

Henry, Carlson, Hannity and Kurtz have denied all allegations.

“I am hopeful that my decision to file this action will result in positive change for women at Fox, and for all victims in the workplace, and I am honored that other women have come forward since my decision to do so,” Eckhart said in a statement.

Areu said she, too, came forward in the hope it would ultimately protect other women.

“Like Ms. Eckhart, I too was fearful to come forward. However, I simply could not stay silent given the tremendous harm that Mr. Henry and others at Fox News have caused for women affiliated with the company,” Areu said in a statement.

“I chose to file this complaint because no woman should have to suffer the conduct to which I was subjected, much less the egregious conduct suffered by Ms. Eckhart.”