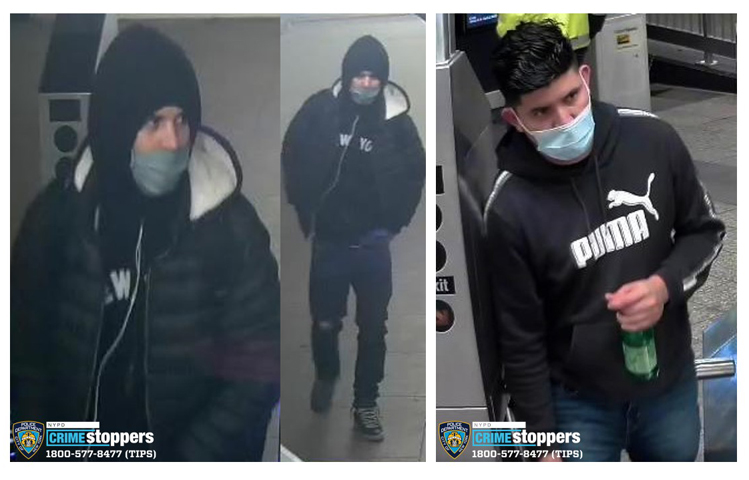 Detectives are looking for the knife-wielding thief who robbed passengers twice on board subway trains through Lower Manhattan this month.

Cops said the first incident happened at 3:10 p.m. on May 8 on a Brooklyn-bound A train inside the Chambers Street station.

According to police, the crook approached a 31-year-old man and displayed a knife. He then removed the victim’s cash, the amount of which was not disclosed by police. The suspect then exited the train and fled out of the station.

Four days later, at 1:10 p.m. on May 8, the bandit struck again on board a Queens-bound J train at the Chambers Street station near City Hall.

Law enforcement sources said the suspect flashed a knife at a 38-year-old man and demanded his property. He grabbed the victim’s wallet, then departed the train and fled the station in an unknown direction.

Both incidents were reported to the 1st and 5th Precincts, as well as NYPD Transit Bureau 1. There were no injuries.

On May 13, the NYPD released photos of the suspect. Police did not provide his physical description.

Anyone with information regarding his whereabouts can call Crime Stoppers at 800-577-TIPS (for Spanish, dial 888-57-PISTA). You can also submit tips online at nypdcrimestoppers.com, or on Twitter @NYPDTips. All calls and messages are kept confidential.