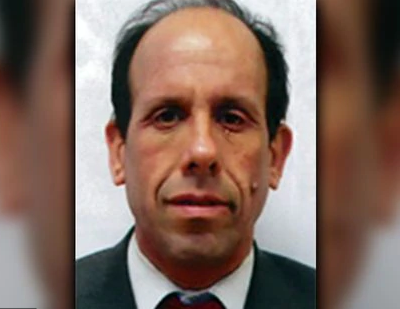 A suspect has been arrested for the fatal stabbing of a Queens lawyer inside the 65-year-old victim’s office, police said Tuesday.

Zolot was found dead by a custodian early Aug. 3 in his second-floor office on on 82nd St near 37th Ave. While it was first suspected the victim had been beaten to death an autopsy revealed he had been stabbed all over his body 20 times, authorities said Tuesday.

Detectives immediately focused on two men seen on video entering the building with Zolot, then leaving without him less than an hour later.

Detectives identified those men as brothers, ages 64 and 66, one of whom had been a client of Zolot’s and had argued with him over a foreclosure deal the lawyer handled, sources said.

It wasn’t immediately clear if Perez is one of those two men but a police source said he had been Zolot’s client for more than a year and had been to his office a number of times, often yelling at him.

Perez, who lives in the Bronx, has five prior arrests — two for criminal contempt and one each for possession of burglar’s tools, criminal mischief and DWI, police said.

Zolot lived alone on the third floor of a building in Briarwood.