Citi Field to be at 20% capacity for Mets home opener 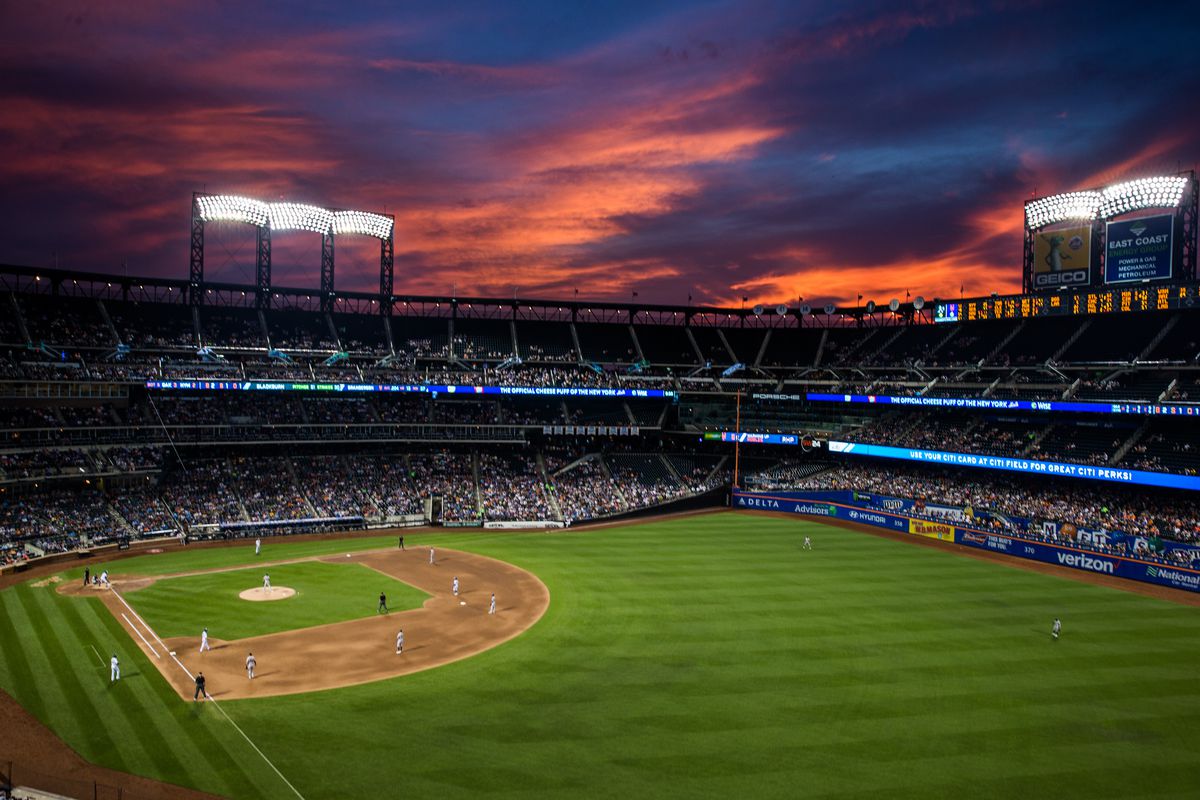 The Mets officially announced Thursday that Citi Field will host fans at 20% capacity, or 8,492 seats, to open the regular season — up from the 10% capacity originally permitted — beginning with their home opener on April 8 against the Nationals.

“We’re really excited about the season ahead and welcoming the best fans in baseball back — safely — to Citi Field,” Mets owner Steve Cohen said in a statement. “We thank Governor Cuomo and the state’s Department of Health for their efforts in this significant step in New York’s recovery from COVID and look forward to continuing to work with them as capacity restrictions and testing requirements hopefully ease in the months ahead to allow as many fans as possible to have a safe and great time with us.”

To enter Citi Field, the Mets said fans will be required to obtain and display proof of one of the following: full vaccination (meaning both doses of either the Pfizer or Moderna vaccine or one dose of the Johnson and Johnson vaccine) or a negative test result from a PCR COVID-19 or Antigen (rapid) test.

Seats will be sold in pod format in clusters ranging from one to six seats. Each location will be separated from other pods by at least six feet. All transactions at Citi Field will be cashless, including parking lots, ticket windows, concession stands and retail stores.

All fans aged 2 or older will be required to always wear a face mask on ballpark property, except when actively eating or drinking at their ticketed seats. Social-distancing guidelines and temperature checks will also be enforced.

“I know we’re going to start on the road, but once we get home and we have that 20%, that’s just going to be outstanding, just to hear the support live again,” said Mets manager Luis Rojas. “That’s something that we’ve missed very, very much. It’s going to mean a lot to everybody.”

Gov. Andrew Cuomo took a break from addressing the intensified harassment and assault allegations against him to make the announcement Thursday, in conjunction with the New York State Department of Health, that Citi Field and Yankee Stadium will be permitted to host fans at 20% capacity. He was joined by former Mets pitcher and current special advisor Al Leiter in his press conference.

Cuomo placed Mets and Yankees caps on either side of him at his podium. He also showcased a mask that had both Yankees and Mets logos on it. Points if you can name one person who would willingly wear that mask.

Last year, Major League Baseball did not allow fans to attend games in 2020′s shortened 60-game season until the playoffs in October.

“As New York’s COVID situation improves, we’re giving New Yorkers the opportunity to cheer on the Yankees and Mets in person as long as they stay safe,” Cuomo said. “I look forward to seeing our beloved teams open Citi Field and Yankee Stadium again as we continue to recover from this pandemic.”

Dominic Smith was once again not in the Mets lineup Tuesday in their 3-1 loss to the Nationals. He is still considered day-to-day, per Rojas, with what the team is classifying as “general right wrist soreness.” The Mets plan to give Smith the next few days off from swinging the bat, which is what they think caused his soreness.

Smith “may take some swings” on Saturday, during the team’s camp day with no exhibition game scheduled, per Rojas. He will continue to do defensive work with outfield coach Tony Tarasco.

“We don’t want to push him into play,” the skipper said.

Noah Syndergaard switched it up and pitched his bullpen on the stadium mound Thursday rather than his usual 10-pack routine. Syndergaard, throwing to catcher Tomas Nido, went through his side session without any setbacks and frequently paused to receive direction from pitching coach Jeremy Hefner.

Syndergaard’s fastball velocity touched 96 mph, per Rojas. The righthander, who has not publicly spoken to reporters, is more than a year removed from his Tommy John surgery which took place after the Mets broke camp due to the coronavirus pandemic last March. The team expects Syndergaard to return to the big leagues around June.

“He’s not throwing at 100 percent, and is still progressing, rehabbing,” Rojas said. “He’s in a good place. He’s such a hard worker. He’s done a fine job to get to where he is today and he’s following the program. Everything is going accordingly right now.”

Francisco Lindor offered to roam the basepaths and be the baserunner — a typically tedious activity — while Carlos Carrasco pitched his sim game Thursday morning. There were no position players on the field besides the catcher as Carrasco threw to five hitters in one inning, including Jeff McNeil, Pete Alonso, and Michael Conforto.

Normally, the Mets have a prospect or minor leaguer assume the baserunner role for sim games. So watching Lindor work on his timing and pitch reads stood out.

“He loves doing that,” Rojas said of Lindor. “He works on his jumps, whether first, second. He gives feedback to the pitcher, to the catcher if he can see the signs. That’s how he is. He wants to make everyone better around him while he’s working on stuff. He just got out there on his own — nobody asked him to.”