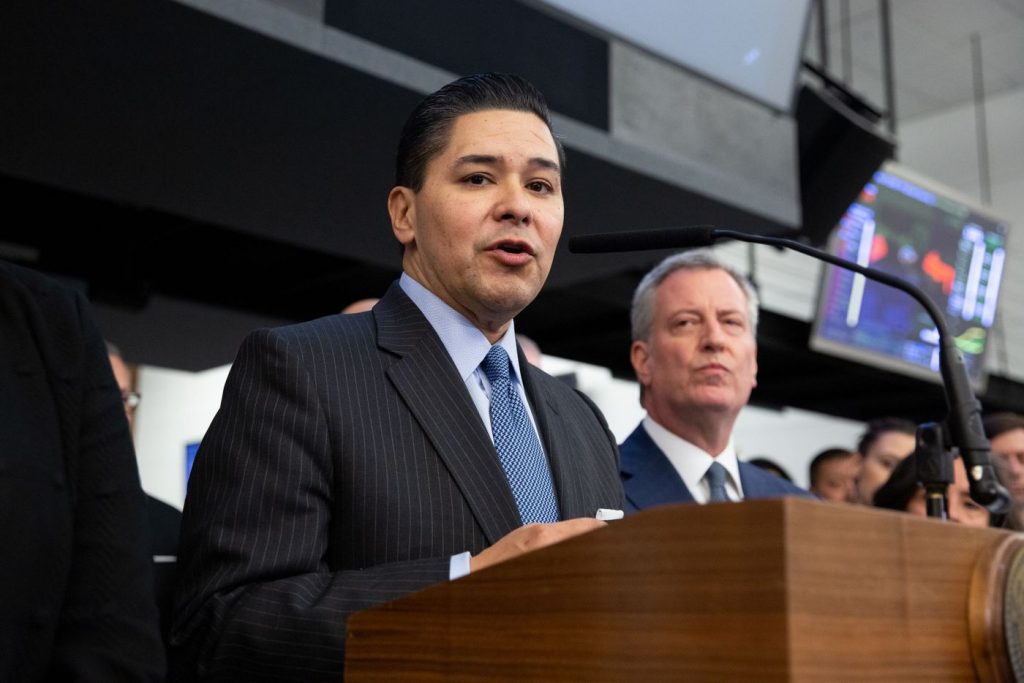 New York City Schools Chancellor Richard Carranza said Tuesday that the Department of Education’s projected 2020-21 budget is “horrific” due to the economic standstill caused by the novel coronavirus pandemic.

The New York City Office of Management and Budget has projected a $7.4 billion loss in tax revenue due to the pandemic across previous expectations for fiscal year 2020-21. The DOE’s fiscal 2020-21 budget of $34.2 billion includes $27.5 billion in operating funds and another $6.7 billion in education related pensions and debt service funds.

Carranza said that the city expects the state to announce more education budget cuts as early as this week.

“This economic reality requires the city to make hard decisions including painful education cuts,” said the chancellor. “These cuts are of a shocking magnitude.”

Some of what has been cut already, Carranza added includes College Access for All and Civics for All. Other centrally administered areas that have received cuts for fiscal year 2020-21 include professional development spending, hiring freezes, delaying the expansion of the pre-k programs.

Carranza added that the cuts could not be solely taken out of administrative budgets and that budget cuts to schools now include a $100 million reduction to the fair student funding formula and $40 million reduction in “other funding streams.”

“We are working internally and with our city partners to come up with an equitable methodology that minimizes the impact to our most vulnerable communities, but as a former teacher and principal, very few things break my heart more than having to go through the exercises of trying to save resources for our schools,” said Carranza.

The chancellor added that the agency is having frank discussion with principals across the city about cutting costs and potentially instituting a hiring freeze for the 2020-21 school year.

But the freeze would be lifted if and when the city receives federal aid, according to DOE Chief Operating officer Lindsey Oates.

“Under these circumstances, and without additional direct support from the federal government we simply cannot afford to maintain school budgets and programs at fiscal year 2020 levels,” added Carranza.