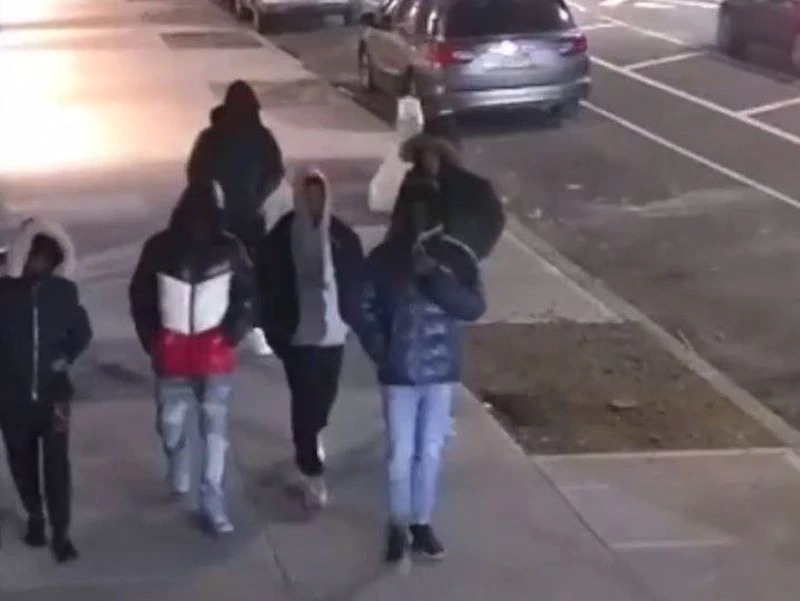 A group of teens jumped a Jewish man in an unprovoked Brooklyn beatdown caught on video, police said Saturday.

The hate-fueled attack comes as hate crimes against Jews quadrupled in the five boroughs over the last year, the NYPD confirmed.

The 21-year-old Hasidic victim was walking down Gerry St. near Harrison Ave. in South Williamsburg just before 8 p.m. Friday when the dark-skinned teens jumped him, cops said.

Surveillance video recovered at the scene show the teens throwing their victim against a parked box truck as they punch and kick him to the ground.

The teens then ran off, cops said. The victim sustained minor injuries to his mouth and was treated at the scene.

The victim had absolutely no interaction with the teens before they ran up and attacked, police said.

Police believe the victim was targeted because he is Jewish. The NYPD Hate Crimes is investigating the assault.

Cops released a video of the attack as well as the teens walking down Harrison St. before jumping the victim in the hopes that someone recognizes them.

Meanwhile, in Staten Island, cops arrested a 17-year-old boy they say was caught on camera scrawling a swastika on a pillar of an underground parking garage on Hylan Blvd. in Midland Beach back on March 1.

The teen, who was not named because of his age, was taken into custody Friday and charged with aggravated harassment as a hate crime.

As of March 27, cops were investigating 81 hate crimes against Jews across the city — four times more than the 20 that were reported on the same date last year, police said.

Anyone with information regarding Friday’s attack is urged to call NYPD Crime Stoppers at (800) 577-TIPS. All calls will be kept confidential.