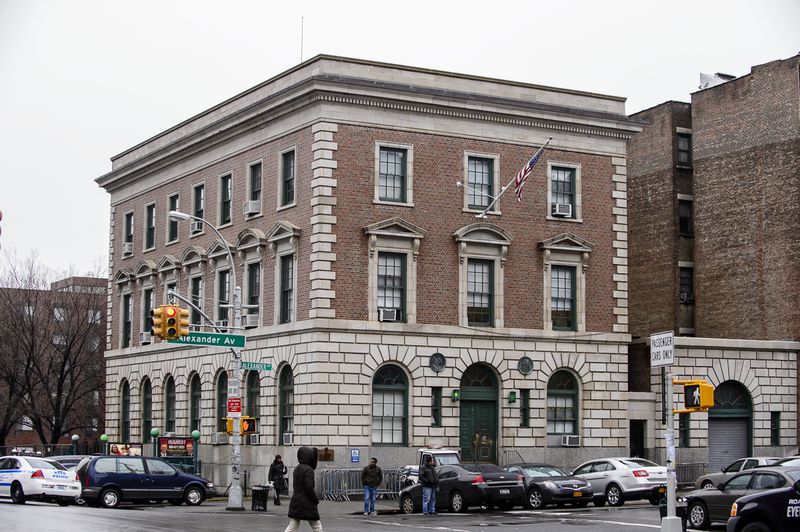 Malik Rahman got the drugs that killed him in the last place you’d expect — a Bronx NYPD holding cell — at the hands of a fentanyl-dealing drug gang raking in fistfuls of cash, court records say.

Rahman, 54, overdosed Aug. 25 after another arrested suspect slipped a baggie of the highly toxic drug past three patdown searches by cops in the South Bronx’s 40th Precinct stationhouse.

Rahman’s death came as cops and federal agents were in the midst of linking a series of overdoses to the drug ring, which peddled its wares at the intersection of E. 142nd St. and Brook Ave., six blocks from the stationhouse.

In February, the investigation led to six arrests, including alleged ring leaders Jesus Cabrera, 42, and Michael Amaya, 40. Federal prosecutors tied Rahman’s death and eight other fatal overdoses in the Bronx to the gang, court records show.

Eight of the overdoses took place between March and December 2021 and were linked to packages of the drug stamped with the brand “Supreme,” court filings show. The ninth overdose in January 2022 was linked to another of the gang’s brands, “Thriller.”

“The scope and impact of the [ring’s] narcotics trafficking operation cannot be overstated,” Manhattan federal prosecutors David Robles and Kaylan Lasky wrote in a court filing. “The [ring’s] persistent distribution of fentanyl has wreaked havoc throughout the Bronx over the past year.”

Rahman’s family learned of the busts from a reporter.

“I was really relieved that my dad finally got justice. What they did to him he did not deserve,” said his daughter Moesha Rahman.

“But I still have a lot of questions, the same ones I had before,” she said. “How did they let the drugs get into the cell?”

An internal NYPD investigation is continuing into what happened in the stationhouse. Court documents and law enforcement sources helped investigators piece together some of the story.

The investigation of the ring was sparked on Nov. 20, 2020, when cops stopped a 2015 Audi Q7 with tinted windows in the South Bronx.

Inside, officers found a jar of marijuana, $50,000 in cash and a bag of 2,180 heroin baggies mixed with rice used to keep the drugs dry, court records show.

Amaya, the driver, was arrested on possession charges.

After he got out of jail — the circumstances of his release are not clear — investigators saw Amaya conduct drug deals, court documents say. The drug packets he sold were variously branded “Anonymous,” “Off-White,” and “Thriller.”

Investigators then began focusing on Cabrera, who they believe led the ring. Cabrera had been selling heroin in bulk for more than a decade and was hooked up with Amaya since 2019, the feds say.

Their business boomed. The day before Rahman died — on Aug. 24, 2021 — Cabrera texted Amaya a ledger of sales showing proceeds of $111,150 in just a few days, court records show.

The South Bronx, where the ring plied its trade, routinely leads the city in overdose deaths, the city Health Department says.

Fentanyl, 80 to 100 times stronger than morphine, has been the top substance involved in overdose deaths citywide for each of the past four years. The drug was present in 1,580 of New York’s 2,062 overdose deaths in 2020 — 77% of the total.

Fentanyl is often mixed with varying amounts of heroin or cocaine, making the strength of a given dose unpredictable and dangerous.

Some of the drugs sold by Cabrera and Amaya allegedly were put on the street by Alberto Concepcion. On Aug. 25, Conception allegedly sold drugs to a man who was taken to the 40th Precinct stationhouse.

Right around the same time, Rahman was being arrested following a fight with a girlfriend in the Bronx transitional housing facility where he lived. Rahman was stabbed in the fight but arrested anyway.

Cops frisked Concepcion’s customer three times and found contraband each time, sources familiar with the case said. Then the customer was put in the holding cell with Rahman, said the sources. Neither the NYPD nor federal officials would provide the customer’s name or other details about him.

In the cell, Concepcion’s customer pulled a glassine baggie from his rectum and he and Rahman snorted the drugs it held, the sources said. Rahman began to feel ill and went into convulsions.

Officers used a defibrillator to try to revive him before taking him to a local hospital themselves, the sources said.

NYPD guidelines state that the desk officer is supposed to direct a cop to watch the holding cell at all times. Questions remain about how much time elapsed before police noticed Rahman’s condition.

Early reports that Rahman was unattended for as long as two hours remain unconfirmed by authorities.

“The police should have been more aware of the inmates in the holding cell, checking on them every 15 minutes,” Jamilla Rahman, Malik’s niece, told reporters. “Someone wasn’t doing their job.”

The city medical examiner concluded that Rahman overdosed from a mixture of fentanyl and benzodiazepine, an anti-anxiety drug which acts as a sedative and increases the danger when used with opioids.

Rahman’s daughter Bianca Harris, 32, said her dad was a drinker but not a regular drug user.

“He was many things, but he was not a drug addict,” Harris said. “He would never have been like, ‘I’m going to do it just to do it.’ ”

Law enforcement officials declined to reveal any details about the other eight overdose deaths blamed on the drug ring allegedly run by Cabrera.

Nicholas Biase, a spokesman with the U.S. attorney’s office, declined to provide the dates or general locations of the eight deaths. Requests to interview an NYPD official about the case were also denied.

The six suspects arrested in February have pleaded not guilty and are awaiting trial. Cabrera, Amaya and Concepcion are being held in Brooklyn’s Metropolitan Detention Center.

“All I can say is my client is charged with one death,” said Amaya’s lawyer Javier Solano. “I have not even conceded that my client is responsible for that death. One is one too many, but I don’t understand why the government is saying there are more, when they haven’t charged him with any more.”

Lawyers for Cabrera and Concepcion did not return phone calls.

Rahman’s family has filed a $21 million notice of intent to sue with the city, records show. The notice alleges cops didn’t keep watch on the holding cell. “[Rahman] was unresponsive for a significant amount of time and [police] simply ignored [him] until it was too late,” the claim alleges.