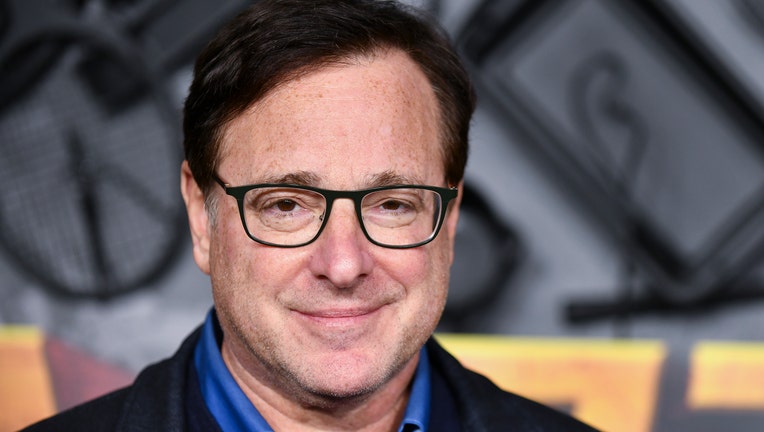 Bob Saget, the multifaceted comedian who delighted young viewers as the affable father of three on TV’s “Full House” while cracking up adult audiences with his raunchy routines as a standup, was found dead in his Florida hotel room Sunday, officials said.

The adored actor was 65.

Emergency workers declared Saget dead after responding to a report of an unresponsive man at the Ritz-Carlton Orlando, the Orange County Sheriff’s Office announced Sunday night.

A cause of death has not been released.

“Detectives found no signs of foul play or drug use in this case,” officials said.

Saget had performed a standup set at Ponte Vedra Concert Hall in Jacksonville on Saturday night.

In an Instagram post after Saturday’s show, Saget reflected on a “really nice audience” with “lots of positivity.”

“I had no idea I did a two hour set tonight,” Saget wrote. “I’m back in comedy like I was when I was 26. I guess I’m finding my new voice and loving every moment of it.”

A representative for Saget didn’t immediately respond to a request for comment.

Saget landed dozens of roles across a career that spanned four decades, including hosting “America’s Funniest Home Videos” and serving as the narrator of “How I Met Your Mother.”

But the Philadelphia native was best known for his “Full House” portrayal of the genial San Francisco broadcaster Danny Tanner, who raised his daughters D.J., Stephanie and Michelle with the help of his brother-in-law, played by John Stamos, and best friend, portrayed by Dave Coulier, following the death of his wife.

Saget starred as Danny throughout the family sitcom’s eight-season, 192-episode original run from 1987 to 1995, and became beloved by later generations as well through syndication of the wildly popular series.

The Netflix spinoff series “Fuller House,” which aired from 2016 to 2020, allowed Saget to reprise the longtime role on a recurring basis.

Saget showed his range as an entertainer through his standup sets, which featured more mature humor. His latest comedy slate was scheduled to take Saget throughout the United States and Canada with multiple shows each month through June.

Saget’s death was mourned by many throughout the entertainment industry.

“I am broken. I am gutted. I am in complete and utter shock. I will never ever have another friend like him. I love you so much Bobby,” tweeted Stamos.

“Still in shock,” fellow actor and comedian Gilbert Gottfried tweeted Sunday. “I just spoke with Bob a few days ago. We stayed on the phone as usual making each other laugh. RIP to friend, comedian & fellow Aristocrat Bob Saget.”

Former “Daily Show” host Jon Stewart remembered Saget as being “just the funniest and nicest” in a tweet, while comedian Kathy Griffin wrote she was “shocked and devastated” by Sunday’s news.

“You couldn’t find a nicer or sharper wit than Bob Saget,” Griffin tweeted.

“One of the most kind & thoughtful people I’ve ever come across & he just happened to be one of the funniest on the planet,” comedian Joel McHale wrote in a tribute tweet. “I will miss you so much Bob. Love you dear friend.”