Arrest made after driver goes on racist rant, attempts to stab an off-duty officer in Newburgh 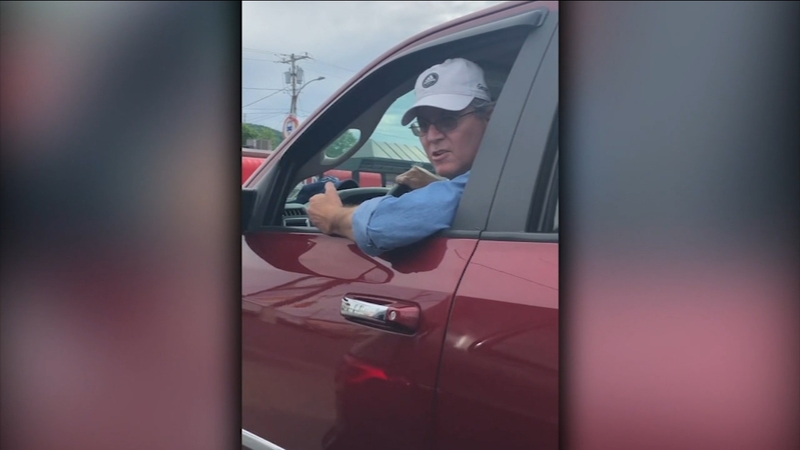 Police have arrested a man on a hate crime charge after a father and son were on the receiving end of a hate-fueled road rage incident.

William Ryan, 60, a resident of Newburgh, was arrested Tuesday in the incident and charged with second degree menacing as a hate crime.

The road rage incident unfolded on Saturday on Broadway in Newburgh.

The victim, Robert Mclymore, who is African American, slowed down to let another car pass in front of him in the afternoon, which caused a white motorist behind him to become enraged.

The man began shouting a racial slur at Mclymore and his son while waving a box cutter at them and attempting to rear-end their car. He also claimed he was a state trooper, a lie authorities were quick to dispell.

“I just couldn’t believe it,” Mclymore said. “I couldn’t believe the racial epithets, him saying that he was a cop or a trooper. Most of all him doing what he did and he’s an older gentleman.”

The driver then followed Mclymore into the parking lot of a restaurant, cursing at the father and flashing the middle finger.

Mclymore, however, is actually a police lieutenant, as well as a church pastor, in the town of Wallkill.

“I just couldn’t believe somebody would use those words in 2022,” Newburgh Mayor Torrance Harvey said. “In the city of Newburgh.”

Mclymore also said the driver tried to stab him in the parking lot, leaving a small hole in his phone case.

“Forty-five years I’ve been living here,” Mclymore said. “Nobody’s ever done anything like this. Nobody has ever put a boxcutter to my face or anything like that or disrespected me in anyway. So I was shocked. I replay it in my mind probably every three seconds.”

Ryan is being held in police custody.

“There is no place for hate in our community,” Newburgh Police Chief Anthony Geraci said. “Mr. Ryan will be held accountable for his criminal actions and deplorable speech. His racists threats were not only harmful to the victim in this case, but echoes deep within our city.”

Mclymore could have taken police action the moment a knife was displayed but opted to file a report instead to spare his son any additional trauma.