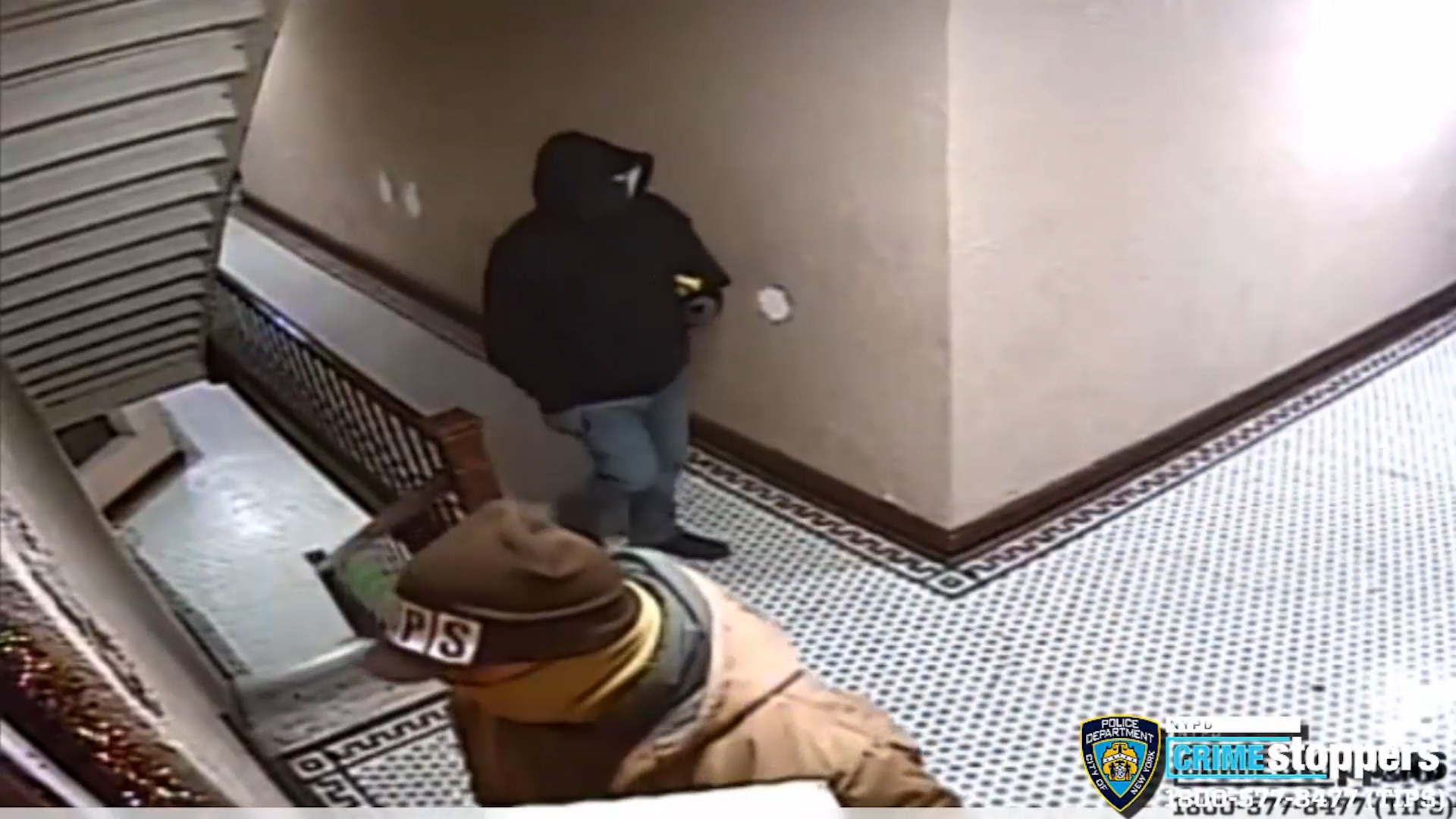 An armed crook disguised as a UPS deliveryman pushed his way into a Bronx apartment, forced a couple and their grandchildren to tie themselves up, and made off with more than $7,500 in cash — including $230 in a kid’s piggy bank, police said Tuesday.

When the 60-year-old grandmother answered the door to her apartment on Billingsley Terrace in Morris Heights about 5 p.m. Monday she was confronted by a man pretending to work for UPS.

Dressed in brown, including a brown winter hat adorned with a makeshift UPS logo, he flashed a silver revolver he had hidden in a delivery box he was carrying.

After forcing his way into his apartment he was followed by an accomplice wearing a black face mask and black hoodie.

“Don’t say anything,” the gunman said. “Don’t do anything so we can get this done quick.”

The accomplice pulled out a set of zip ties. “Tie yourselves up with these,” he said, according to police.

The woman, her 63-year-old husband and their grandchildren, a boy, 8, and a girl, 6, bound themselves as the crooks stole their valuables — two iPhones, an iPad, personal documents, a safe and the piggy bank, which belonged to one of the grandchildren.

The victims were not hurt.

Surveillance video released by the NYPD shows the suspect in the hallway outside the apartment and also leaving the building. Police are asking the public’s help identifying them and tracking them down.