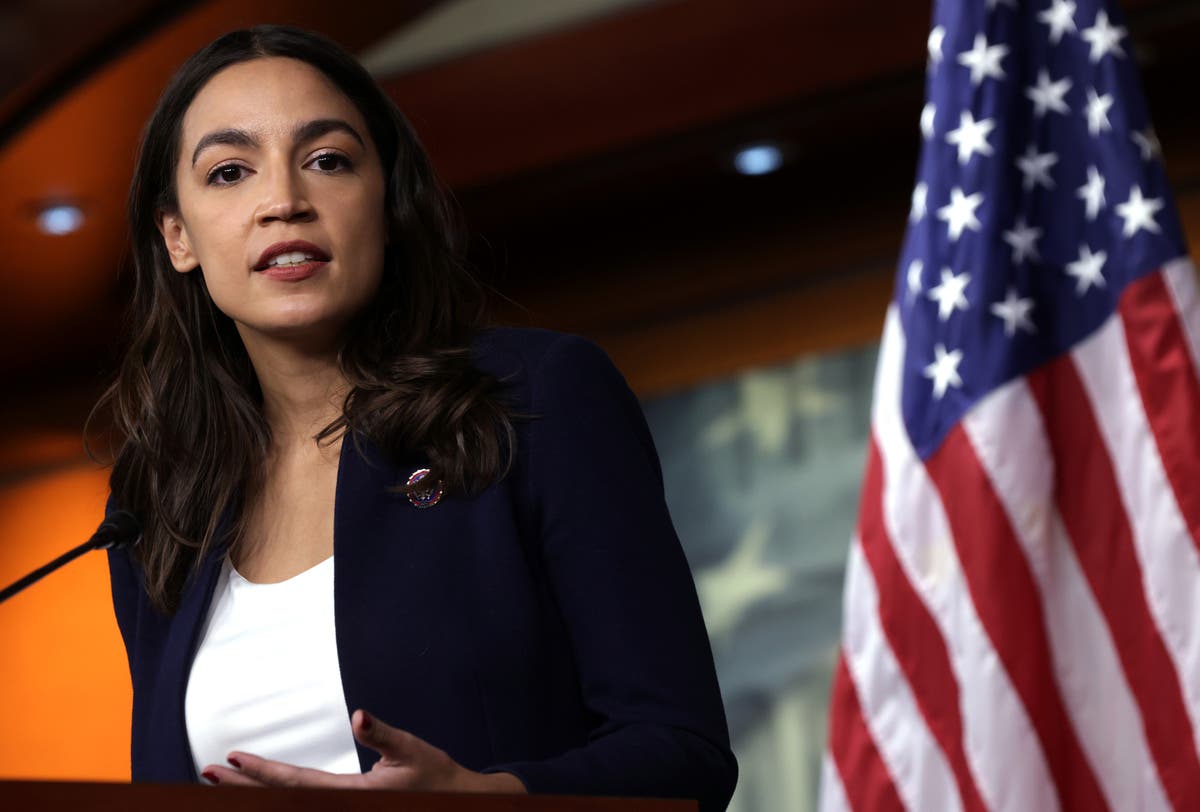 Rep. Alexandria Ocasio-Cortez (D-N.Y.) on Friday called out Republicans’ fixation upon her personal life after right-wing trolls attacked her for vacationing in Florida.

“If Republicans are mad they can’t date me they can just say that instead of projecting their sexual frustrations onto my boyfriend’s feet,” she tweeted. “Ya creepy weirdos.”

AOC was commenting on a tweet from self-described “American nationalist” Steve Cortes saying in part: “Her guy is showing his gross pale male feet in public (not at a pool/beach) with hideous sandals.”

Cortes was sharing a photo of the congresswoman with her partner at a cafe in Florida. The image appears to have originated in an article about their vacation by the conservative National Review. That in turn prompted right-wing Twitter to go wild.

The childish hashtag #AOCLovesDeSantis officially “trended” on the social media forum as droves of conservatives crowed over the congresswoman’s visit south.

After the progressive’s zinger at the GOP, an editor for the far-right website the Daily Caller tweeted that he didn’t want to date her.

“I’m glad you felt the need to share that with the world,” Ocasio-Cortez responded. “Don’t worry, this is a totally normal thought to have and share as an editor of a right-wing website, and totally doesn’t prove my point at all.

“The fact that these people are so creepy/weird yet are also the ones responsible for shaping the NEWS HEADLINES we all see in media should be really concerning,” she continued. “I don’t even want to know what knuckle-dragging thoughts these people have all day while covering women in politics.”

“Welcome to Florida, AOC!” his campaign account tauntingly tweeted. “We hope you’re enjoying a taste of freedom here in the Sunshine State thanks to @RonDeSantisFL’s leadership.”