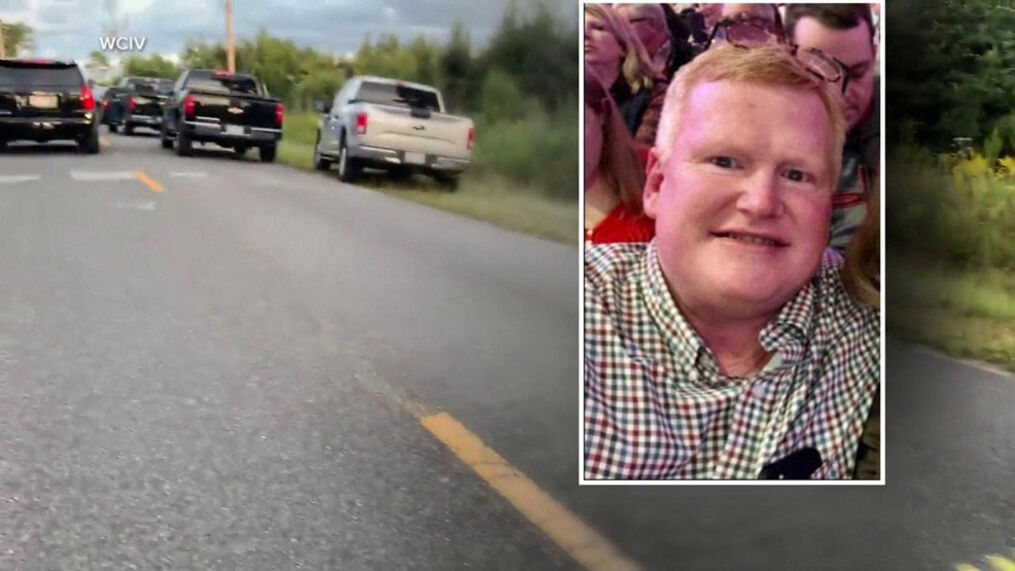 Scandal-plagued South Carolina lawyer Alex Murdaugh surrendered Thursday to the Hampton County Law Enforcement Center, days after admitting to hiring someone to kill him in a failed insurance scam, according to his lawyer.

Murdaugh faces charges including conspiracy to commit insurance fraud and lying to the police, Jim Griffin said, all stemming from the Sept. 4 shooting that left the legal scion hospitalized with a superficial gunshot wound to the head.

After weaving a story about being shot by a man in a blue pickup truck while he was pulled over on a rural road with a flat tire, Murdaugh, 53, confessed Monday to concocting the entire scheme as a planned assassination to make sure his eldest son got his $10 million life insurance payout.

Desperate after his wife and son were murdered on their Hampton County property in June, Murdaugh fell into a drug-fueled depression, his lawyer, Dick Harpootlian, said on NBC’s “Today” show Wednesday.

He was fired from his law firm, started by his grandfather, Randolph Murdaugh Sr. more than 100 years ago, after allegedly stealing more than $1 million. The money, Harpootlian said, went to fund his opioid habit. But by Labor Day weekend, Murdaugh thought he was out of options and, as a last resort, asked Curtis Edward Smith, a former client, to kill him.

“That Saturday morning, he was trying to get off the opioids; he was not taking any of them, was in a massive depression, realized things were going to get really, really, bad and decided to end his life,” Harpootlian said Wednesday.

Murdaugh had previously represented Smith at least twice, according to WJCL: once for a personal injury lawsuit that Smith brought against a land management company and once for a speeding case.

On the day of the botched suicide, Murdaugh met with Smith, provided the gun and told Smith to shoot him in the head, according to the South Carolina State Law Enforcement Division. Smith then followed Murdaugh to a rural road, shot him as he stood next to his car, drove off and dumped the gun.

When Murdaugh survived, he spun a tale of a roadside shooting before eventually confessing.

Smith has been charged with assisted suicide, assault and battery of a high aggravated nature, pointing and presenting a firearm, insurance fraud and conspiracy to commit insurance fraud. A judge set his bond Thursday at $55,000.

The June murders of his wife and one of his sons, 52-year-old Maggie Murdaugh and 22-year-old Paul Murdaugh, remain a mystery, with no arrests or suspects, but Harpootlian insisted Wednesday that the grieving father had nothing to do with their deaths.

Their shooting deaths, however, have pulled to the surface a series of other scandals circling the prominent legal family.

In late June, state officials reopened the investigation into the 2015 death of 19-year-old Stephen Smith, which was written off as a hit-and-run. Paul and his older brother Buster, who was supposed to get Murdaugh’s life insurance money, were interviewed at the time as persons of interest.

Renewed interest has also arisen in the February 2019 death of 19-year-old Mallory Beach, who was thrown overboard from a boat driven by Paul Murdaugh when he crashed into a bridge. Paul pleaded not guilty to boating under the influence causing death and two counts of boating under the influence causing great bodily injury and was still awaiting trial when he was killed. The charges were dropped as a matter of protocol after his death.

On Thursday, the State Law Enforcement Division opened an investigation into the death of Gloria Satterfield, the Murdaughs’ former housekeeper who died in 2018 after a “trip and fall” at their estate. Hampton County Coroner Angela Topper said her death was never reported to the coroner’s office and an autopsy was not performed.

Her manner of death was listed as “natural” on her death certificate, which Topper said was “inconsistent with injuries sustained in a trip and fall accident.”

Satterfield’s sons also claim they never saw any of the $505,000 paid out to the Murdaughs as part of an insurance settlement.