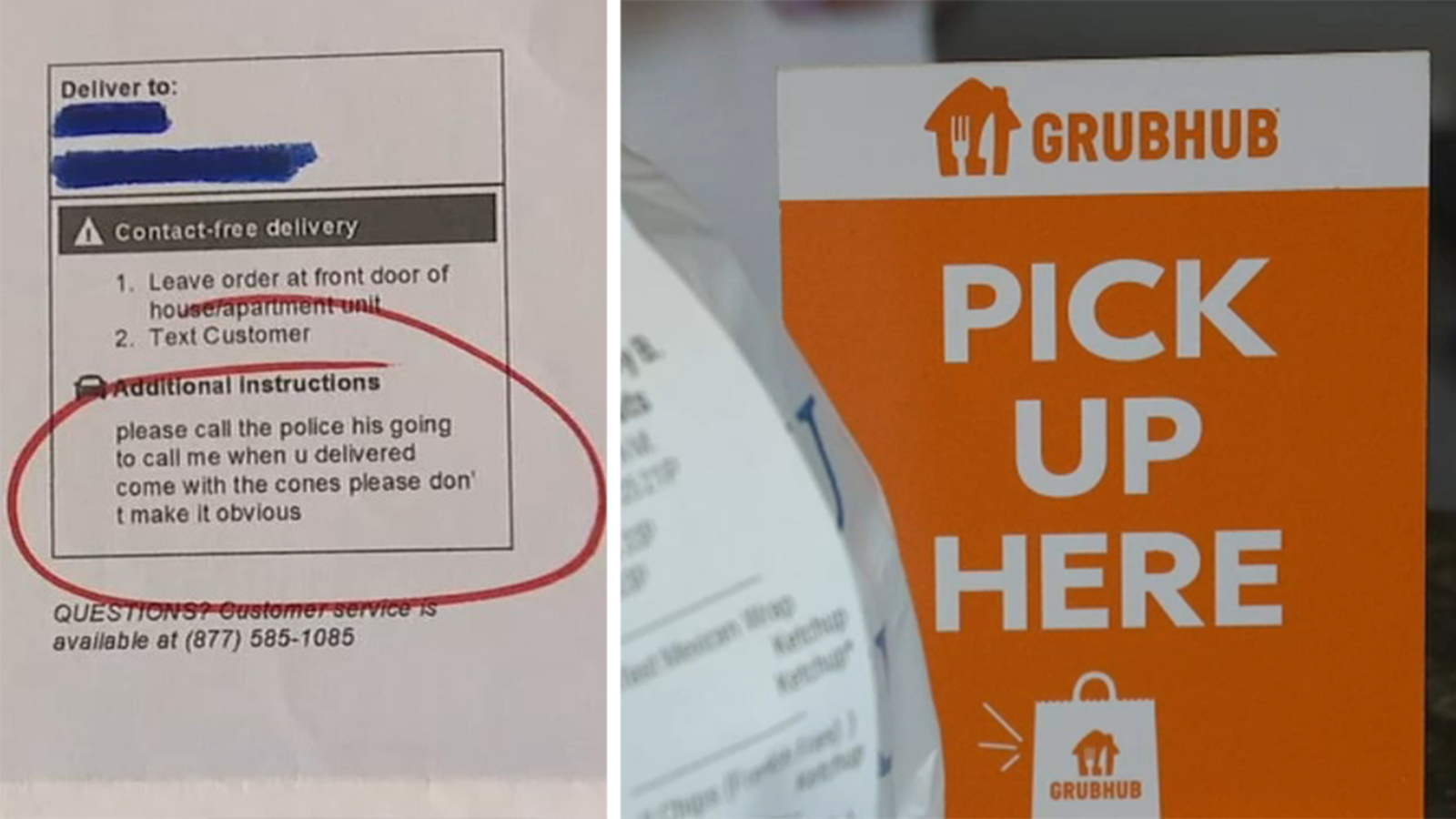 A young woman, held hostage and raped at a home in Bronx, is now safe thanks to her wherewithal to order a food delivery on an app, with a chilling note pleading for the recipient to call the cops.

The Grubhub order for a breakfast sandwich and a burger at 5 a.m. on a Sunday was nothing unusual for the folks at the Chipper Truck Café on McLean Avenue in Yonkers, but what was strange was the note under additional instructions.

It was clearly hastily written, saying to call the cops and have them come with the food and not make it obvious.

“She was basically saying to bring the police with the delivery,” said Alice Bermejo of Chipper Truck Cafe.

Alice Bermejo, who owns the business with her husband, says he got a call from the worker who saw the order come up on the screen.

“They’d seen the note on the order, and they called my husband, said ‘what should we do,’ and he was like, ‘call the police, can’t take any risks, better be safe than sorry,'” she said.

The order came from an address in the Eastchester section of the Bronx, where authorities say a 32-year-old man was holding a 24-year-old woman against her will and sexually assaulting her.

They had met in person months after first meeting online, and it turned violent. He wouldn’t let her have her phone, except to order food.

At that hour, her best hope was getting a message to a restaurant three and a half miles away. The Bermejo family is grateful to the employee who did call the police and explain.

“Just knowing that like, we were there, and that being open 24 hours allowed her to have a way to get help,” Alice Bermejo’s daughter Alicia said.

The suspect opened a door, according to court documents, admitting he thought the young woman’s food had arrived. But it was the police.

That suspect, identified as 32-year-old Kemoy Royal, was hit with a slew of charges including rape, unlawful imprisonment, strangulation, criminal sex act and sexual abuse, among other counts.

And he’s now also charged in the attempted sexual assault of another young woman days earlier.

That incident took place at Royal’s home on June 14 and was reported the next day. Somehow, that 26-year-old victim was able to get away. It’s unclear why police hadn’t arrested Royal for that first incident until June 19.

He was charged in both cases at the same time.

Royal was arrested thanks to that Grubhub order, which the Bermejo’s didn’t know until they got a call from the victim’s friend.

“They called to thank us and just to be like, ‘thank you so much for helping my friend and just, you know making sure that she was fine,'” Alicia Bermejo said. “We really had no idea of the gravity of the situation until after everything had happened.”

They give the victim credit for her quick thinking in a frightening situation.

“I can’t even imagine. I hope someday we get to meet her,” Alice Bermejo said.