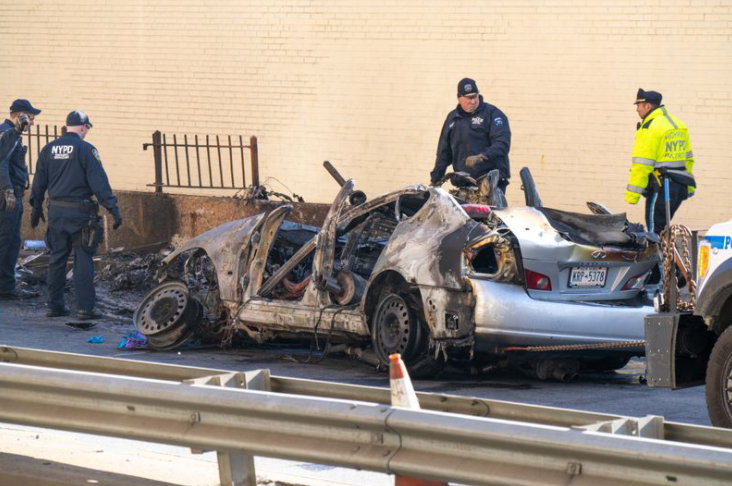 The driver, a 33-year-old man, crashed his Infiniti into a retaining wall near E. 72nd St. on the Upper East Side at 4:37 a.m. Video captured him trying in vain the rescue two passengers as his ride exploded into a fireball.

The victims are believed to be the driver’s girlfriend and her sister, police said.

Firefighters put out the flames and the bodies were recovered.

The driver, burned on his face, back and body, was rushed to nearby NewYork-Presbyterian/Weill Cornell Medical Center and is in critical but stable condition.