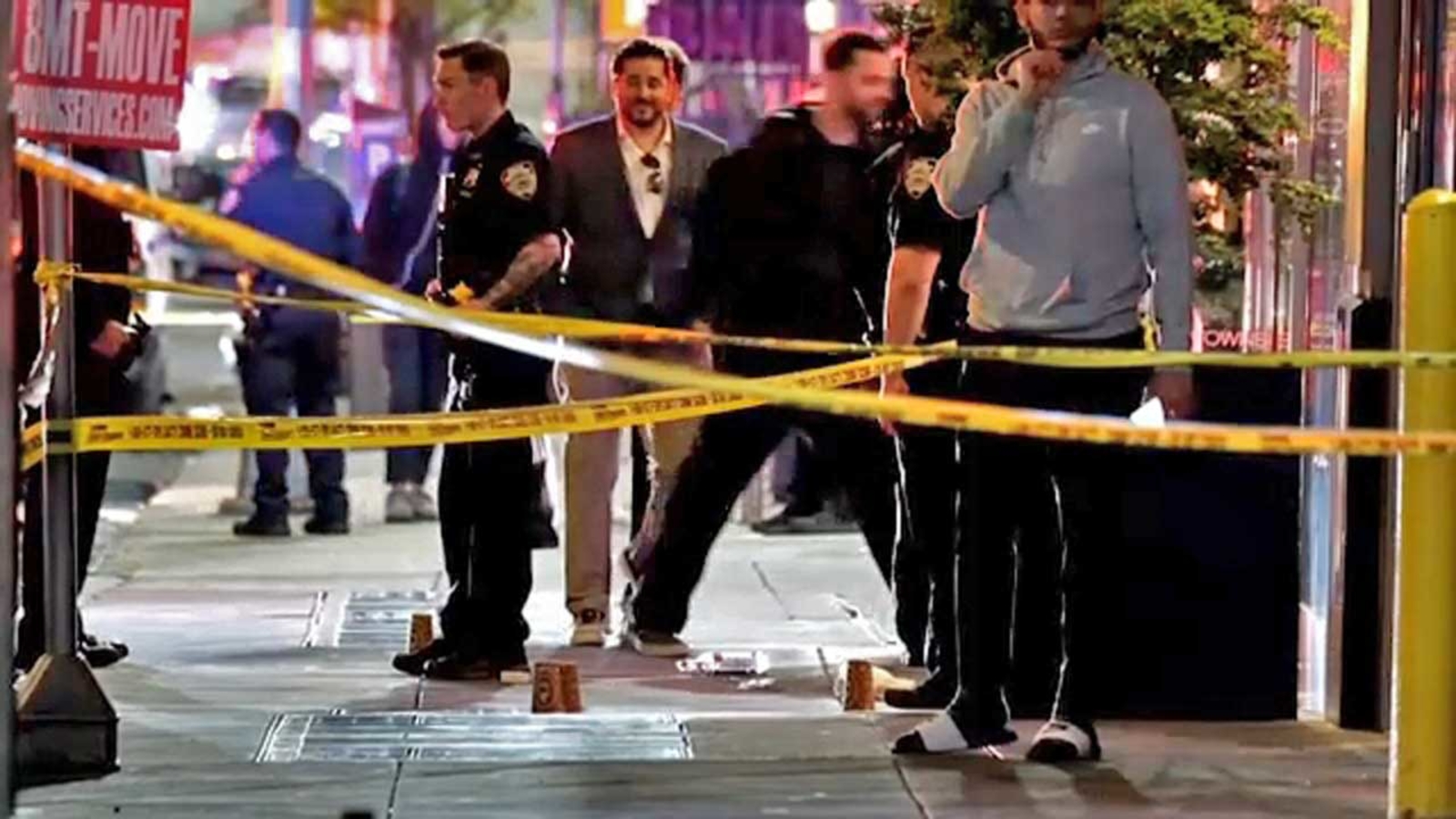 Police are searching for three suspects in connection with a deadly shooting that left two people dead in Midtown Manhattan.

The gunfire erupted during what may have been a recording session or video shoot.

Two people were struck by bullets: one in the head, another in the back.

Both were taken to Bellevue Hospital, where they were pronounced dead.

The NYPD is looking for three men who fled the scene.