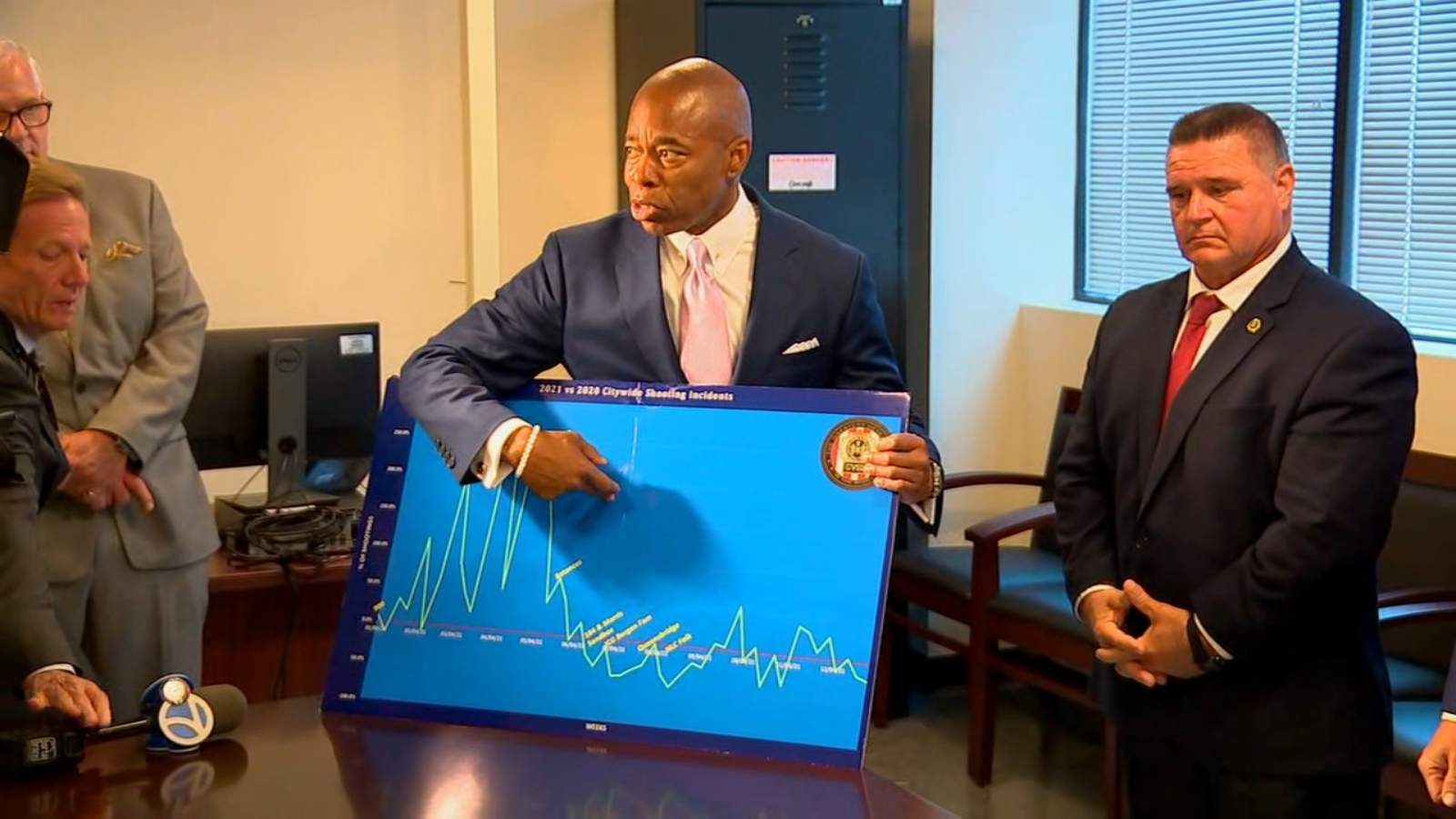 The NYPD highlighted the work of its newly enacted Gun Violence Suppression Division at a press conference on Monday.

Mayor Eric Adams joined NYPD detectives to present the work that the division has done so far, crediting officers with the decline in gun violence.

Leaders of the Gun Violence Suppression Division say there have been 16 gang takedowns this year.

“There’s about 35 to 50 active investigations, gang investigations, we look at this year,” Chief of Department James Essig said. “Some come to fruition, some don’t. This year, there have been 16 takedowns throughout the city. Some like this are quite big, some two, three, or four people involved in a few shootings. We are looking to take that shooter off the street as soon as possible.”

And while Adams praised the division for doing their job, he continued to criticize current bail laws.

“You have one of these guys that comes in front of you, one is arrested nine times,” he said. “I think the judge should make the determination, this person presents an imminent threat to the city. I’m hoping they reexamine that in the next legislative cycle, because we have to close some of those loopholes that are dealing with public safety.”

They also emphasized the division’s focus on removing “alpha” gang members, or those who are actually pulling the trigger and committing crimes.

Adams also said the Neighborhood Safety Teams are responsible for removing 3,000 guns off the streets so far this year.

“It’s a combined effort of the men and women that are police officers,” he said. “They want to go after the bad guys.”

The mayor is also working with the mayors of other major cities across the country to come up with a plan in response to any action the Supreme Court takes on conceal carry laws.

“This keeps me up at night,” Adams said. “If this right to carry goes through the Supreme Court, becomes the law of the land, could you imagine being on the 4 train, someone having a .9 mm exposed? Everyone on the train is carrying? This is not the wild wild West. This law is frightening to think we are even thinking about that.”