Aerographene, The Material Lighter Than Air and Stronger Than Steel 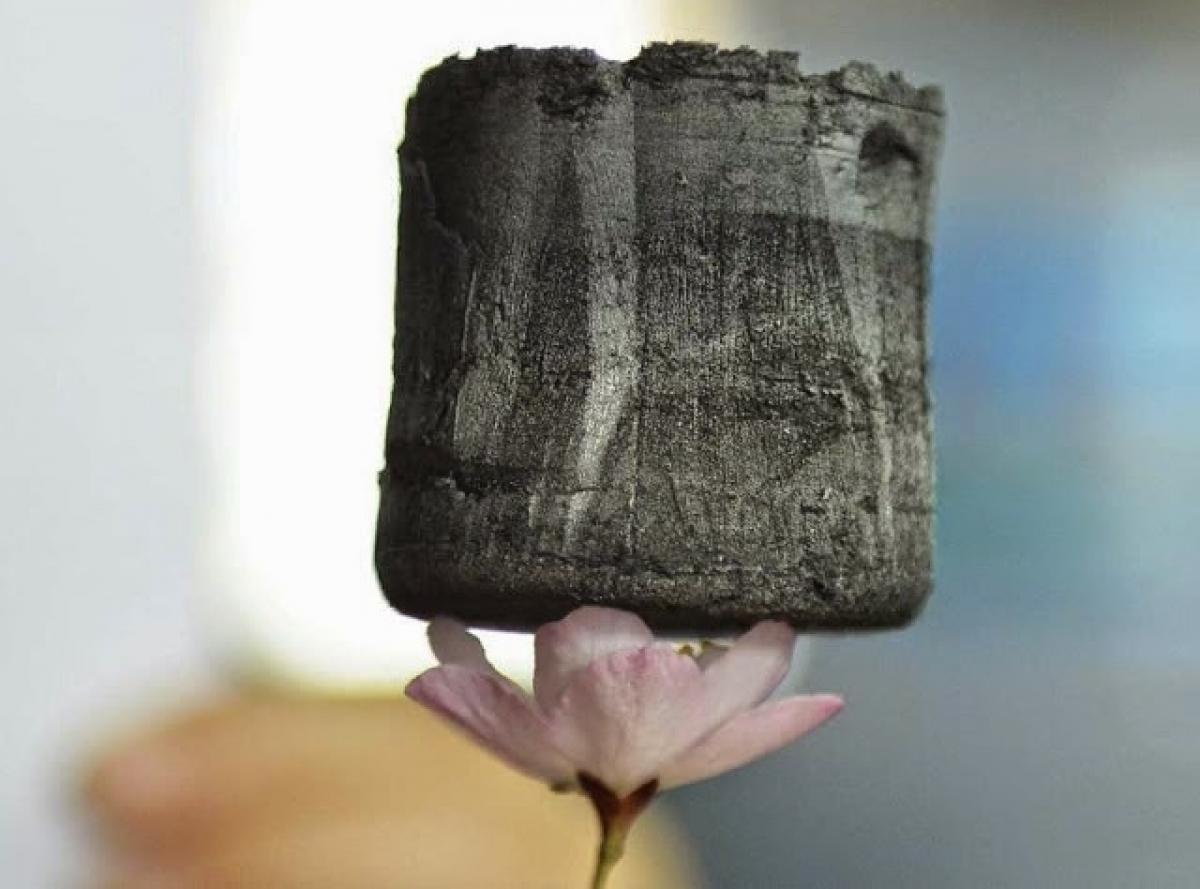 Aerogel and graphene both have outstanding implications on their own. In fact, they’re in somewhat of a competition between who’s the best material in terms of conductivity, lightness, and strength. However, aerographene, which is essentially graphene-based aerogel, has risen up to be in fact the least dense material in existence. With a density of only 0.16 milligrams per cubic centimetre, it can be held by a singular flower.

Aerographene was discovered at Zhejiang University in 2013 by a group of scientists led by Gao Chao. This group was designing graphene-based materials previously, although all of these were 1-D or 2-D substances. They initially freeze-dried carbon nanotube solutions with graphene oxide, followed by the removal of oxygen, and this resulted in the 3-D material called aerographene. Aerographene was an outstanding invention, and although still fairly new, is gaining fast traction.

But…What Really Is It?

Aeographene, otherwise known as graphene aerogel, is a mixture of aerogel and graphene, as the name suggests. Therefore, to understand this unique material, we must understand each component on its own.

Aerogel is a synthetic porous material, made by mixing a polymer with a solvent. This forms a gel, and air is then injected inside after removing any liquid (adding up to 99.98% air content). That makes an ultralight solid, paired with extremely low density, high conductivity, and excellent insulating capability.

The first aerogel ever made had a base of silicon, which was immensely light — but after this creation, even lighter carbon-based versions began to be examined. This is where a graphene-based alternative came in, providing shocking results. Graphene is a one-atom-thick carbon allotrope with exceptional electrical and mechanical properties, and is one of the strongest materials in the world (for context, it would take an elephant balanced on a pencil over a sheet of graphene the thickness of saran wrap for the graphene to break!).

Aerographene is flexible and elastic, being able to revert to its configuration after compression. It is also very absorbent — in fact, it can absorb 850 times its own weight! Aerographene is described as “a network of covalently bonded graphene sheets surrounding large pockets of air resulting in densities on orders of 3 mg cm”. It is known for its hydrophobicity, reusability, and oleophilicity.

Why Doesn’t Aerographene Float Away?

A common question with aerographene, that I myself also had, was if aerographene is so much lighter than air, why doesn’t it just float away?

How is it Made?

There are different synthesis methods for aerographene, but it usually involves the reduction of a precursor graphene oxide solution to create a graphene hydrogel. From here, any solvent is removed from the pores through freeze-drying, and replaced with air!

There has also been an emerging alternative for synthesizing aerographene, through 3-D printing! This is a scientific breakthrough. It works by diffusing graphene in a gel to create a resin. With the use of UV LED light, the graphene resin can be cured into a solid, then dried in a furnace. Such a method of designing aerographene is substantial, because now graphene can be used in 3-D manufacturing projects, and it gives people the capability to print complex, light, and strong structures.

Aerographene may sound like a dream that feels very far off, like most outstanding findings concerning these types of mystical materials, however this handy substance is already being sold commercially for $300 per gram (which isn’t exceedingly cheap but will likely continue to decrease). Furthermore, it could have some fantastic applications!

One huge implication of aerographene is its potential for oil spills. Because the material is so absorptive, these graphene aerogels could be picked up after oil spills with no mess left behind (and no structural damage to the aerographene due to its elasticity).

Another application includes collecting dust from the tails of comets. When built into the collector grid of a spacecraft with one side facing the particles coming toward the comet and the other the opposite way, aerographene can come in use because any near-contact comet dust will bury itself into it. This would allow comet dust to be brought down to Earth and studied by scientists!

Other implications include uses for insulation, phase change materials for energy storage, and manufacturing of lightweight, higher energy density batteries — and other cool structures!

Let’s do a quick overview of what we learned!