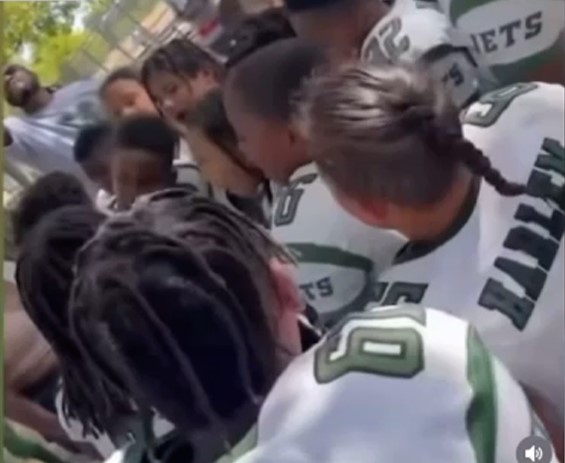 A youth football team in Harlem was left on the sidelines after the NYC Parks Department closed their field for renovations.

Months later, those renovations were complete but the field still hadn’t reopened, and with the team’s homecoming game this weekend, the clock was running out.

Since 2005, the Harlem Jets has been a second home for thousands of kids in NYC. Several times a week, the kids play football at Harlem River Park on West 128th Street.

“That’s all we have, that’s all we’ve ever had, that is the only regulation-sized field in our community,” said co-founder Jamel Wright.

But in this report, parents and coaches say there’s a flag on the field — a penalty against the parks department.

“We’re fighting for things our children really should get, like their counterparts get otherwise in more affluent neighborhoods, without second guessing,” said Starr Thomas with the Harlem Jets.

They reached out to reporters for help after their home field has been closed for renovations for several months.

They did get permits to temporarily play at a field on East 145th Street, but that permit expired and their home base wasn’t ready.

They were told the hang up was a fence needed to be inspected. All of this happened just days before Saturday’s huge homecoming.

“You’re going to see grandmas out in wheelchairs and with walkers, everyone comes out to support the kids,” Wright said.

Hours after we contacted the city, a spokesperson said, “We are happy to report that the home of the Harlem Jets-Harlem River Park-will open this Saturday.”

“It just kind of didn’t seem to move as fast as it needed to move until you got involved, so thank you so much for that,” Wright said.

With Saturday’s big game now set, what happens next?

The parks department said right now its permitting team is working with the Jets and says the team will have a place to practice and play.

The Jets hope to make it their permanent home and provide stability for the kids.