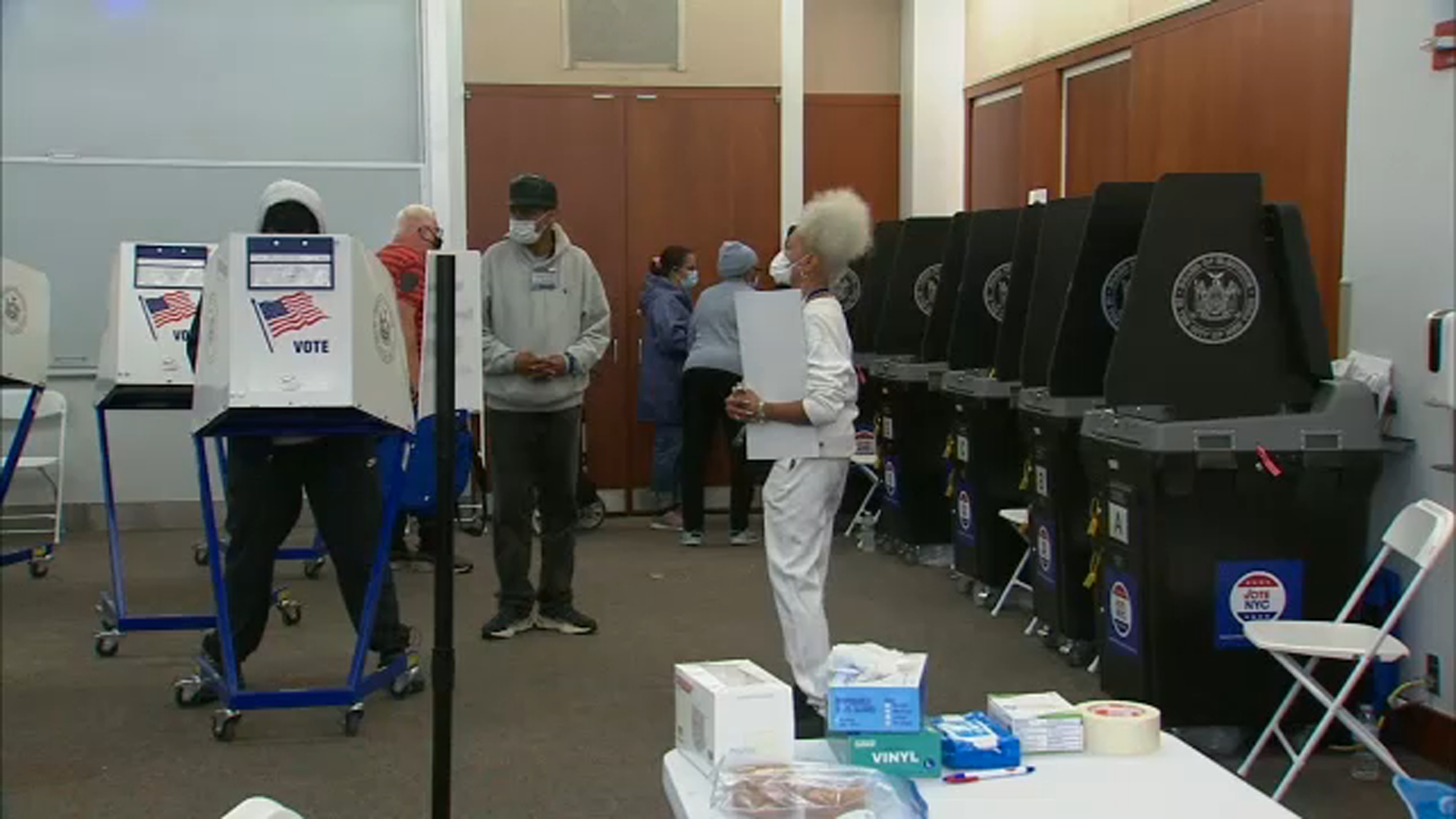 It’s Election Day and the governor’s race is unexpectedly close.

Four years ago, former Governor Andrew Cuomo beat his opponent by 24 points and this year, the polls show it could be a dead heat.

Congressman Lee Zeldin held a big rally Monday night in Franklin Square. He aimed to capture Republican support in the suburbs and also focused his attention on the Democrats in NYC who are not happy with the high cost of living and crime.

“This isn’t about Republican verse democrat. This is about all of us uniting. You know we’ve been in this situation in decades past where people in government were trying to lecture the public that this is perception, nothing to see here, look away. It wasn’t until New Yorkers united in the early 90s that they decided to take back our streets,” Zeldin said in the Bronx on Monday.

Zeldin will be in Queens today.

Incumbent Governor Kathy Hochul wrapped up her Monday in her hometown of Buffalo, before making several stops in some of NYC’s deep blue neighborhoods.

She will be back in the city for Election Day today, making stops in Manhattan and Brooklyn. She will also be making a campaign stop in Woodside with Congresswoman Alexandria Ocasio Cortez.

Hochul is focused on turning out the massive Democratic Base.

“We have a lot of Democrats, they are energized, they go out to vote. That’s how we’re gonna win the election,” Hochul said on Monday. “I always run like I’m the underdog. Makes me work harder and that’s why we’re gonna win,” she added.

Hochul says her opponent is just like every other Republican — fear mongering and spreading lies.

For Zeldin, who knows in the heavily Democratic state he needs cross over voters, he says forget the party labels.

Hochul greeted commuters at the 72nd Street subway station on the Upper West Side on Monday morning before pounding the pavement in Harlem.

She focused on turnout, as she tries to fend off her challenger’s surging campaign, who has been hammering her on rising crime.

“He has been hyperventilating, trying to scare people for months, New Yorkers are onto it,” Hochul said. “All the legitimate media organizations have called him out for what he is doing. Fear mongering. And it’s not just here in New York. That has been the Republican playbook all across this country.”

The governor does not need independents-she doesn’t need to convert Republicans. She needs her core supporters to vote. The strategy, she said, is simple.

“We have a lot of Democrats, they are energized, they go out to vote, that’s how we’re gonna win the election,” Hochul said. “I always run like I’m the underdog. Makes me work harder and that’s why we’re gonna win.”

In Buffalo Monday night, Hochul barely mentioned her opponent, instead giving a campaign speech about the party’s values.

Her opponent has the bigger challenge. Zeldin cannot win without support from Democrats.

His all-crime, all-the-time strategy is intended to appeal to more conservative New Yorkers. In a press conference last week, he mentioned the word “crime” 21 times in 24 minutes.

And on Monday, he held an event at the scene of a subway stabbing.

“We’ve been in this situation, decades past,” he said. “It wasn’t until New Yorkers united in the early ’90s that they decided they are going to take back our streets.”

Zeldin is polling within single digits of the incumbent with his laser focus on crime.

“People are hitting their breaking point in New York,” Zeldin said. “And we have all decided enough.”

On Monday night at the Whitehall terminal, Zeldin said if elected, he plans to have a good working relationship with Mayor Adams.

“That’ll be my first phone call that I make on a Wednesday morning,” Zeldin said. “And my question to Eric Adams will be so what do you need? What can I do to help? And I think that there are some important tools that he needs for fighting crime that he’s just not getting support for right now from Albany.”

“It is so illogical to say you’re tough on crime, but you’re soft on guns,” Hochul said about Zeldin’s views on relaxing the state’s gun laws. “He thinks the answer is people on subways carrying guns, teachers in classrooms with loaded guns.”

President Biden joined Hochul in Yonkers on Sunday while Former President Bill Clinton met the incumbent in Brooklyn on Saturday.

Biden reminded voters that abortion rights could be on the line if Zeldin takes office.

“Even before the Dobbs decision came down your governor took action to protect patients and doctors to be sure the right to choose for women in New York would be protected,” Biden said. “And her opponent, meanwhile, believes that there should be no exceptions even for rape or incest. None.”

Zeldin recently walked back his talk on changing New York’s abortion laws, at least while there’s a Democratic majority in the legislature.

Both candidates made campaign stops outside of the five boroughs over the weekend with Zeldin holding rallies in Hudson Valley and Putnam County where there was strong turnout.

During an event on Thursday morning, Eyewitness News asked Hochul what she would say to Democrats in NYC who are worried about rising prices and crime.

“Most voters understand that I’ve been the governor one year,” Hochul said. “There are national trends going on and I’ve been in the trenches fighting for them.”

If Hochul loses it would be a major upset in a state that Democrat Andrew Cuomo won four years ago by 24 points.

Polls show Hochul is up by an average of 7 points.

One big concern for Democrats is even if Hochul wins if it’s not by the large margins they’re used to, down-ballot candidates in closer races could find themselves swept out in a red wave — even in blue New York.