Woman in pool struck by tree, killed in Bronx 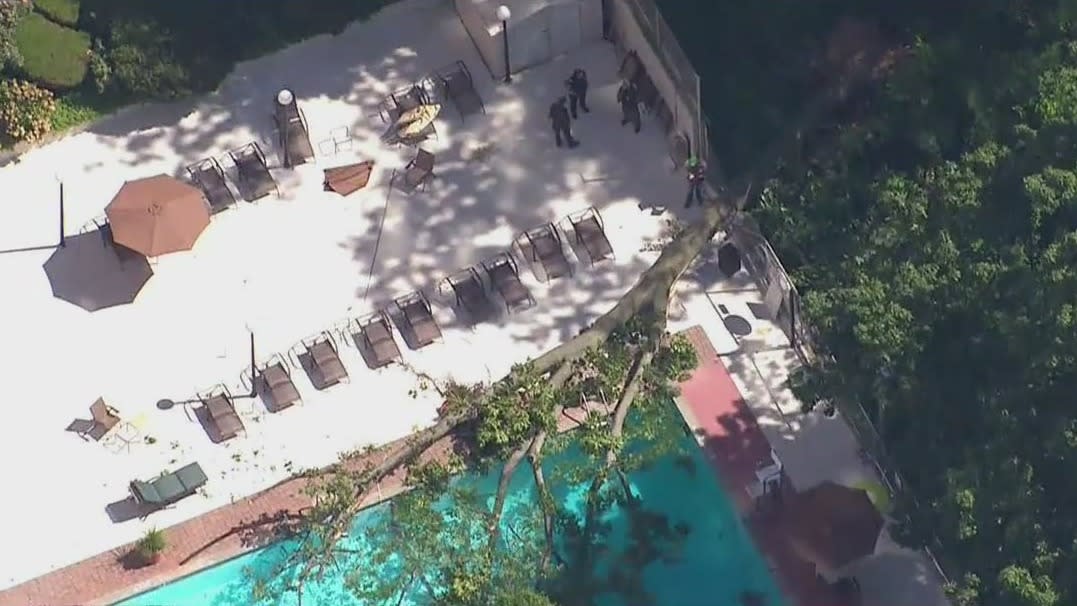 A woman was killed and another was injured when a huge tree fell into a pool in the Bronx on Monday.

The incident was reported at a private pool at the River Terrace Apartments around 1:30 p.m. on Palisade Avenue.

A 59-year-old woman who was swimming at the time was struck by the tree and pronounced dead at the scene.

Another woman, 72, was taken to the hospital in critical but stable condition.

The NYC Parks department said the tree is not under its jurisdiction.

It is not yet clear what caused the tree to fall.

The incident comes just one day after a man was critically injured by a tree while he was sitting on a bench in Brooklyn.