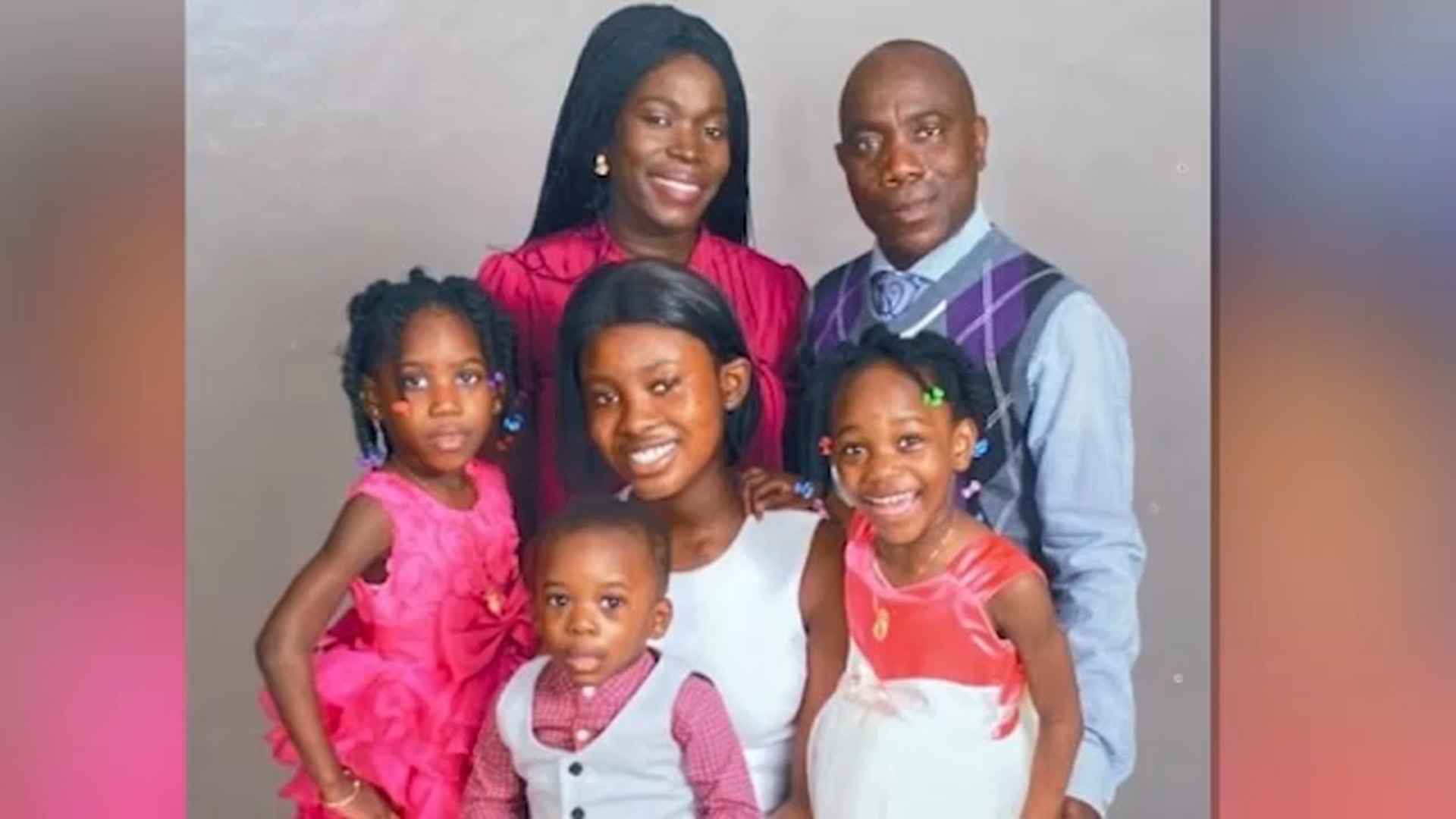 The widow of a taxi driver who died after fatally striking his head on the ground during an altercation with fare-evading passengers spoke out Sunday.

Surrounded by loved ones and taxi drivers, Abby Gyiham tearfully spoke out about her husband, 52-year-old Kutin Gyimah.

The couple have four children together, ages three, five, seven, and eight.

“He was my backbone. I’m lost right now, my children here. I don’t know what to do right now. I am lost, I am lost in this world,” Gyiham said.

Gyiham’s coworkers described him as a man who worked restlessly, especially during the height of the coronavirus pandemic.

“This gentleman drove his cab, he never stopped taking passengers. This to me is a hero, like the first responders. If a doctor, a nurse, someone, a family member needed to get somewhere, he was driving the cab, and he never stopped,” Spyros Drakos said.

According to police, when Kutin Gyimah let five passengers out near Beach 54th Street and Arverne Boulevard in Edgemere just before 6:30 a.m. instead of paying the fare, they tried to rob him.

Police said Gyimah chased after them and was struck by one or more of the suspects, leading him to fall to the ground and hit his head.

He suffered a severe head wound and was taken to St. John’s Hospital where he was pronounced dead.

Detectives have obtained video of the scene and a 911 caller reported witnessing the attack, but, so far, no arrests have been made.

“Her husband went to work this morning like he did every day at 5 AM. And he’s never coming back,” Fernando Mateo of the New York State Federation of Taxi Drivers said. “This guy picked them up to take them where they wanted to go. Why kill the man?”

Mateo said Police Commissioner Keechant Sewell assured him that the NYPD would find the suspects.

A spokesperson for City Hall released the following statement:

The NYPD is actively investigating the fatal assault of a yellow cab driver in Arverne, Queens this morning. This tragedy is not only devastating, but unacceptable. Violence will not be tolerated in our city, which is why we’re working every day to get violent criminals off our streets. We extend our deepest condolences to the victim’s family, friends, and coworkers during this painful time and we will work diligently to bring all people responsible to justice.

As police continue to look for the five suspects, the New York State Federation of Taxi Drivers is offering a $15,000 reward for information leading to their arrests.

The federation is also raising money to help his family pay for his funeral with a GoFundMe page.