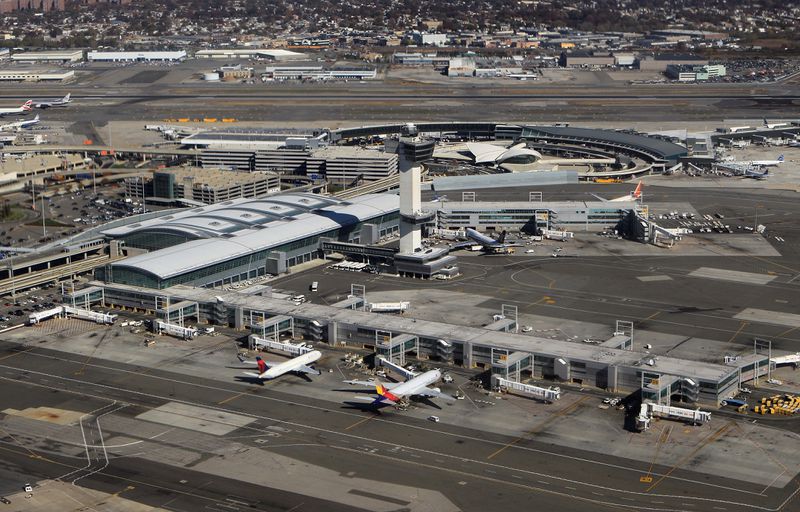 A cargo building at JFK Airport on Monday was converted into a processing center for refugees fleeing Afghanistan — and many may end up temporarily living in the building, sources told the Daily News.

The airport’s massive Building 87, which normally houses cargo operations and is where Port Authority K-9 cops train with their dogs, will be the first glimpse of America for many of the Afghans arriving at the international airport after fleeing the Taliban in the wake of its takeover of Afghanistan following the withdrawal of the U.S. military there.

The U.S. deadline to pull troops from Afghanistan is Tuesday — and President Biden vowed to help tens of thousands of Afghan allies who worked with Americans during the occupation that lasted nearly two decades. U.S. officials said Afghans who partnered with Americans and remain in their home country beyond the deadline are at risk of violence.

Sources said the refugees are expected to begin arriving at Building 87 in the coming days.

Port Authority spokeswoman Cheryl Ann Albiez said the agency has not yet confirmed flights of Afghan refugees that will be landing at the airport, and that any preparations for the arrival of refugees “are for contingency planning.”

Building 87, which is located on the northern end of JFK Airport, could also become temporary housing for some refugees while federal officials work to find them permanent places to live. Sources said the building was also being fitted with places for refugees to sleep.

Representatives from U.S. Customs and Border Protection, which is overseeing the placement of Afghan refugees, said the government’s current operation for transporting people evacuated from Afghanistan into the U.S. is to bring them into Dulles International and Philadelphia International airports.

Thousands of refugees also hang in limbo at Ramstein Air Base in Germany awaiting direction and approval for resettlement.

Nearly 100 governments and the North Atlantic Treaty Organization on Sunday released a joint statement stating they would “continue issuing travel documentation to designated Afghans.” The signees did not include China or Russia.

Biden’s push to resettle Afghans who became refugees as the Taliban seized control of Kabul has drawn the ire of Republicans, including former President Trump.

“NO VETTING,” Trump wrote in a statement last week. “How many terrorists will Joe Biden bring to America? We don’t know!”