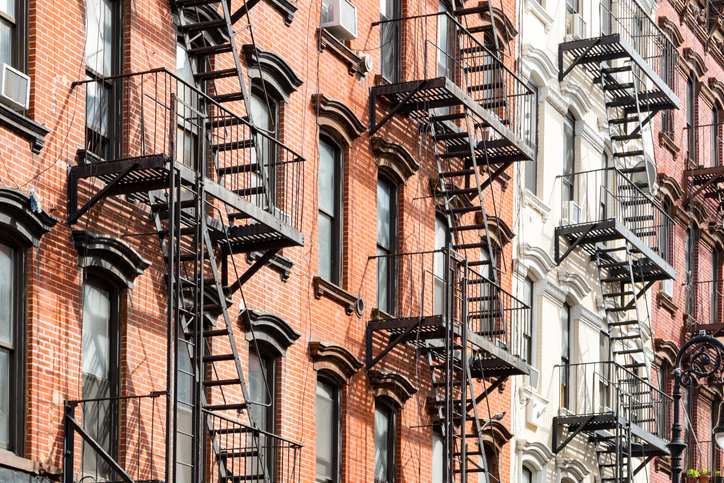 As hundreds of tenants across New York City go on rent strike to push elected officials to provide economic relief for those in need, small landlords say they, too, will need assistance.

While calls to cancel rent have been ongoing for well over two months by tenants, housing advocates and elected officials, there are still few concrete results. But small landlords worry that the rent strikes may cause more harm than good.

New York City Small Home Owners Association’s Director Richard St. Paul said most of their members are home owners with one to five units that aren’t typically rent regulated — and many of them depend heavily on rent to maintain their properties.

St. Paul believes small landlords aren’t represented as well as larger landlords, who often times have an easier way of managing cost and expenses. He said very little has been done on the state and federal level to offer relief for small landlords.

“I don’t want people to believe they don’t have hearts,” St. Paul said. “But ultimately, it comes down to the fact that this is also a business.”

But many argue more has been done for property owners, given Gov. Andrew Cuomo’s mortgage and eviction moratorium in March — which was set to end in June but was extended to Aug. 20. Cuomo said tenants cannot be evicted and late fees cannot be incurred from non-payment of rent until the moratorium is lifted.

Richard Khuzami, president of the Old Astoria Neighborhood Association, is a small landlord with a three-family building and a commercial tenant in Astoria. He said his tenants have been able to pay their rent since the pandemic began.

“I completely understand there’s an issue and there are people in situations that can’t pay rent, especially with issues collecting unemployment and the government checks that operationally turned into a fiasco,” he said. “But rent relief shouldn’t be on the backs of landlords.”

Khuzami added that he has no problem deferring payment, but that he’d only support canceling rent all together if landlords would have their mortgage, utilities and insurance forgiven as well. “It should be reciprocal,” Khuzami said.

“There should be a tax holiday for property taxes,” Khuzami said. “The taxes, insurance, utilities, all these items might be much easier postponed if everyone knew rent would be recoverable.”

What about the mortgage moratorium?

Khuzami said it only accounts for state-controlled moratoriums while the majority of mortgages come from federal agencies like Fannie Mae and Freddie Mac.

In March, the Federal House Finance Agency directed Fannie Mae and Freddie Mac to suspend all foreclosures and evictions for 60 days due to the COVID-19 national emergency. The agencies also announced they would give borrowers affected by the virus forbearance options that would allow them to suspend mortgage payments for up to 12 months.

Khuzami said his bank told him that while he doesn’t have to pay his mortgage and won’t penalize him, they “can’t guarantee there won’t be a balloon payment” once the moratoriums are lifted.

“But I don’t think it’s in their best interest to close homes,” he said.

Echoing St. Paul’s comment, Khuzami said small landlords should qualify for the federal Paycheck Protection Program, being that they are a small business as well.

“I’m retired, and like a lot of small landlords, this is our only source of income,” Khuzami said.

Cuomo said the state is working on relief from the banks for landlords, and that the federal government and state are working on plans to “make sure those banks get relief so they don’t have to do any foreclosures.”

Meanwhile, two Queens representatives are leading New York’s Congressional delegation in calling for the House and Senate to include rent and mortgage forgiveness in the next COVID-19 stimulus package.

They also called for the creation of a Housing and Urban Development (HUD) fund that would reimburse landlords for the cost of canceling rent for the duration of the crisis, and for an additional six months after the pandemic ends. This fund would be extended to small private landlords, public housing authorities, nonprofit organizations or housing cooperatives.

“Not only does HUD have the capacity to administer a program of this scale, but it would serve as a direct stimulus for the countless families that are facing unprecedented economic hardship,” the representatives wrote in the letter to Congressional leadership. “We need a universal program that will cover all renters without introducing costly bureaucratic measures that will slow the receipt of aid and preserve the already limited stock of affordable housing.“