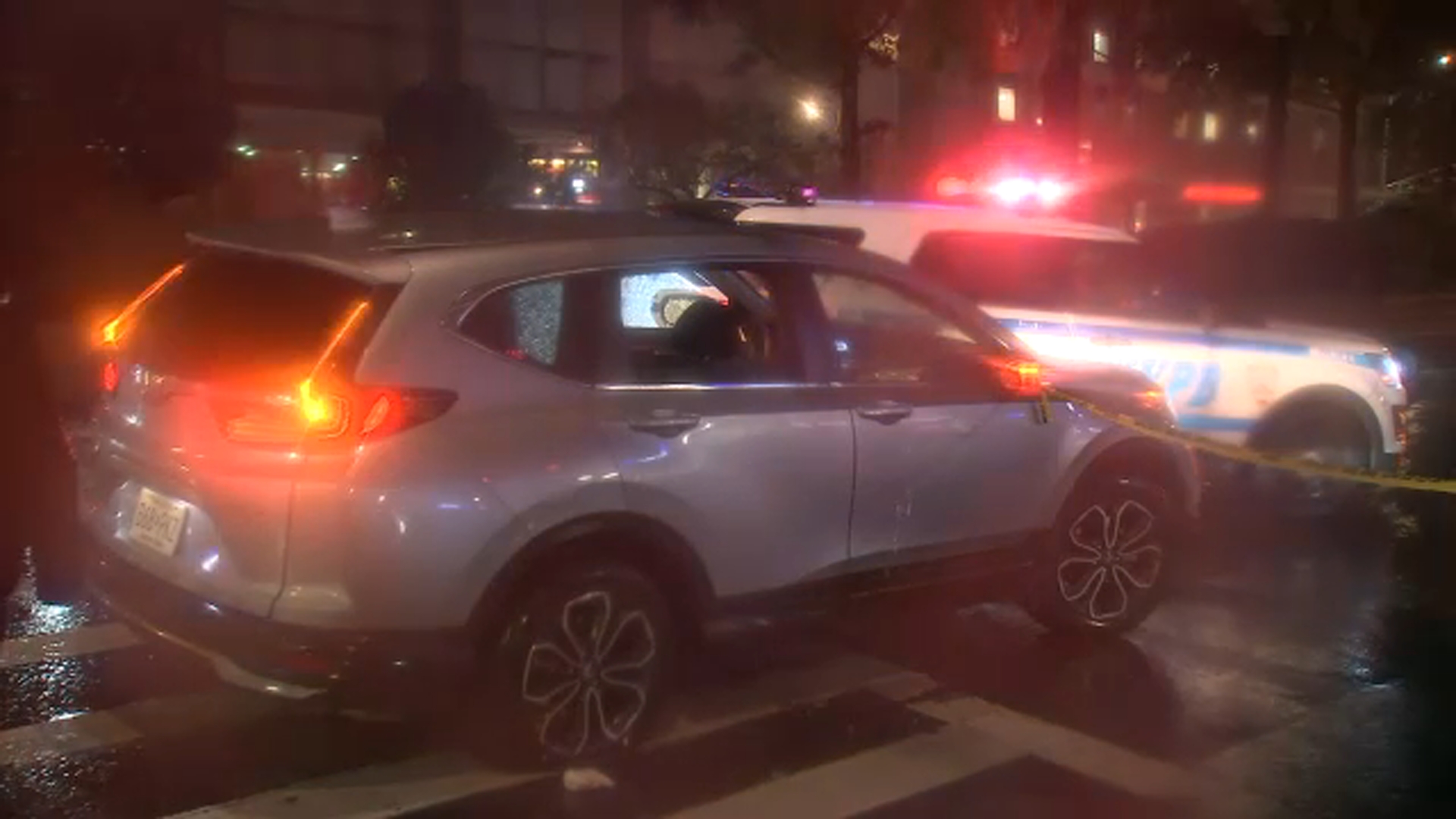 A 19-year-old woman was shot in the leg while sitting in an SUV in Washington Heights, the second woman to be struck within hours by unintended gunfire.

The victim, who is reported to be about eight months pregnant, was shot while sitting in the front passenger seat of a Honda SUV on West 165th Street at around 9 p.m. Monday.

The woman’s boyfriend, who was the driver, got into a dispute with up to five men he knew as they two were going to a nearby Wendy’s restaurant.

A member of the group open fire at the boyfriend. The boyfriend was not injured, but the bullet hit the woman in the leg.

She was rushed to Harlem Hospital in stable condition. Both she and her unborn child are expected to survive.

The five men fled westbound on West 165th Street. No arrests were immediately made.

About five hours earlier, a 70-year-old woman was shot in the leg as two men argued in Bedford Stuyvesant, Brooklyn.

She was also not the intended target.

Police have released surveillance video of two suspects in that case.

Anyone with information on either case is asked to contact police.