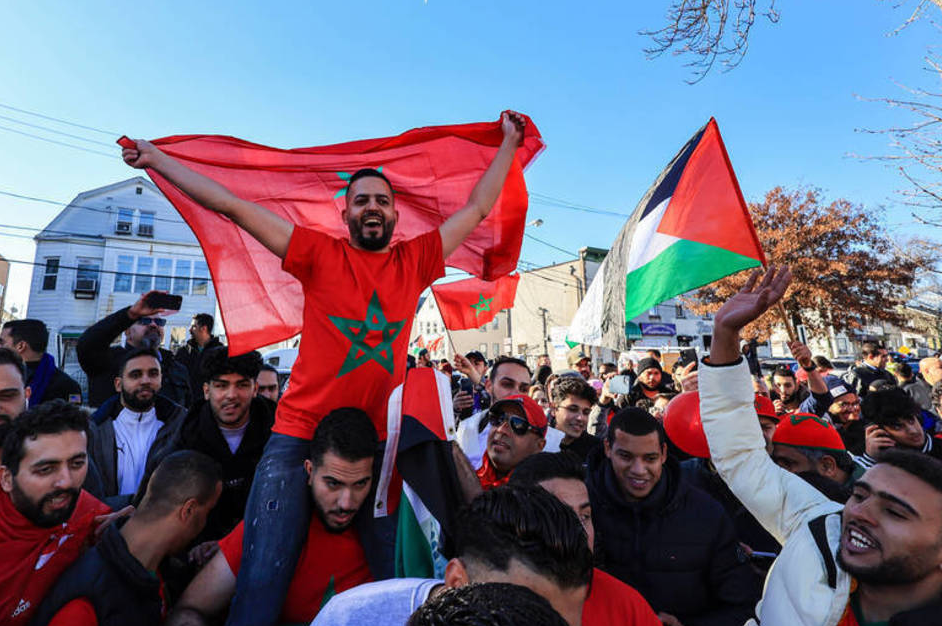 A watch party will take place in Paterson, New Jersey on Wednesday to cheer on Morocco in the World Cup semifinals.

At 2 p.m., Mayor Andre Sayegh, Councilman Al Abdelaziz, and the Morocco Organization will host the viewing of the match at Abu Rass Restaurant on Main Street.

Paterson is home to the state’s largest Arab-American population, so many in the area are looking forward to rooting for Morocco.

This World Cup semifinal match is a special one. Morocco made history by becoming the first African nation and first Arab nation to reach this point in the tournament.

Not only will the Moroccan team face off against legendary French striker Kylian Mbappé, but France is also the World Cup defending champion.

Wednesday’s match has cultural and political connotations – Morocco was under French rule from 1912-56 – and the outcome is far from the foregone conclusion many would presume by looking at the names of the players and the rankings of the teams.

Morocco has exceeded all expectations in Qatar by beating second-ranked Belgium in the group stage and then eliminating European powerhouses Spain and Portugal in the knockout phase to reach the semifinals.

It is one of the biggest stories in the World Cup’s 92-year history and Morocco is not done yet.

“I was asked if we can win the World Cup and I said, ‘Why not? We can dream, it doesn’t cost you anything to have dreams,'” said Walid Regragui, Morocco’s French-born coach. “European countries are used to winning the World Cup and we have played top sides, we have not had an easy run. Anyone playing us is going to be afraid of us now.”

Morocco might have some injuries now – Aguerd and fellow center back Romain Saiss could be missing Wednesday – but Regragui’s game plan relies on team shape and discipline more than any specific individual.

“We recovered well. We have good doctors and every day we get good news. No one is ruled out and no one is for certain,” Regragui said Tuesday. “We’ll use the best team possible.”

The Morocco coach said his team is ready to “change the mentality” of Africa, and he’s told his players not to settle for anything less than the top prize.

“We’re going to fight to move on, for the African nations, for the Arab world,” he said.

Regragui said defender Achraf Hakimi is looking forward to a “nice duel” with Mbappé, his teammate at Paris Saint-Germain, but added that France doesn’t just depend on its star player.

“We’ll have to block Kylian, but not just him,” Regragui said. “Hakimi is super motivated to beat his friend.”

The key to winning the game, the coach said, will be Morocco’s “team spirit” and the support of the crowd at Al Bayt Stadium, where French President Emmanuel Macron is set to be in attendance along with tens of thousands of green-and-red-clad Morocco fans. It will feel like a home game for Morocco’s players, which might level things up even more.

“We have the best fans in the world along with Argentines and Brazilians. They’re people who come from anywhere in the world to support their country,” Regragui said. “We’re going to play like being at home and that’s the most important thing in the world.”

“It’s going to make a lot of noise, a raucous atmosphere. It’s going to be a tough time to concentrate in that sense, but during the match and at halftime, we’re going to have to remain focused,” Lloris said.

France coach Didier Deschamps said his team is ready for the “loud support” that Morocco will get from its fans, but added his players have prepared for the atmosphere and know what to expect.

“Yes, it’s true, (Morocco) have been very strong in defense. And none of their opponents has managed to find a solution. But they’re not just good in defense. They wouldn’t have reached the semifinals if they were just a defensive team,” Deschamps said. “They’ve shown other qualities.”

France starts as the big favorite, though, because of its star quality and experience. In Mbappé and Antoine Griezmann, a forward who has reinvented himself as a midfield playmaker at the World Cup, the team has two of the World Cup’s leading players while Olivier Giroud’s winner against England took him to four goals – the same as Messi.

They have attacking threats from everywhere and that intangible quality of just knowing how to get the job done. France center back Raphael Varane said there will be no danger of complacency among his teammates in a game against the world’s 22nd-ranked team.

“We have enough experience in the team to not fall into that trap,” Varane said. “We know Morocco isn’t here by chance. It is up to us, as experienced players, to make sure we are all prepared for another battle.”