NYPD officers responding to robbery involved in shootout in Chelsea 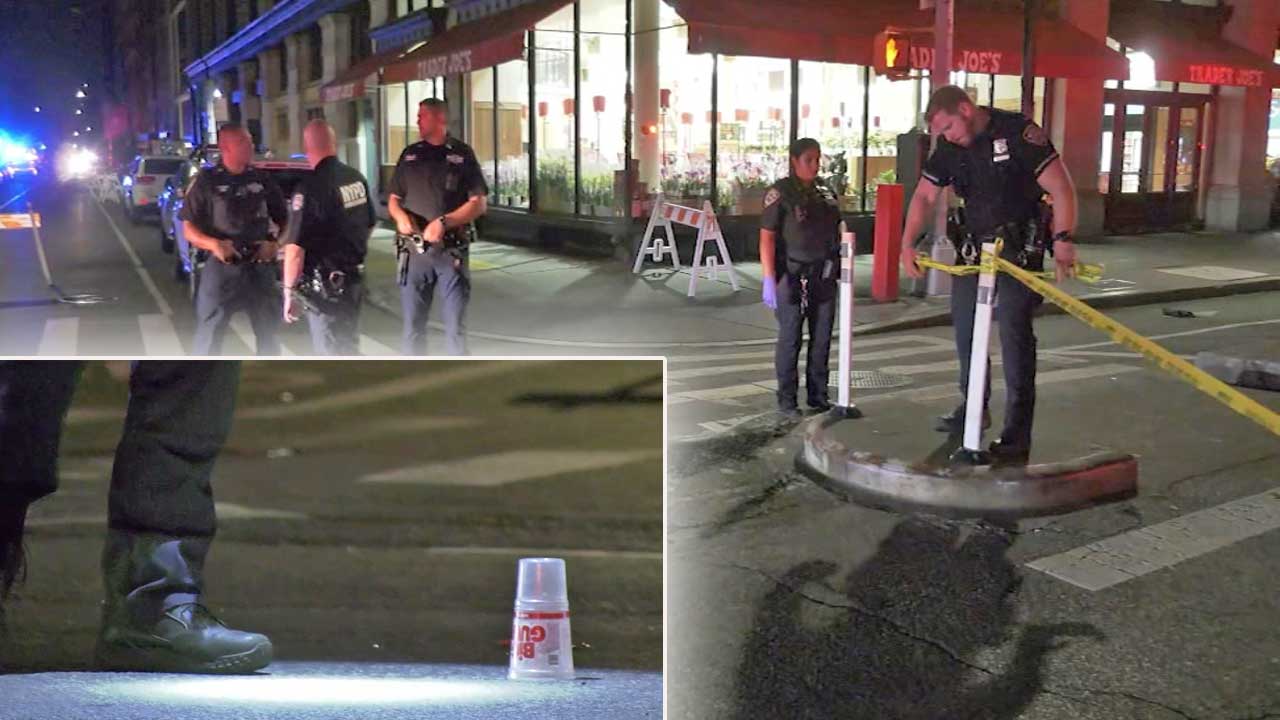 Police officers got into a shootout responding to a robbery in Chelsea early Friday morning.

Plainclothes officers who were wearing NYPD windbreakers were working inside Club Doux when a bouncer told them a robbery was taking place in front of the club.

When the officers went outside and tried to intervene, police said, the suspects fired at them.

The officers returned fire. No one was struck.

The suspects were generally described as wearing black hoodies.

This is the same location where a man was shot and a police cruiser struck by gunfire last week, on July 18.

West 21st Street was closed Friday morning between 5th and 6th avenues, and 6th Avenue was closed at 20th Street, for the investigation.