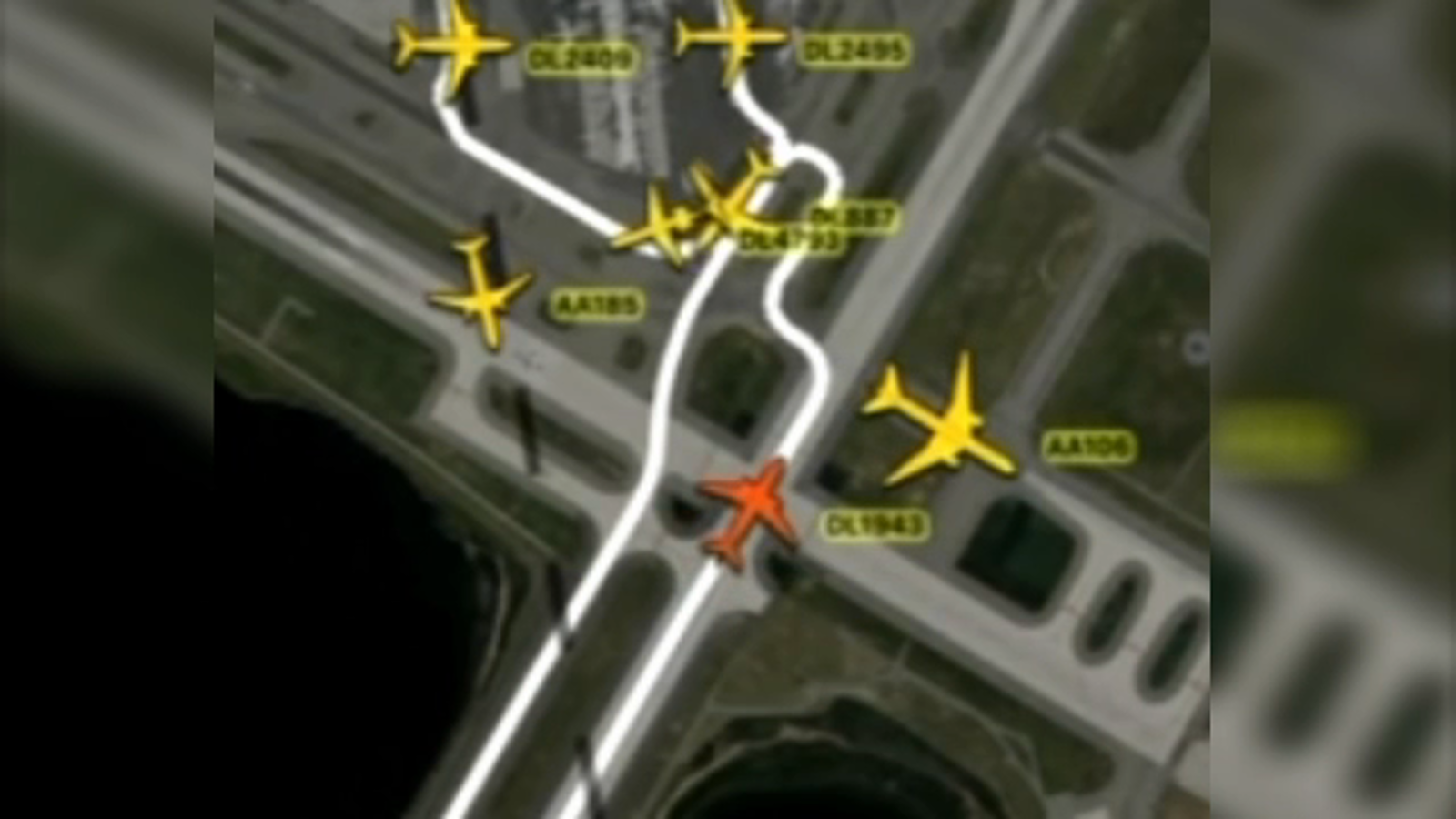 The National Transportation Safety Board is now investigating after two planes nearly collided on the runway at JFK airport Friday night.

An air traffic controller saw what was about to happen and had one of the pilots stop their plane.

The Delta passenger plane was taking off for the Dominican Republic when an American Airlines plane crossed the runway, according to the FAA.

The pilot initiated an emergency stop protocol after the plane had already reached a speed of 115mph.

Delta Air Lines’ departing Boeing 737 plane then came to a safe stop on the John F. Kennedy International Airport runway as the other crossed in front around 8:45 p.m., the Federal Aviation Administration said in a statement.

The Delta plane stopped about 1,000 feet (about 0.3 kilometers) from where the American Airlines plane had crossed from an adjacent taxiway, according to the FAA statement.

The American Airlines pilot did not have clearance to cross the runway. That plane took off for a flight to London about 20 minutes later.

The Delta plane that aborted its takeoff and returned to the gate and the 145 passengers were given overnight accommodations and continued their trip the following morning.

Brian Heale, a passenger on the Delta flight, said at first he thought the abrupt stop was a mechanical issue.

“There was this abrupt jerk of the plane, and everyone was sort of thrust forward from the waist,” he recalled. “There was an audible reaction when the brakes happened, like a gasp. And then there was a total silence for a couple of seconds.”

Heale, who was traveling with his husband for their winter getaway to the Dominican Republic, said it wasn’t until he was scrolling on Twitter the next day that he realized the gravity of what could have happened on that runway.

“The pilot made the call to only share information on a need-to-know basis, and that was absolutely the right call, because it would’ve been pandemonium,” he said.

Twitter user @xJonNYC, who first broke the story, said the prevention of a potential disaster was nothing short of a miracle.

People are starting to opine– knowledgable people– more I hear the more I am *convinced* (and just because I am, doesn’t mean anyone else has to be;) this had the serious potential to be a calamity of historic proportion and it’s prevention was nothing short of a MIRACLE.

The Federal Aviation Administration said Saturday that it will investigate. The National Transportation Safety Board also said it was looking into the case.

“Obviously, there were mistakes made, human error was involved, so the real key here now is to find out by whom, what were the circumstances, but most importantly, finding ways to put procedures in place to make sure that it never happens again,” said ABC News contributor and retired USMC Col. Steve Ganyard.

American Airlines would not comment on the incident and said it would defer all questions to the FAA.

“Delta will work with and assist aviation authorities on a full review of flight 1943 on Jan. 13 regarding a successful aborted takeoff procedure at New York-JFK. We apologize to our customers for the inconvenience and delay of their travels,” a Delta spokesperson said in a statement.