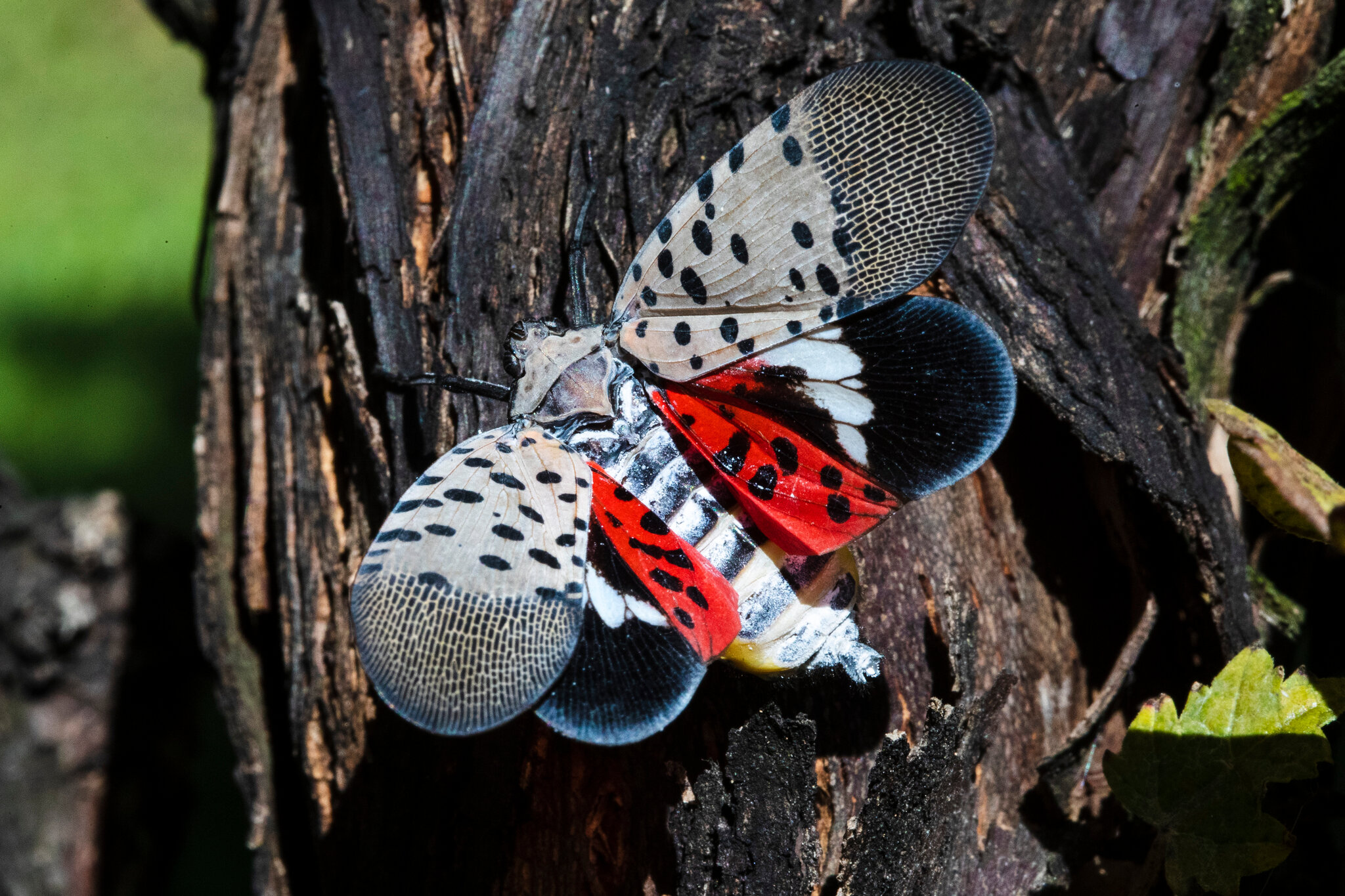 Spotted lanternflies were first seen on Staten Island in August 2020 and have since been spotted across the five boroughs, Long Island, and the Northern Suburbs.

The agriculture department is partnering with other state and federal agencies to control the spread of lanternflies to other areas.

Officials say the bug feeds on 70 species of plants including crops that are important to New York state’s agricultural economy.

Anyone who sees a spotted lanternfly is asked to fillout a survey so the Department of Agriculture can continue to collect data on areas most affected.

This comes after officials in New Jersey made a similar announcement about the destructive bug.

A call to action has been issued throughout a community in New Jersey to exterminate an invasive bug that has swarmed the neighborhood.

Thousands of spotted lanternflies took over a building in North Bergen.

“I don’t know where they came, are they leaving? I mean you can’t kill them,” tenant Carol Winfield said. “You step on them, they jump back up. Are they human? Are they aliens?”

Tenants say the flies literally climb up the building and multiply at a very quick rate. They have been seen everywhere in the building.

“They swim in our pool. We’ve seen multiple sometimes 4, 5, 6 at a time can be just swimming in our swimming pool,” said tenant Laurie Jaffe.

One tenant said they kill about a hundred on their terraces a day.

“It is horrendous. They’re on the walls, they’re falling on you while you’re trying to clean,” a tenant said.

The New Jersey Department of Agriculture has signed a campaign called “Join the battle, Beat the Bug, Stomp it Out, Stop the Spotted Lanternfly.”

“While it does not harm humans or animals, it can reduce the quality of life for people living in heavily infested areas,” the department said. “SLF is a serious invasive pest with a healthy appetite for our plants and it can be a significant nuisance.”

“You can’t go out on your terrace, they will fly into your home. My neighbor’s dog ate one, very very sick,” said Jaffe.

As of a month ago, the spotted lanternflies made a comeback.

Tenants and building staff say they’ve begun mitigation efforts this week, including hiring exterminators, to try to get the problem under control.

The building staff and tenants are all over this part of the garden state, but they may just have to wait until pool season is over.