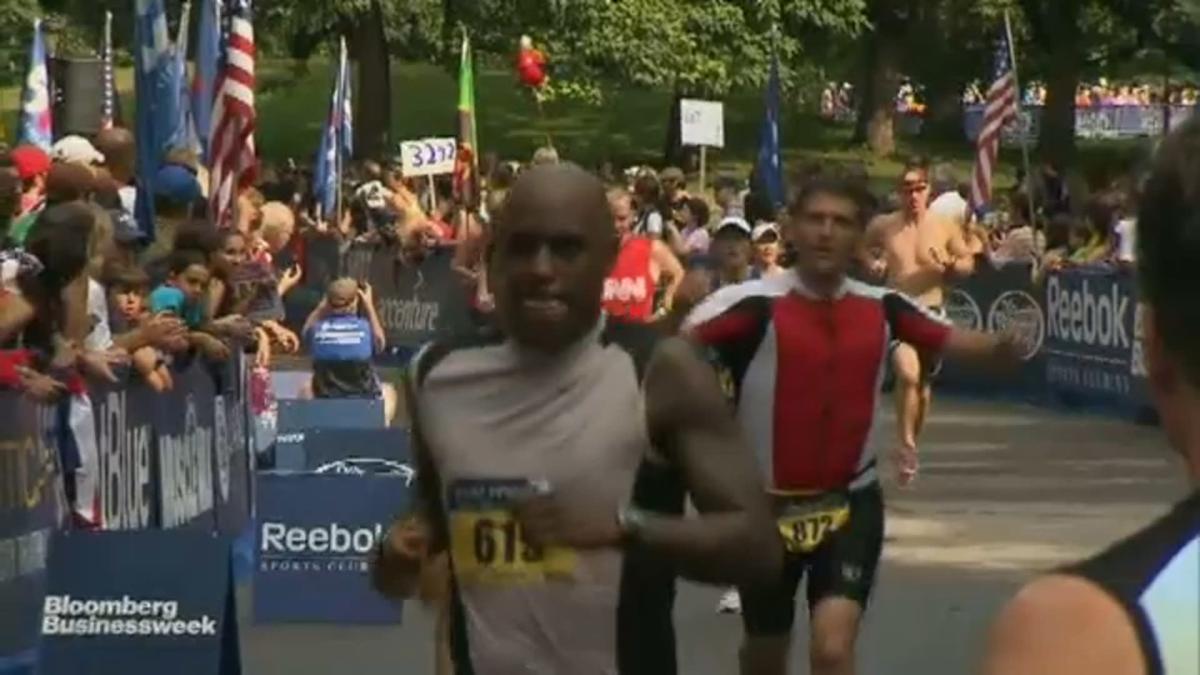 Extreme heat is expected to be a challenge for athletes competing in the New York City Triathlon that kicked off Sunday morning.

Organizers said they are doing everything to keep athletes safe, including handling out ice towels and opening up a misting station.

Portions of the triathlon will feature shortened courses due to the heat advisory.

Cycling portions will be halved to 12.4 miles and the running portion will be shortened to 2.5 miles from 6.2 miles.

One part that won’t change will be the swimming portion of the triathlon.

“Love that they’re taking care of our safety first and they’ve shrunk the distances for all three of the races, which is a bit concerning because that’s what you pay for so you want to go for the full triathlon and you want that score to count for you and so since they’ve shrunk it down it’s a bit disappointing but it’s nice to know they’re taking care of our health first,” triathlete Shiv Patel said.

More than 2,000 athletes from 40 states and 30 countries will be participating.

Athletes participating in the race are anywhere from 18 to 81 years old.

The triathlon started just before 6 a.m.