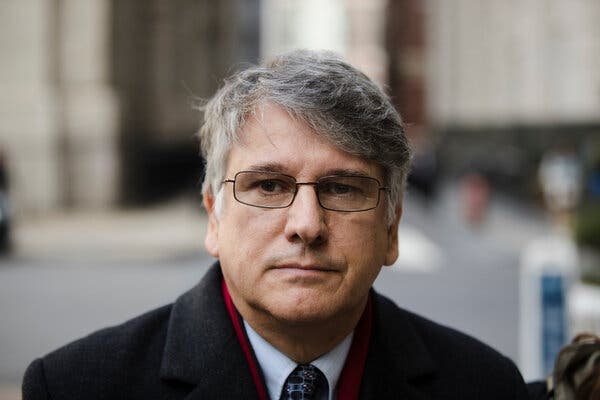 A once-prominent neurologist was found guilty Friday on charges of sexually abusing patients while treating them with pain medications.

A New York City jury reached the verdict after deliberating for about three days at the trial of Dr. Ricardo Cruciani.

Cruciani, 68, was convicted of five sex crime counts, including predatory sexual assault, rape and sex abuse. He was acquitted on two other counts.

“We entrust doctors to respect our bodies and health when we go to them for help, yet Dr. Cruciani utterly violated that duty,” District Attorney Alvin Bragg said in a statement. Cruciani, Bragg added, “left in his wake six survivors who continue to suffer from debilitating diseases, and now, years of trauma.”

The doctor had denied the allegations. His attorney, Fred Sosinsky, said Friday there would be an appeal.

“My client and his beautiful family are crushed by today’s verdict,” the lawyer said. “In the end, it appears that the collective weight of six accusers, rather than a fair consideration of each of their problematic accounts.”

Prosecutors alleged Cruciani groomed vulnerable patients by overprescribing pain killers, sometimes to treat serious injuries from car wrecks and other accidents. Six women testified the sexual abuse often occurred behind closed doors during appointments in 2013 at a Manhattan medical center, where the doctor would expose himself and demand sex.

“He didn’t finish writing my prescriptions until I did something for him,” one told the jury.

In closing arguments, prosecutor Shannon Lucey called the behavior “just pure evil,” adding, “This defendant is nothing but a drug dealer who used his prescription pad as a weapon.”

Sosinsky countered by arguing the witnesses weren’t credible, telling the jury the women “were willing to lie” and “dispute the indisputable” to make the charges stick.

Cruciani is also facing federal charges accusing him of abusing multiple patients over 15 years at his offices in New York City, Philadelphia and Hopewell, New Jersey.

The federal charges and state trial follow years of public complaints by Cruciani’s accusers that authorities in some places were not taking his crimes seriously, particularly in Philadelphia, where he pleaded guilty to relatively minor misdemeanor groping counts involving seven patients.