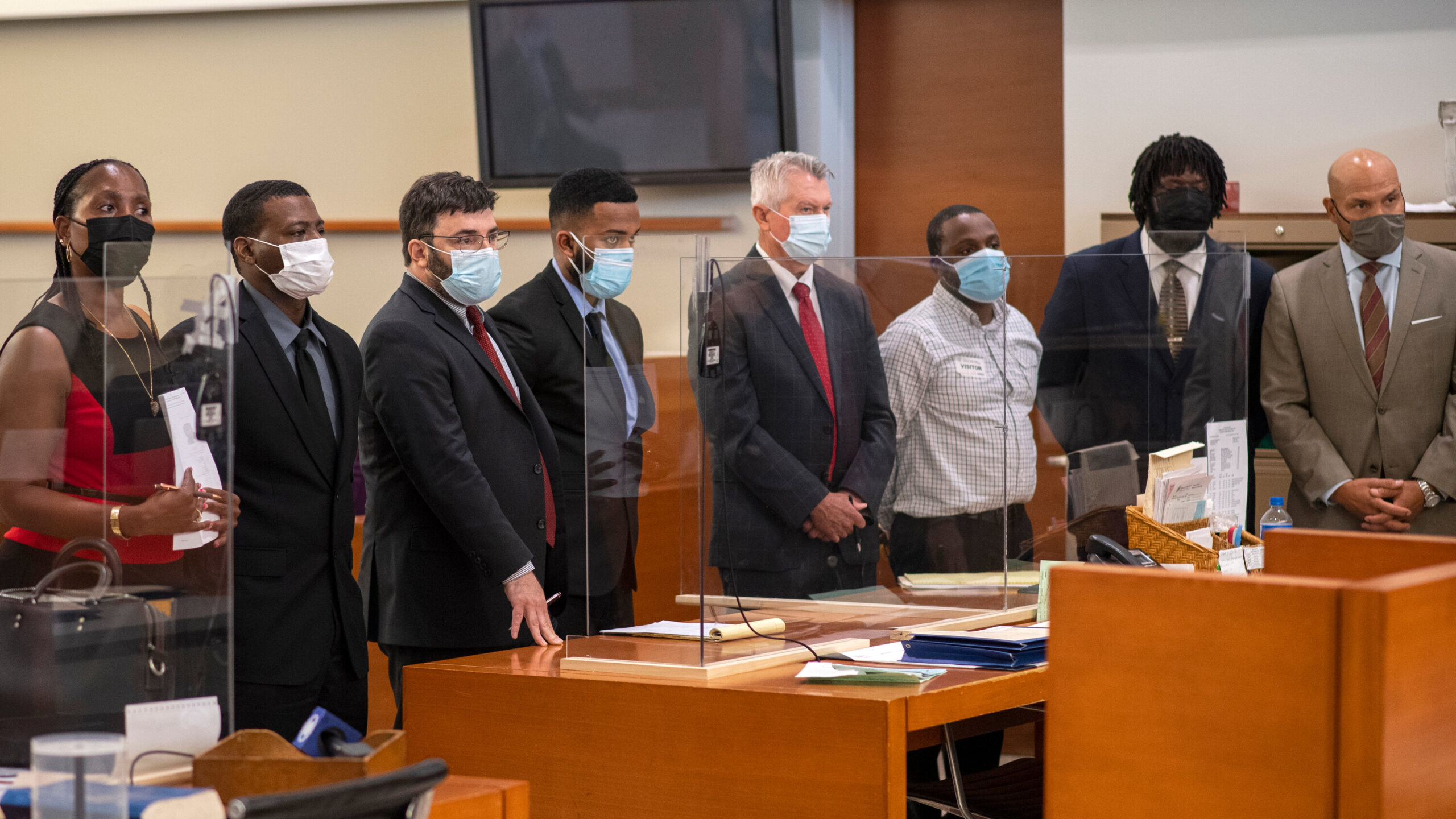 Four New York City correction officers were arraigned and charged Monday for their inaction in the attempted suicide of an 18-year-old inmate on Rikers Island.

The officers surrendered Monday morning and were arraigned at around 11 a.m.

Two of the officers were suspended and two others have already resigned, according to the Department of Corrections.

It comes after 18-year-old Nicholas Feliciano used a T-shirt and sweatshirt to try to hang himself at Rikers on November 27, 2019.

Feliciano suffered severe brain damage and is in a rehab facility at Bellevue Hospital.

Union officials for the prison have adamantly denied the allegations.

If you are struggling with thoughts of suicide or worried about a friend or loved one, help is available. Call the 988 Suicide and Crisis Lifeline by dialing 988 or 1-800-273-TALK (8255), or text TALK to 741-741 or visit suicidepreventionlifeline.org for free confidential emotional support 24 hours a day 7 days a week. Even if it feels like it, you are not alone.