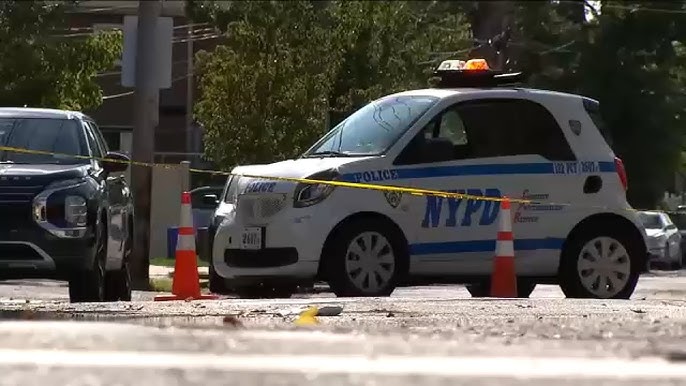 Tables were turned on an attempted robber with a fake gun who ended up dead after the two young victims used martial arts to defend themselves.

In an exclusive interview with Eyewitness News reporter Darla Miles, the accused robber’s family says the story doesn’t add up.

“It sounds like it should be investigated a lot more,” said the victim’s cousin George Pirola.

The NYPD and the Richmond County District Attorney’s Office are investigating how 33-year-old Robert Compton III ended up dead during what police say was an attempted robbery.

There was a 911 call placed early Sunday morning just before 2 a.m. to the intersection of St. Albans Place and Pacific Avenue in the Eltingville section of Staten Island.

Police say Compton approached two 29-year-old men with a gun and demanded money. They say the two would be victims, turned the tables, physically engaging Compton in order to get control of the gun.

Compton was unconscious when police arrived and was later pronounced dead at the hospital.

“I’m experienced in martial arts, my wife is too, and you know when you have somebody passed out and you let it go at that point,” Pirola said.

“It didn’t sound right to me. You know, two martial arts guys from what I read, knocked the gun out of his hand and then choked him out. They choked him to death,” Pirola said. “Basically, they killed the kid after they had him choked out.”

Compton does have a criminal history including robbery, grand larceny and assaulting a police officer.