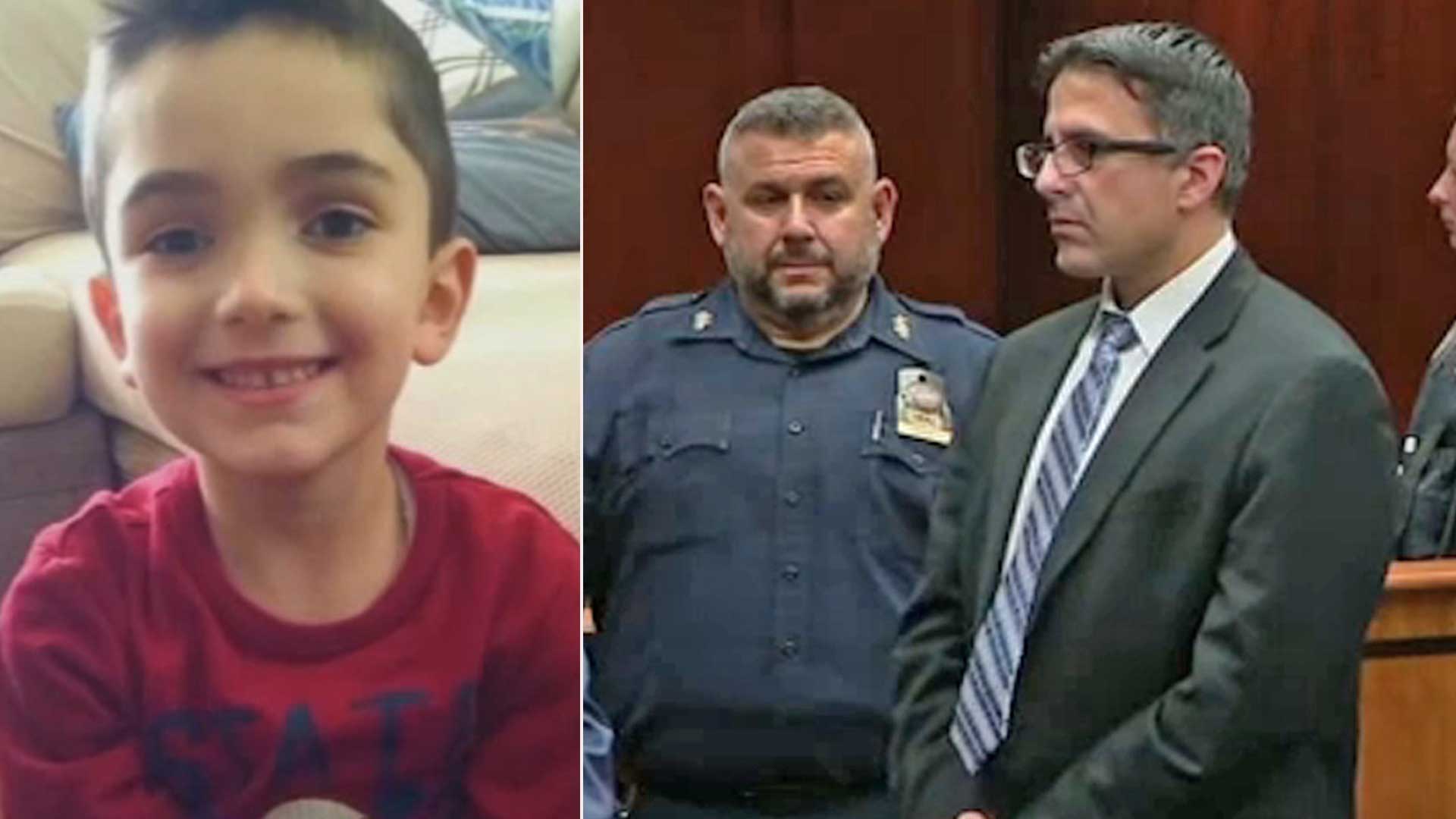 A former NYPD officer was sentenced to 25 years to life in the murder of his son.

Prosecutors say he forced his 8-year-old son with autism, Thomas Valva, to sleep in the freezing garage of their Suffolk County home.

It happened in January 2020. The little boy froze to death.

Prosecutors told jurors during the trial that Michael Valva treated his child poorly in the final moments of his life, screaming at him and striking him as he died of hypothermia.

A tearful Valva read a statement to the judge before being sentenced.

“How did all of us as a community allow this to happen,” an equally emotional Judge William Condon asked out loud to the Riverhead courtroom.

“I don’t think you intended to kill Thomas, not at all,” he said to Valva, who was still crying. “But there is no getting around that Thomas and Anthony lived their lives in constant duress in the place they should have felt safest, their own home.”

“An 8-year-old boy who right now should be getting excited for Christmas is dead, I speak for everybody out there, we can never let this happen again.”

Suffolk County District Attorney Raymond A. Tierney said it was one of the most difficult and heartbreaking cases he experienced in his nearly 30 years as a prosecutor.

The trial of Valva’s ex-fiancée, 45-year-old Angela Polina, is scheduled for February 2023.