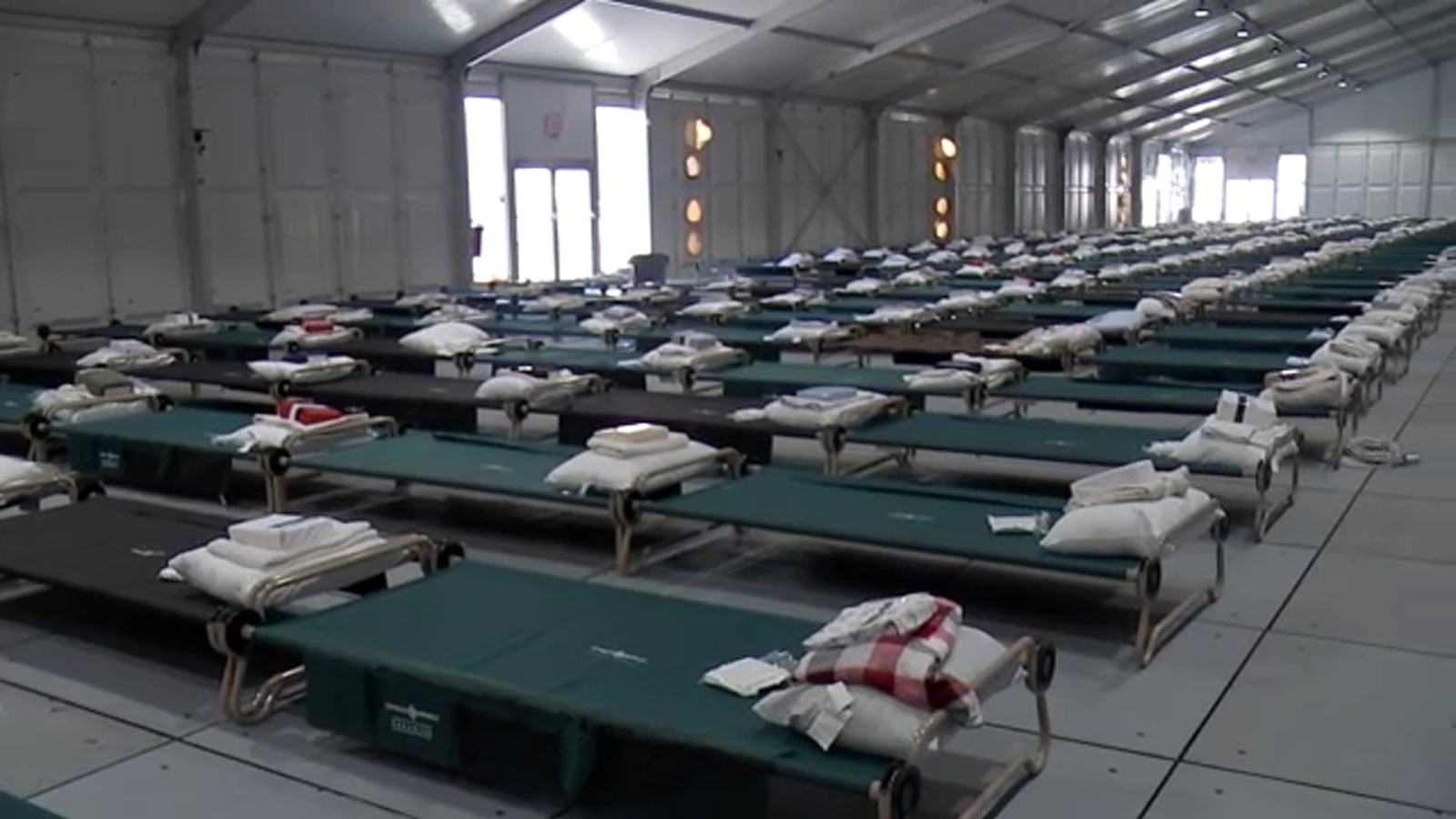 As of Sunday night 20,500 migrants have arrived in the city and 5,000 of them have been moved on to their final destinations of choice.

It’s important to remember the relief centers are processing sites to get migrants where they want to go.

The Humanitarian Emergency Response and Relief Center, or HERRC, has couches, TVs, board games, phones with the ability to make international calls and a dining hall.

It has everything city officials say a migrant may need after a long treacherous journey.

“Those meals are all culturally appropriate,” said Emergency Management Commissioner Zach Iscol. “It is South American fare. The menu rotates on a regular basis.”

There’s also laundry service for asylum seekers along with showers and places to sleep.

There are almost 1,100 cots, but for now, the HERRC will take in half of that so migrants will be spread out on every other cot, with the ability to scale up quickly if needed.

City officials say to consider it an extension of Port Authority where busloads of migrants are arriving daily from Texas with zero coordination.

“Forty-five minutes is not enough time to reach a family member who you may not have spoken with for days, weeks, months, years,” said H+H Senior Vice President for Ambulatory Care and Population Health Dr. Ted Long.

“We needed a different type of operation that gave us the time and space to welcome people, to provide them a warm meal, a shower, a place to sleep, to understand their medical needs,” Iscol said.

City officials say they’re working with the state to get bus service and that they have an evacuation plan for coastal storms. They say the structures can withstand 90mph winds and are heated to 70 degrees.

They say they’re not focused on a migrant’s length of stay, but the goal is to get them on their way within 96 hours.

“Some people we were able to find where they want to go and get them there in one day, some families two days,” Long said.

The HERRC is for single men only. As of now there aren’t enough single women arriving to open a HERRC, but the city will do so if needed.

There have been fewer buses arriving from Texas over the last few days.