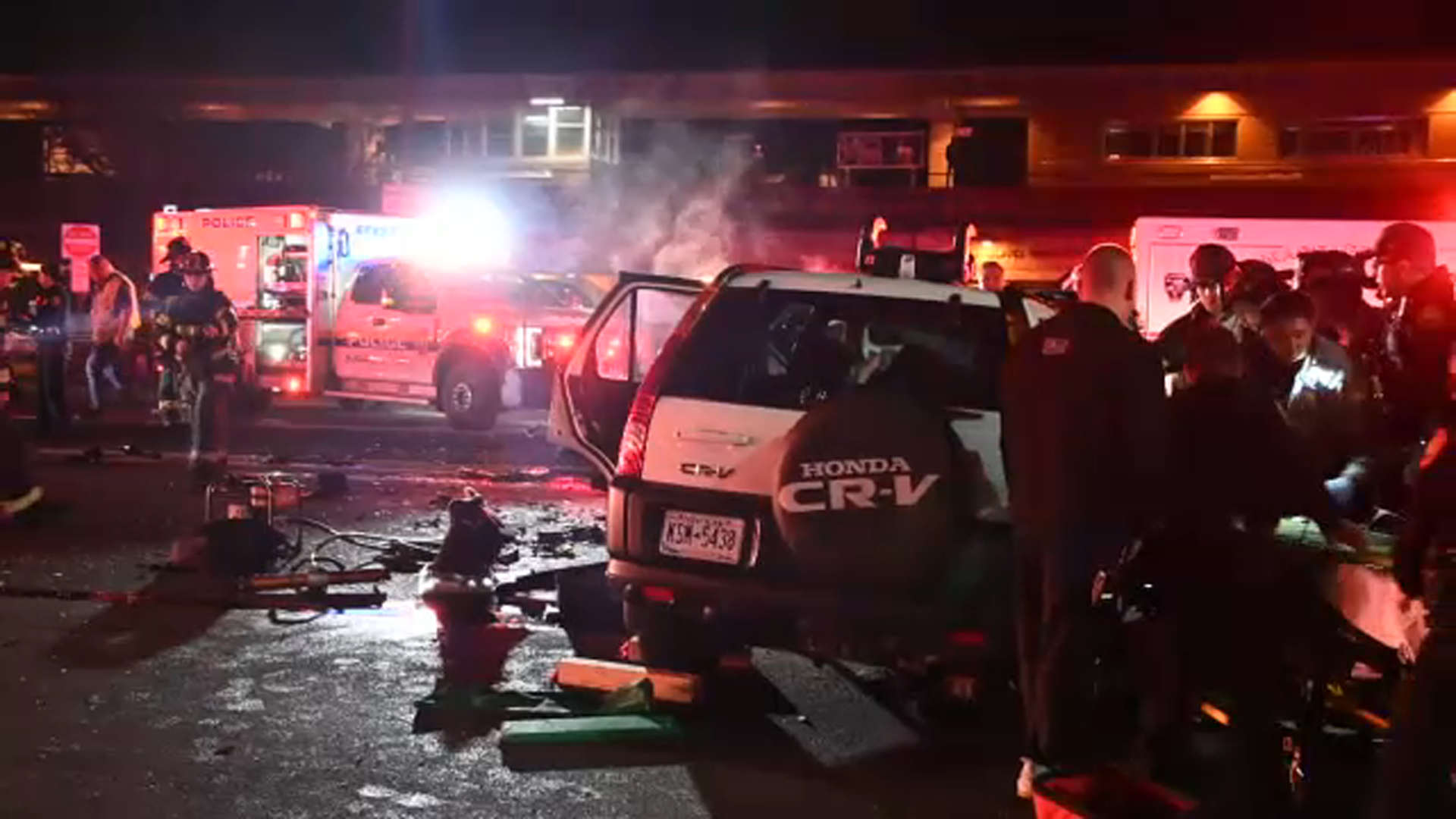 A driver on Long Island is charged with manslaughter and DWI after a wrong-way crash on Sunrise Highway that left one man dead and three others injured.

A 24-year-old male passenger in the Civic was killed and its 28-year-old driver was injured.

The 29-year-old male passenger in the SUV is in critical condition.

The driver, identified as Juan Deleon Collado, 29, of Freeport, was also taken to the hospital for injuries and is in police custody.