4 suspects in custody after speeding car drives on sidewalk, causes crash in the Bronx  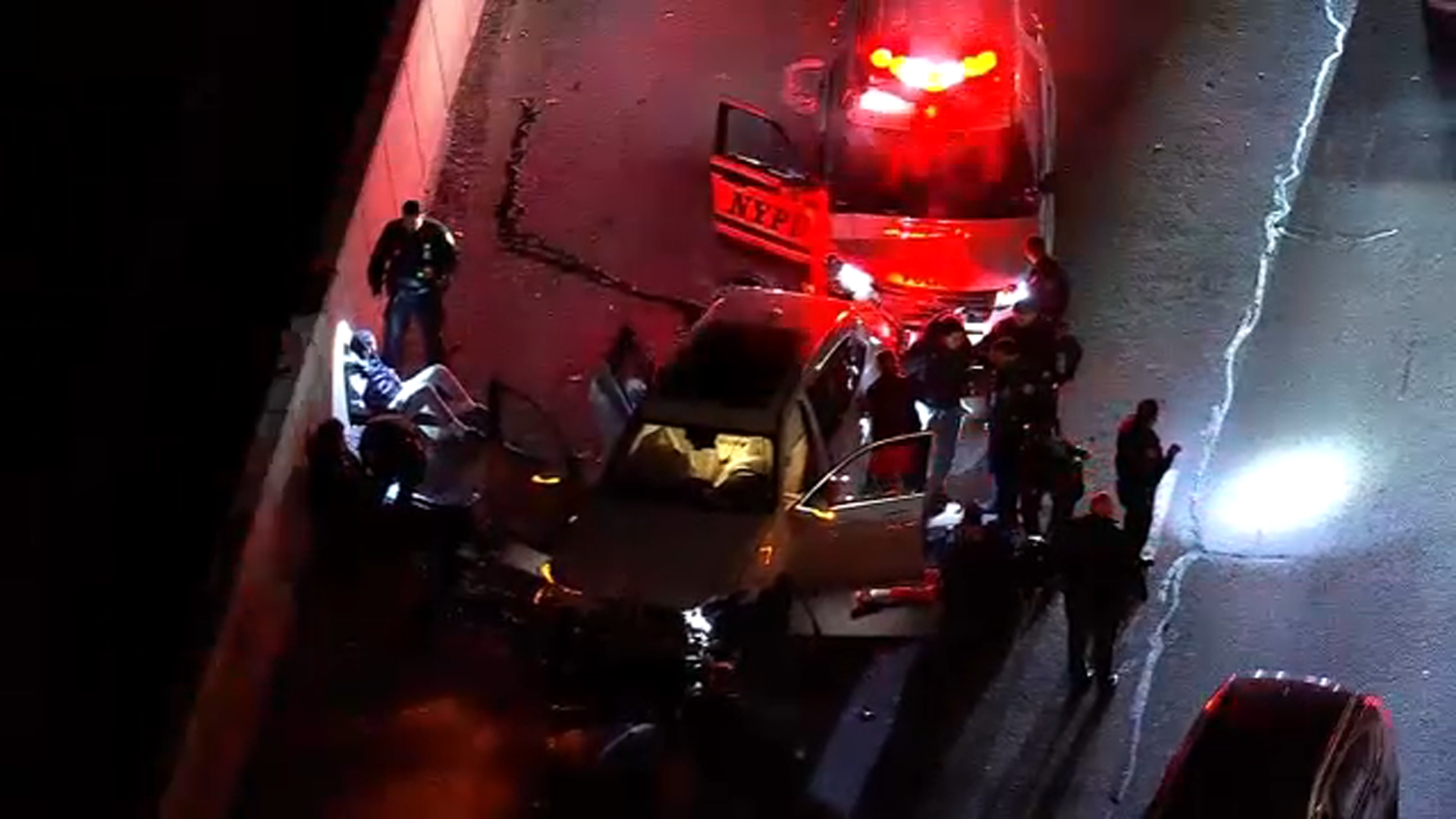 Police took four men into custody after chasing down a speeding vehicle that caused mayhem in the Bronx Friday night.

The incident unfolded around 5 p.m. when police officers from the 52nd Precinct saw a white BMW speeding southbound on Webster Avenue and Mosholu Parkway.

The driver of the vehicle then ran a red light and drove on the sidewalk before going on the Bronx River Parkway, where it crashed into two vehicles.

Local news helicopters were over the scene as the four men were taken into police custody.

Video showed one of the suspects being pinned to the ground as police were putting him into handcuffs.

Another was being held up against the apparent stolen vehicle, and a third was propped up against a barrier.

It’s unknown if any officers were injured in the incident.