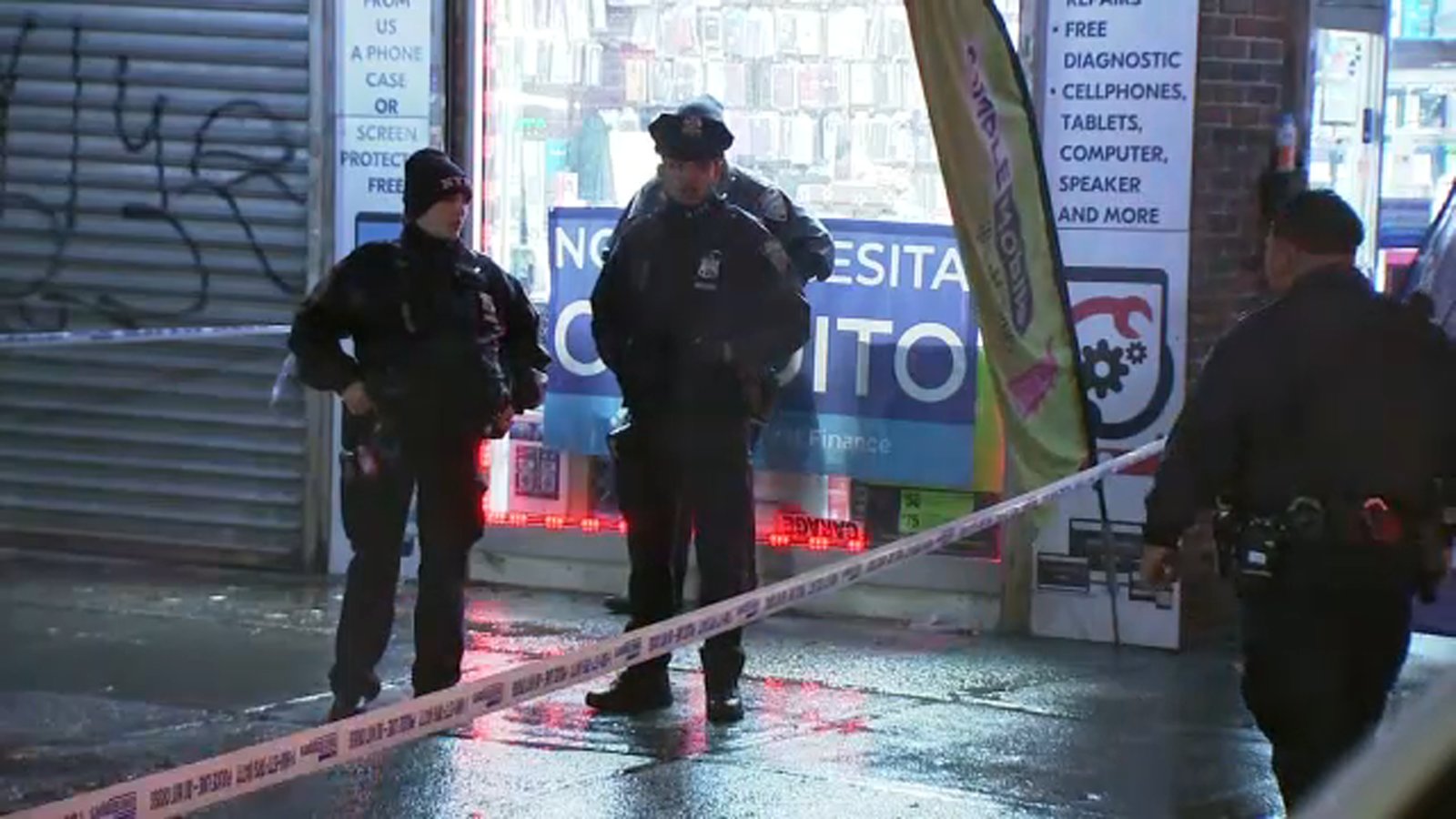 Three men were shot outside a bodega in Queens, police say.

Two victims were shot in the leg, and one victim was shot in the hip. They were all taken to Harlem Hospital, where they are expected to be okay.

The circumstances surrounding the shooting are unknown.