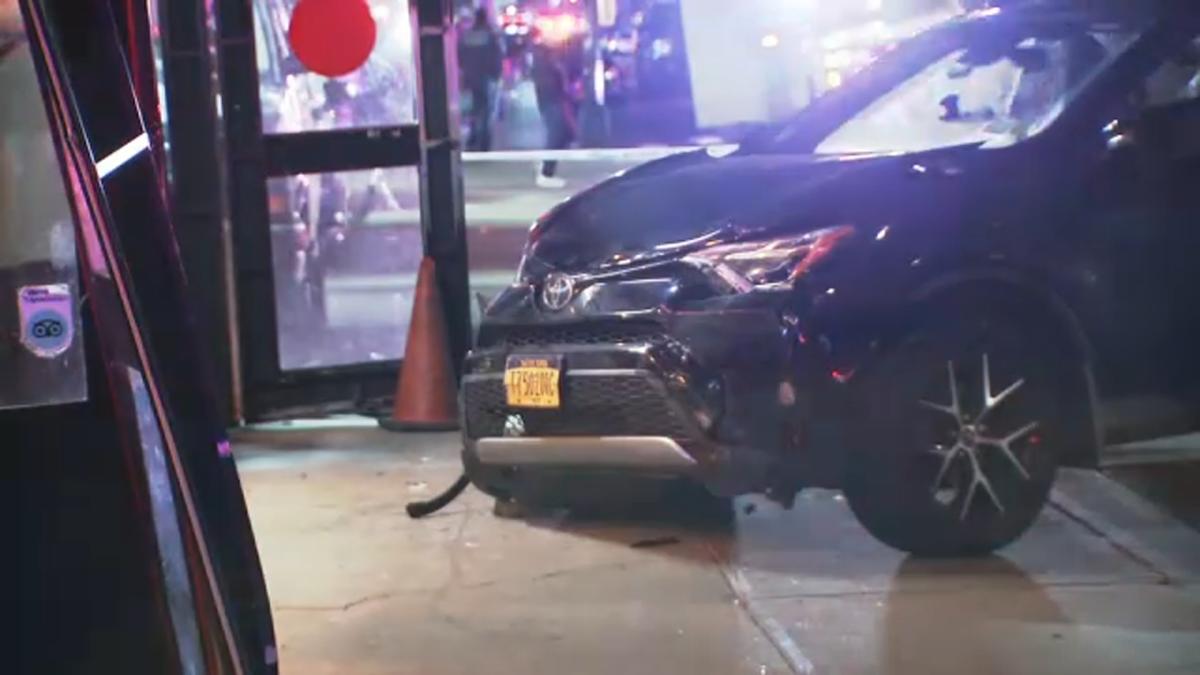 A white Audi sedan is being sought in the crash that sent a SUV into the front of an Inwood restaurant Monday night, injuring 22 people.

The occupants of the white Audi may have been in a dispute at a nearby gas station, and in speeding off, struck a Toyota Rav 4 livery vehicle, which was operating as an Uber.

The force of the crash sent the Rav 4 careening into the front of the Inwood Bar and Grill just before 9 p.m.

22 people were injured, all apparently by flying glass and debris.

19 were taken to area hospitals. The most seriously hurt was a 10-year-old girl with a possible broken leg. She was rushed to New York Presbyterian Hospital-Columbia.

A 7-year-old child was also injured.

The 32-year-old Rav 4 driver was also treated for minor injuries.

Three other people declined medical attention at the scene.

Detectives are looking into whether the occupants of the Audi were speeding away from a dispute at a nearby gas station when the vehicle struck the Rav4 and took off.