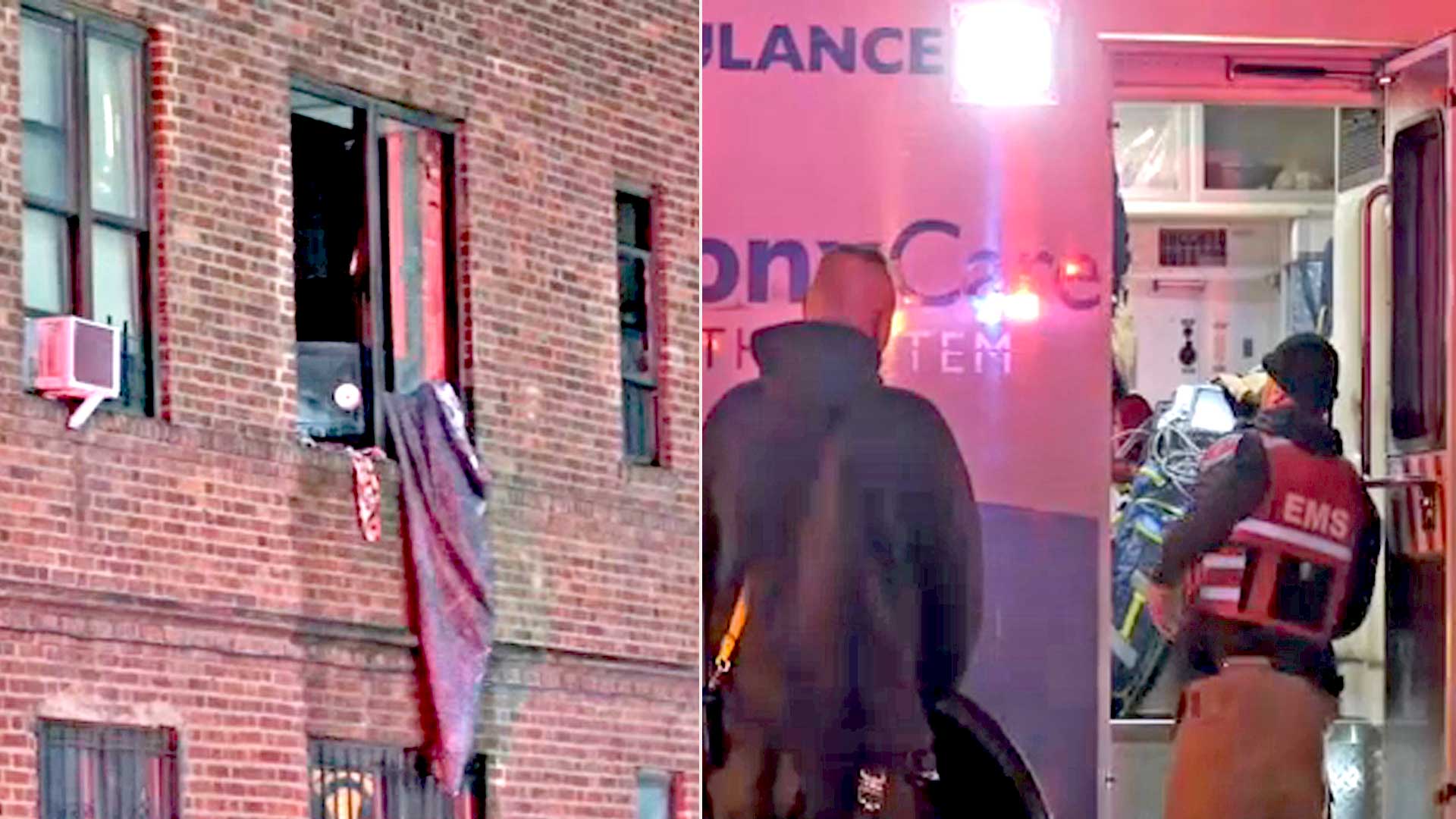 Two people, a 20-year-old woman and a 60-year-old man, have died from injuries suffered in an early Thanksgiving morning kitchen fire in the Bronx.

Two other women, ages 62 and 63, remain in critical condition at area hospitals.

The fire broke out in a second floor apartment on Harrison Avenue in Morris Heights at around 5:30 a.m.

The victims were later identified by police as 20-year-old Odalys Aramboles and 60-year-old Perfecto Aramboles.

The blaze is being investigated as a possible electrical fire. There is discussion it started in a hallway closet next to the kitchen, but the investigation continues.

The cause remains under investigation.