Video shows moose on the loose in Connecticut parking lot 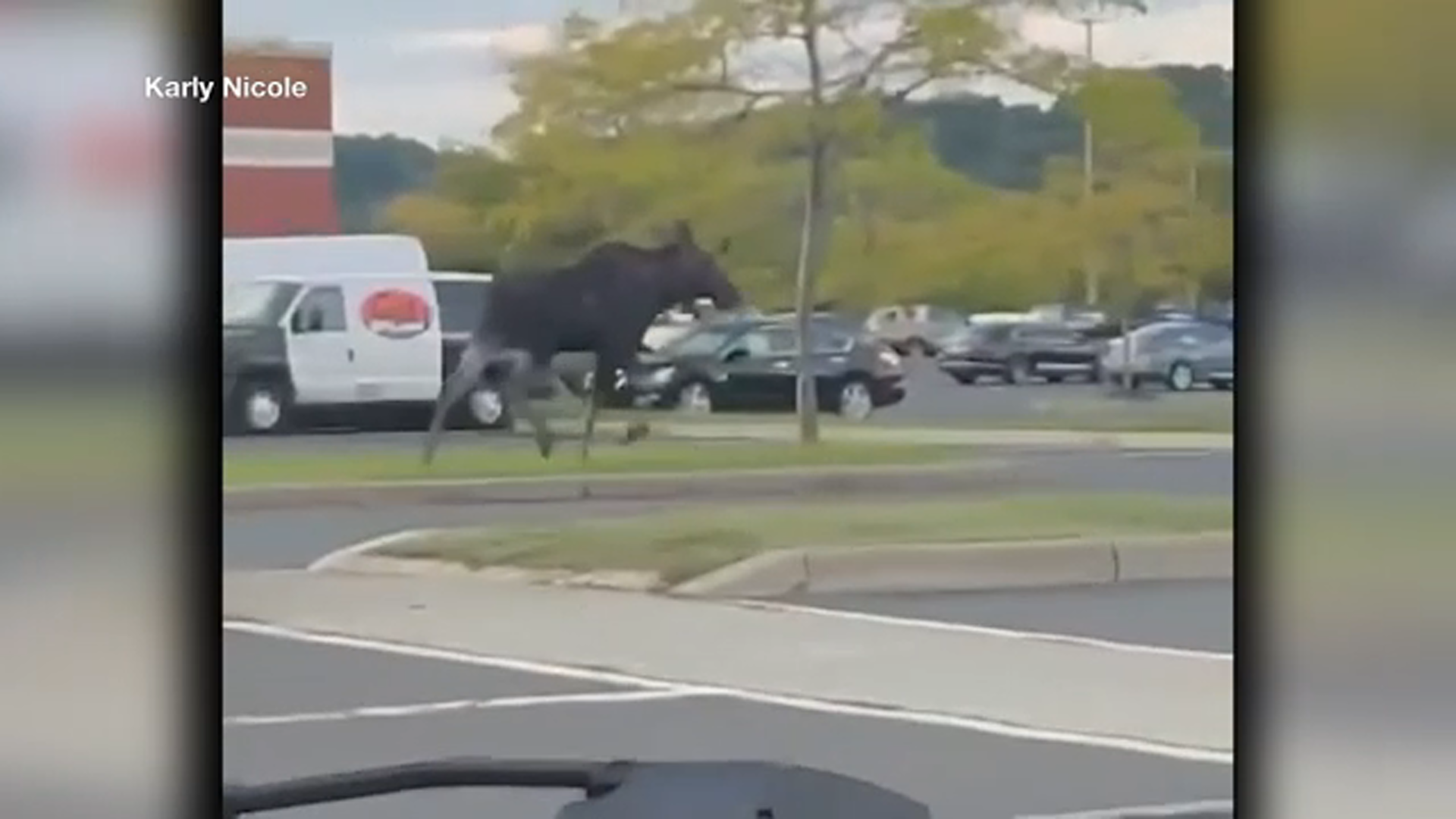 The animal was seen running next to parked cars outside a movie theater in Danbury last weekend.

Another video from a doorbell camera shows what could be the same moose or a similar one roaming around the city.

State environmental officials are asking drivers to be on the lookout after recent sightings across the state.

They estimate there are only about 100 moose in all of Connecticut.