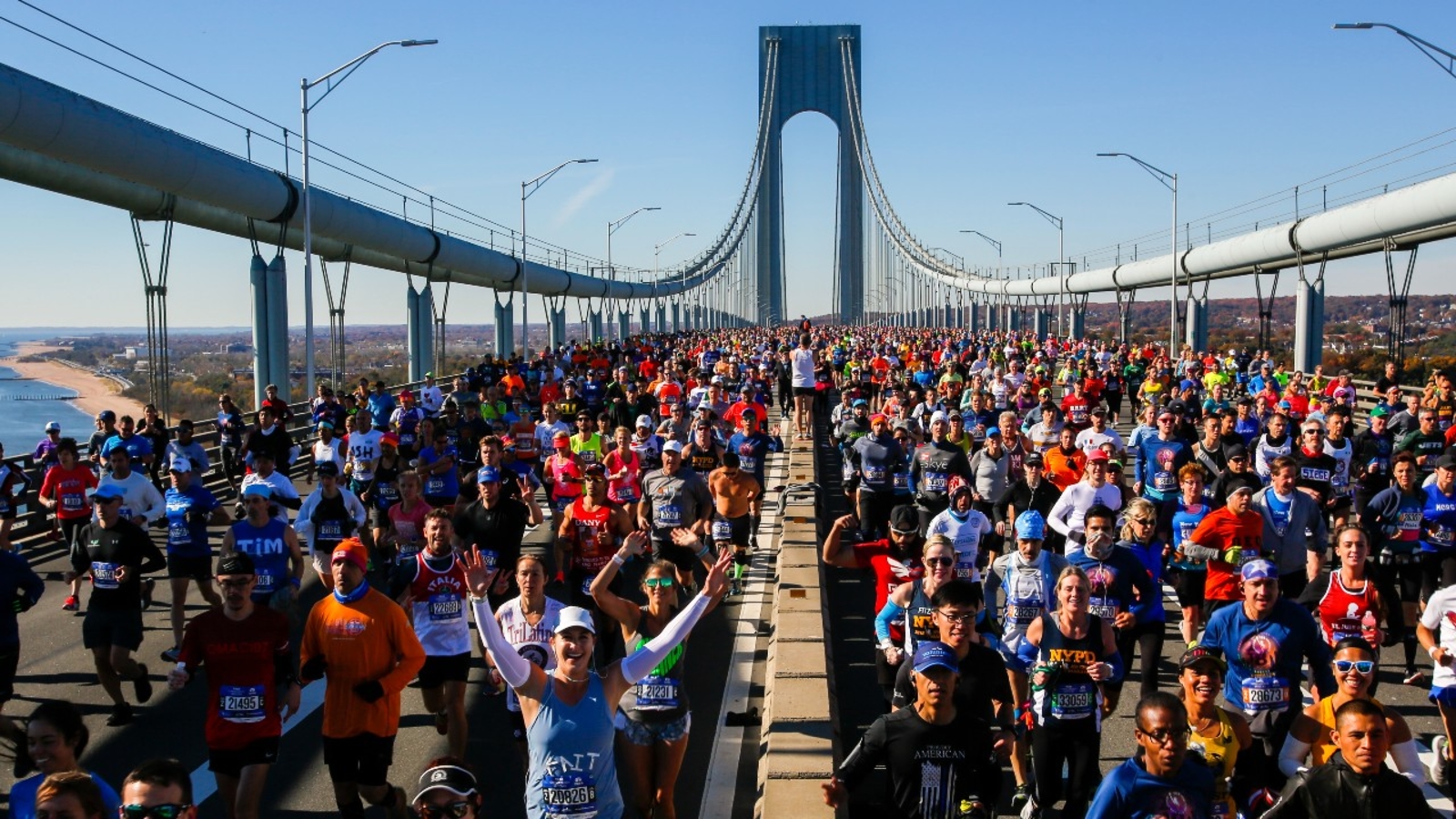 From the Verrazzano Bridge to Central Park, tens of thousands of runners are taking on the TCS New York City Marathon on Sunday.

Runners will wind their way through all five boroughs all for the glory of crossing the finish line.

The wheelchair and handcycle division races got underway just before 8 a.m. while the professional men and women runners were ready to hit the starting line shortly after 8:30 a.m.

The 2022 marathon is expected to be the biggest since the start of the pandemic with more than 50,000 runners from 150 countries.

All of the pro runners were excited the NYC Marathon will be back to full strength. The race will be at full capacity for the first time since 2019. The 2020 event was canceled, and the 2021 race went off with a shrunken field of 25,010 runners because of the coronavirus pandemic.

An unseasonably warm day is forecast on Sunday, with temperatures approaching 70 degrees.

HOW TO WATCH THE TCS NEW YORK CITY MARATHON

Marathon Day in New York is coming up November 6th! The TCS New York City Marathon will be broadcast to more than 530 million homes around the world, with a Spanish language broadcast being produced nationwide for the first time by ESPN.

WABC-TV and ESPN2 have been home to the award-winning broadcast of the world’s largest marathon since 2013.

Joining the talent team for this year’s domestic broadcast will be five-time TCS New York City Marathon champion and 13-time Paralympic medalist Kurt Fearnley and running reporter Chris Chavez. Fearnley will be in the broadcast booth as a race analyst for all four professional divisions, and Chavez will make his broadcast debut on the men’s moto. John Anderson, Lewis Johnson, three-time Olympian and former American record-holder Deena Kastor, Sage Steele, and Olympian Carrie Tollefson will round out the national talent.

A two-hour encore presentation of the race broadcast will air on ABC affiliates around the country from 3:00 p.m. to 5:00 p.m. EST.