New Superman will come out as bisexual 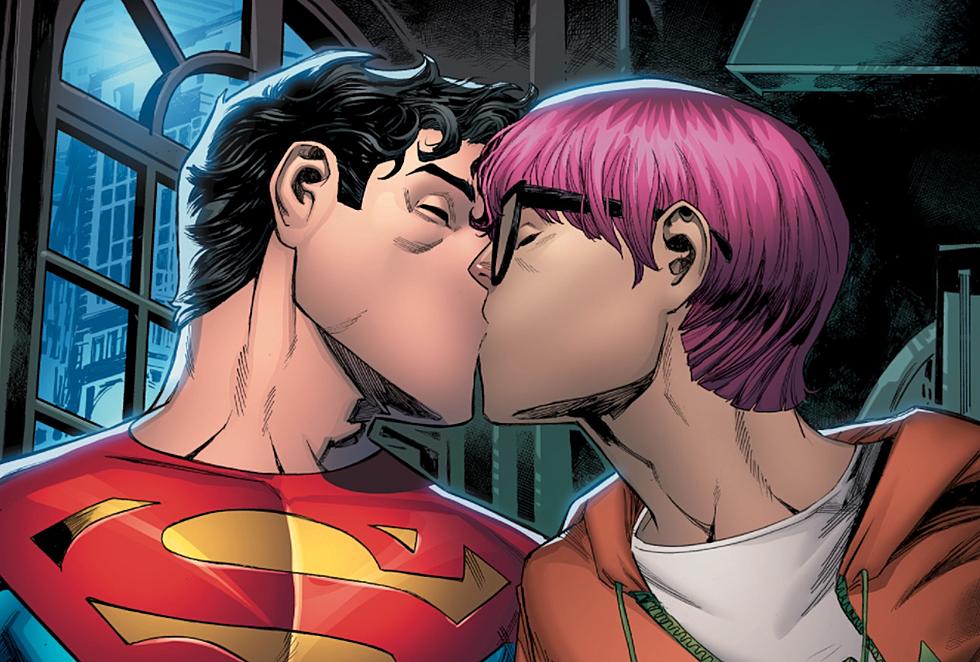 Faster than a speeding bullet, change is coming to the Superman comics.

The new Superman, Jon Kent, will come out as bisexual in a new issue, DC Comics said Monday in a groundbreaking announcement.

The comic book will feature Jon, the son of Clark Kent, beginning a relationship with a male reporter, Jay Nakamura.

“I’ve always said everyone needs heroes and everyone deserves to see themselves in their heroes and I’m very grateful DC and Warner Bros. share this idea,” writer Tom Taylor said.

“Superman’s symbol has always stood for hope, for truth and for justice. Today, that symbol represents something more. Today, more people can see themselves in the most powerful superhero in comics.”

An illustration by artist John Timms shows Jon sharing a kiss with Jay, who supports the hero during his quest to save others in crisis.

“We talk a lot about the power of the DC Multiverse in our storytelling and this is another incredible example,” Jim Lee, publisher and chief creative officer at DC Comics, said Monday.

“We can have Jon Kent exploring his identity in the comics as well as Jon Kent learning the secrets of his family on TV on Superman & Lois. They coexist in their own worlds and times, and our fans get to enjoy both simultaneously.”

The first issue of “Superman: Son of Kal-El” debuted in July. The comic-book series centers on Jon stepping into the hero role long held by his father.

DC Comics’ announcement came on National Coming Out Day, when President Biden voiced his support for the LGBTQ community.

“I’m incredibly honored to be working beside Tom on the SUPERMAN: SON OF KAL-EL series showing Jon Kent tackling his complex modern life, while also saving the world from its greatest threats, villains and menaces,” Timms said.

“My goal in writing has been and will always be to show just how much God loves you,” writer Meghan Fitzmartin tweeted in August. “You are so incredibly loved and important and seen. Forever grateful to be trusted with Tim Drake and his story and honored to work.”

The Superman character was first introduced in 1938 in the “Action Comics” book. Clark Kent — also known as Kal-El — is the human character who has most frequently embodied the hero over the decades.

Many are excited for the new era of Superman.

“JON KENT IS BISEXUAL!” wrote the Twitter user @ComicGirlAshley. “SUPERMAN IS LGBTQ+! THIS IS SO COOL!”

Another named @jetblacjetblac tweeted, “As a bi guy myself, it warms my heart to see myself reflected in a character as iconic and kind as Superman. Never thought there was even a chance for that to happen!”