‘Discrepancy’ leads NYC Board of Elections to remove voting results 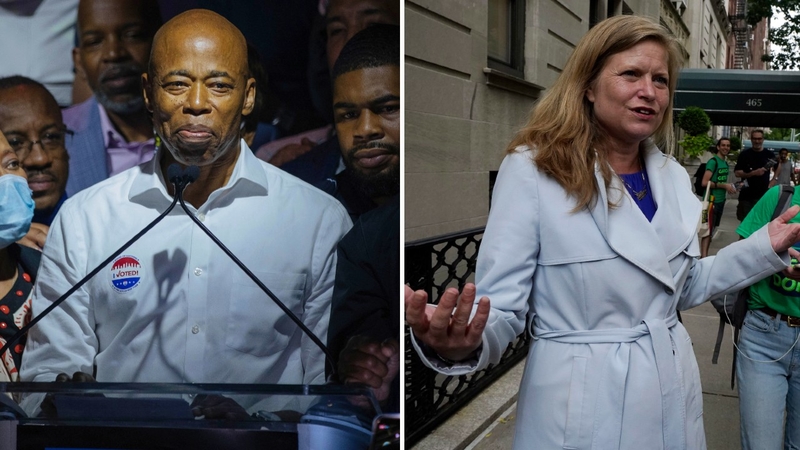 The New York City mayoral primary took a dramatic turn on Tuesday night as hours after releasing the results, the elections board revealed a “discrepancy” in the report.

The New York City Board of Elections wrote in a tweet late Monday night that it was determined that ballot images used for testing were not cleared from the Election Management System.

The revelation added disarray to the city’s first mayoral election to use ranked choice voting and a seed of uncertainty to the outcome.

The website with the unofficial election night results took down the earlier results and now displays a message that the first ranked choice results will be available starting Wednesday.

The first round of ranked choice tabulation Tuesday showed that Brooklyn Borough President Eric Adams lost much of his lead in the Democratic primary for mayor of New York City and was leading by fewer than 16,000 votes over former sanitation commissioner Kathryn Garcia.

Based on those initial results, Adams stood at 51.1%, Garcia was in second with 48.9% and Maya Wiley was eliminated.

He released a statement following those results, saying he had asked the BOE to explain “irregularities” before commenting.

“The vote total just released by the Board of Elections is 100,000-plus more than the total announced on election night, raising serious questions,” Adams said. “We have asked the Board of Elections to explain such a massive increase and other irregularities before we comment on the Ranked Choice Voting projection. We remain confident that Eric Adams will be the next mayor of New York because he put together a historic five-borough working class coalition of New Yorkers to make our city a safer, fairer, more affordable place.”

The BOE responded, indicating more scanners are reporting in Tuesday’s rank choice voting data than on election night, when votes were tabulated from 96% of scanners.

“We are aware there is a discrepancy in the unofficial RCV round by round elimination report,” the BOE tweeted. “We are working with our RCV technical staff to identify where the discrepancy occurred. We ask the public, elected officials and candidates to have patience.

Garcia had initially said her team was waiting for every vote to be counted.

“We are closely monitoring and waiting for information from the BOE,” Garcia’s team said. “We encourage all New Yorkers to be patient and we hope when an update comes it includes a transparent explanation of the process.”

This week’s tabulation in the NYC mayoral primary will not be final, because it does not include more than 124,000 absentee ballots. However, it is supposed to show a complete tally of in-person voting.

As many expected, Garcia picked up enough 2s and 3s to jump Wiley and eliminate her in the final round while closing the gap on Adams.

Meanwhile, Wiley released a statement saying the results of the voting system must be supported:

“Democracy, as John Lewis said, is an act. And New York City residents engaged in one of the central acts of democracy! They voted. And they acted when they chose overwhelmingly to adopt ranked-choice voting. I said on election night, we must allow the democratic process to continue and count every vote so that New Yorkers have faith in our democracy and government. And we must all support its results.”

The board is expected to do another round of analysis next week which will include the absentee ballots.

In the Republican mayoral primary, Guardian Angels founder Curtis Sliwa cruised to a decisive victory over Fernando Mateo, with over 70 percent of the vote.

Meanwhile, in the comptroller’s race, Brad Lander is now 3.4% ahead of Corey Johnson, or 19,979 votes — with the same number of absentee votes to be counted.