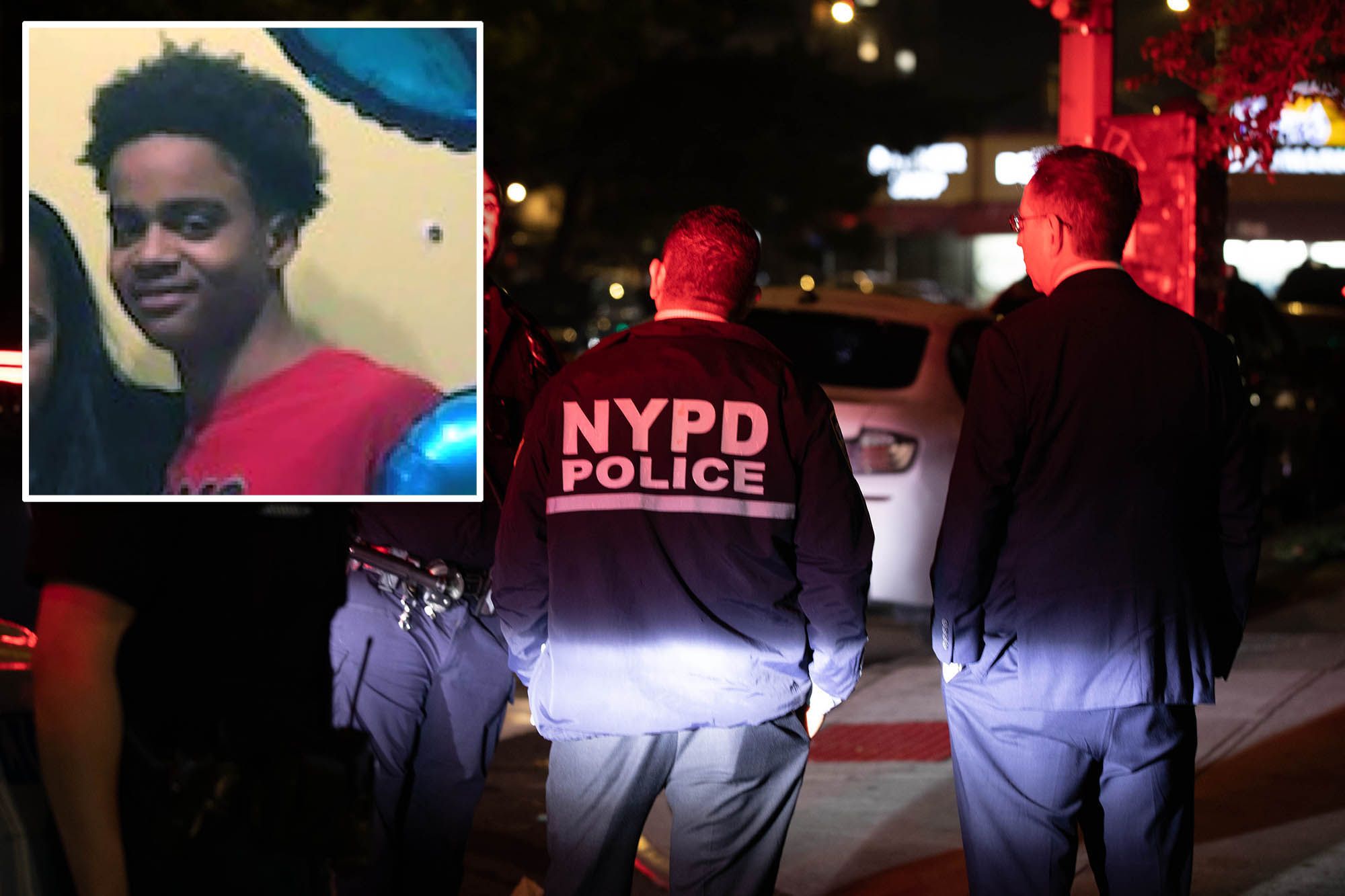 Cops have arrested two more teens in the fatal gang-related shooting of a 16-year-old Bronx boy.

The slaying was part of a shocking chain of revenge killings that shook the city over the summer, police said Friday.

Hasib Cutts, 19, and an unidentified 16-year-old boy were both charged with murder, manslaughter and gun possession charges.

They were allegedly part of a group that viciously tracked down Ramon Gil-Medrano and shot the teen once in the head and once in the torso as he sat in the back of a livery cab on E. 178th St. and Valentine Ave. in Tremont around 11:35 p.m. on July 11, cops said.

Cutts was apprehended on Aug. 19, although cops did not announce his arrest until Friday. The 16-year-old suspect was taken into custody on Sept. 10.

Two other suspects, 19-year-old Mekhi Williams and an unidentified 15-year-old boy, were arrested a week after Gil-Medrano was killed, cops said. The names of the two younger suspects are not being released because of their ages.

Investigators believe Gil-Medrano’s murder came in retaliation for the slaying of 13-year-old Jaryan Elliot, who was shot earlier in the day, sources said. Gil-Medrano was present when Elliot was gunned down around 3:15 p.m. on July 11 and was believed to be a member of the 800 YGz gang.

Police suspect Elliot was killed in retaliation for the murder of Tyquill Daugherty, 19, on July 7. Sources said Elliot was at the murder scene on Prospect Ave. and E. 182nd St. — and may have played a role luring Daugherty there.

“We’ve had a bad run in the Bronx involving gang violence and young kids,” Police Commissioner Dermot Shea said after Gil-Medrano was gunned down. “This is what keeps me up. It kept me up last night. What are we going to do about this?”

The 15-year-old suspect spotted Gil-Medrano in the back of a livery cab and fatally shot him in the head and chest, according to prosecutors.

“It gives me a little bit more peace — at least they won’t be able to continue to kill people,” Gil-Medrano’s mother, Yvonne Medrano-Feliz, told reporters after Williams and the 15-year-old were arrested. “How is it that such young kids are already able to do such harmful things?

Gil-Medrano was shot but survived on July 7, 2020 in Crotona. Nobody was arrested in the prior shooting, and police said Gil-Medrano refused to help detectives.

Despite his legal woes, Gil-Medrano’s family said he had begun to turn his life around after he was shot last year.

“He surrounded himself with good kids,” said his sister, who didn’t want to give her name. “I don’t think my brother was a gang member … There has been a killing spree with young teenagers being killed by gun violence, so just because my brother was killed doesn’t mean he was in a gang.”