In Asia and Europe graphene is applied in cell phones and high-end technology, while in Mexico it is used for protection against Covid-19 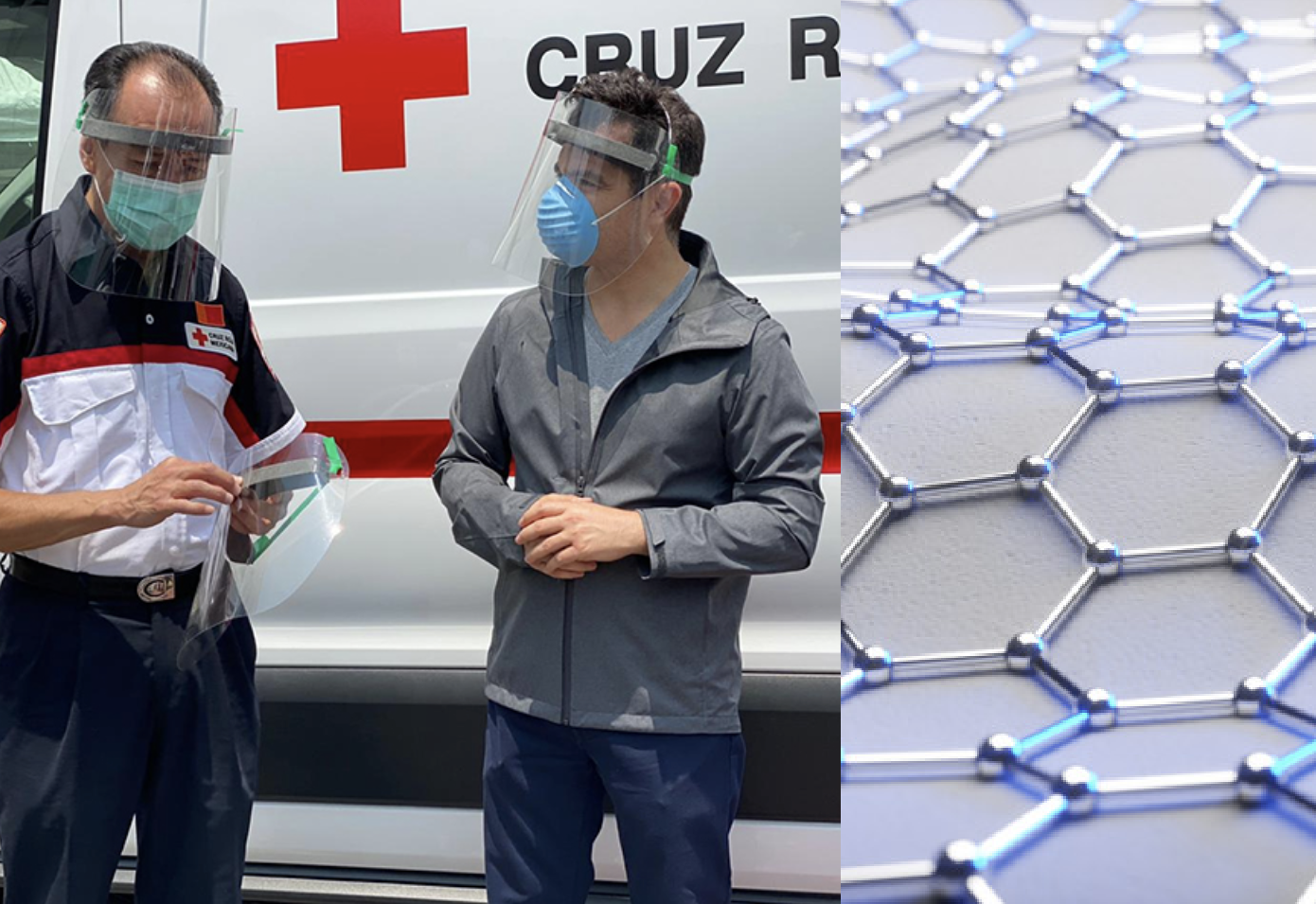 Since two Russian scientists at the University of Manchester received the Nobel Prize in Physics in 2010 for their work with graphene, a new two-dimensional carbon-derived material with unique properties and countless specific applications, the research has continued to yield impressive results.

The task started by Andre Geim and Konstantin Novoselov, initially focused on the production of the so-called “wonder material” at such a high cost that its application was directed towards highly profitable sectors in the areas of technology, medicine and aerospace industry, among other activities with wide profit margins. However, in Mexico that trend has been altered by Graphenemex, a company that until 2019 had successfully ventured into the development of anticorrosive and antimicrobial coatings.

The secret of the success experienced by Graphenemex CEO Antonio Miramontes and a large group of scientists (in which women predominate) is the spectacular reduction in the cost of graphene’s production, which makes it possible to use it in sectors of daily interest, such as their actual focus on materials to combat Covid-19 in their country, that is currently suffering the ravages of erratic government driving.

Graphenemex’s first contribution was a face shield with a double layer of graphene oxide that makes it the only impenetrable protection to the SARS CoV-2 virus worldwide, presented at the end of March and which was strongly supported by the authorities of the leftist government at the country’s capital, where a million samples have been distributed free of charge to the people in an effort to contain the spread of the wave of contagion that drowns the economy of the United States’ neighbor country.

Thus, according to the CNET technology portal, while the telephone company Nokia announced in 2013 that it will start working on technological and computer applications with graphene after receiving 1.5 billion euros from the European Union for this purpose, without any significant results at the moment, in Mexico progress is being made – with little official support – in other applications that would revolutionize the worldwide fight against the lethal coronavirus. In the coming weeks we could be talking about masks, clothes and other accessories with the protection of the “wonder material”.